From the collection: s Education, Learn Economics at Home

From the collections Education, Learn Economics at Home

Register for the Expanded Harvard Course on edX 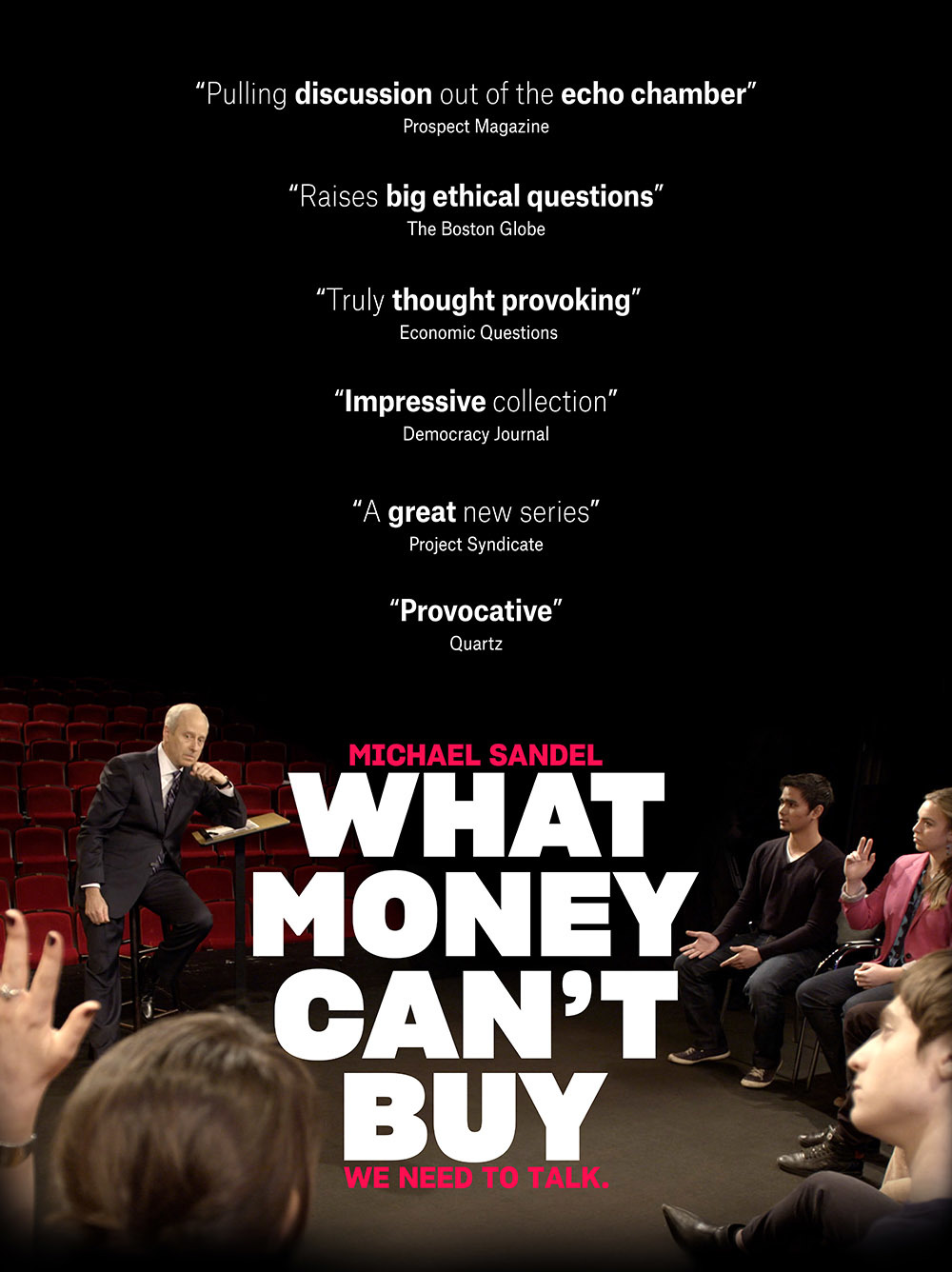 Should you be able to sell your kidney? Should we auction off the right to immigrate? What about paying people to vote? Is there anything wrong with profiting from a stranger’s death? What about scalping tickets to a rock concert — or to a doctor’s appointment?

Harvard Professor Michael Sandel leads twelve exceptional college students from around the world in asking where markets serve the public good, and where they don’t belong. Sandel and his students look at different types of markets—from selling kidneys to selling votes—to better understand a society in which everything, it seems, is for sale. Insights from Joseph Stiglitz, Larry Summers, Minouche Shafik, Greg Mankiw, Dambisa Moyo, Richard Posner, and Robert Barro feature in the debates, which are alternately heated and humorous.

Sex Sells, But Should It?

Sandel is a philosopher with the global profile of a rock star. He’s a Harvard professor who doesn’t just lecture in halls, but in stadiums.

Sandel is currently the most effective communicator of ideas in English.

The best Socratic dialogue since Socrates.

Praise for What Money Can't Buy

The INET original series has garnered praise from economists, journalists, and students for its incisive take on markets and morals. Check out coverage in:

Michael Sandel teaches political philosophy at Harvard University. He has been described as “the most relevant living philosopher,” a “rock-star moralist,” (Newsweek) and “currently the most popular professor in the world.” (Die Zeit)

His writings—on justice, ethics, democracy, and markets—have been translated into 27 languages. His legendary course “Justice” is the first Harvard course to be made freely available online and on television. It has been viewed by tens of millions of people,including in China, where Sandel was named the “most influential foreign figure of the year.” (China Newsweek)

Sandel’s recent books, What Money Can’t Buy: The Moral Limits of Markets and Justice: What’s the Right Thing to Do?, have sold millions of copies around the world and inspired public debate about the big moral and civic questions of our time.

Sandel’s lectures have been the subject of television series on PBS, the BBC, NHK (Japan), and NDTV (India). He has appeared on The Colbert Report, the Today Show, Morning Joe, and Charlie Rose, and currently hosts “The Public Philosopher,” a popular BBC series that explores the philosophical questions lying behind the headlines.

Described by the Guardian as “the man who is currently the most effective communicator of ideas in English,” Sandel’s lively, down-to-earth way of engaging audiences has brought him “the kind of popularity usually reserved for Hollywood movie stars and NBA players.” (China Daily)

Sandel’s lecture tours have taken him across five continents and packed venues such as St. Paul’s Cathedral (London), the Sydney Opera House (Australia), and an outdoor stadium in Seoul (S. Korea), where 14,000 people came to hear him speak.