David M. Smick is a global macroeconomic strategist, magazine editor and author, most recently of the bestseller The World Is Curved: Hidden Dangers to the Global Economy (Penguin Portfolio), which predicted the enormity of the 2008 financial crisis.

Mr. Smick is the Chairman and Chief Executive Officer of Johnson Smick International, Inc., a macroeconomic advisory firm based in Washington, D.C. Founded in 1985, the firm advises a select group of prestigious global financial institutions. The Financial Times has described Mr. Smick as “one of Washington’s premier insiders” in the field of economic and financial policy.

New York Times columnist David Brooks described Mr. Smick’s book The World Is Curved as “astonishingly prescient.” Former President Bill Clinton called the book one of the top three books on the global financial crisis. Translated into 32 languages, the book received the Gold Medal by the Axiom Business Book Awards as the year’s “best book on international business and globalization.” When first available in China, it sold out in two-and-a-half weeks.

Mr. Smick began his career in Washington in 1975 as a member of the minority policy staff of the United States Senate. From 1978-84, he served as chief of staff to a member of the leadership of the U.S. House of Representatives. From 1986 to 1990, working with Senator Bill Bradley (D-NY) and the congressional leadership of the House and Senate, Mr. Smick organized a series of “U.S. Congressional Summits on the Dollar and Trade” attended by heads of state, finance ministers, and central bank governors. The Washington Post noted that those gatherings helped set the stage for the Plaza and Louvre Accords, and “paved the way for Brady Bonds.”

Mr. Smick has advised both Republican (Ronald Reagan) and Democratic (Bill Bradley) U.S. presidential candidates. His views on domestic and international economics have appeared in the Wall Street Journal, the Washington Post, Commentary, Foreign Policy and the New York Times. He has appeared as a television commentator on CNN, Fox, CNBC and PBS.

To Save Capitalism, Make it Work for Average Folks 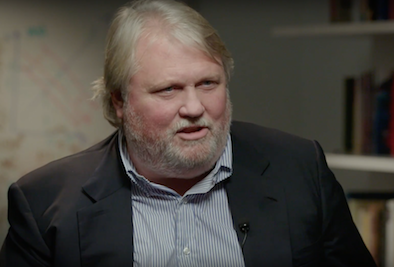 Smick argues that distortions of capitalism have fed populist rebellion, and that reviving a capitalism that offers opportunity for average people to increase their earnings is an urgent priority if America’s political economy is to be stabilized.