Cryptocurrency was supposed to change the economic outlook for Black America. For many, it made things worse.

If time is money, then why is it often ignored in relation to inequality and gender?

Inequality, in many ways, may be the biggest question of our times. And yet it is a topic that is still underexplored in conventional economics curricula.

What Next for the Post Covid Global Economy: Could Negative Supply Shocks Disrupt Other Fragile Systems?

Varieties of the Rat Race

Exorbitant Privilege? On the Rise (and Rise) of the Global Dollar System

Myth and Reality in the Great Inflation Debate: Supply Shocks and Wealth Effects in a Multipolar World Economy

By Thomas Ferguson and Servaas Storm

Keep up with our latest news

Thanks for subscribing to our newsletter.

We could not subscribe you to our newsletter at this moment. Please try again later.

The Rise of the Global Dollar System

Why does the apparently prescient and correct “key currency” view remain an embattled minority view?

The War in Ukraine and the Revival of Military Keynesianism

Bankman-Fried, Political Money, and the Crash of FTX

Meet the Grinch Stealing the Future of Gen Y And Z

Varieties of the Rat Race

Conspicuous Consumption in the US & Germany

The Laws of Capitalism

What Next for the Post Covid Global Economy: Could Negative Supply Shocks Disrupt Other Fragile Systems?

The principal threat to economic stability currently is the overhang of debt, both private and public.

Exorbitant Privilege? On the Rise (and Rise) of the Global Dollar System

Things are going to break and central banks are going to have to respond, but the mental frame that most people will be using is not well suited for understanding how the world now works

Myth and Reality in the Great Inflation Debate: Supply Shocks and Wealth Effects in a Multipolar World Economy

A critical reappraisal of the case in favor of monetary tightening pressed by inflation hawks is overdue.

By Thomas Ferguson and Servaas Storm

The Consumer Welfare Standard is severely limited or defective, preventing it from being an appropriate standard for modern antitrust.

By Roman Frydman and Morten Tabor

India: The Path to Sustained Growth for the Next Decade

The 5th edition of the Law Economics Policy Conference (LEPC) is jointly organized by the Institute for New Economic Thinking, INET and FLAME University.

Vikasarth 2022 Session 3: Industrialisation and the Case of Educated Unemployed

Piketty: Quality of Life for Billions of People is at Stake

Can society continue its long-run trajectory and commit to institutional, legal, social, fiscal, and educational systems that can advance equality?

Against the backdrop of frequent calls for debt cancellation and reorganization, the Private Debt Initiative of the Institute for New Economic Thinking is convening a conference on “Debt Restructuring” in New York City on Thursday, February 3rd and Friday February 4th, 2022, hosted by Richard Vague (Secretary of Banking and Securities, Commonwealth of Pennsylvania), Rob Johnson (INET President), and Moritz Shularick (INET Fellow).

A Time Bomb in Global Finance

The Misguided Forces Driving Conflict Escalation Between the US and China 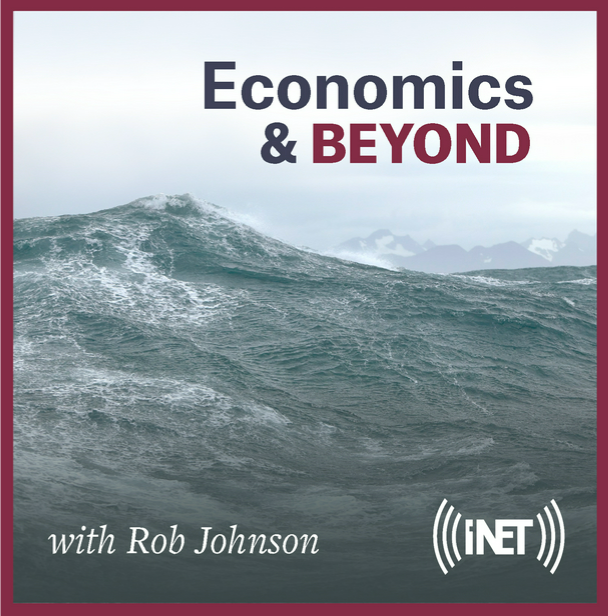 INET in the News

INET Research on Pharma in The American Prospect