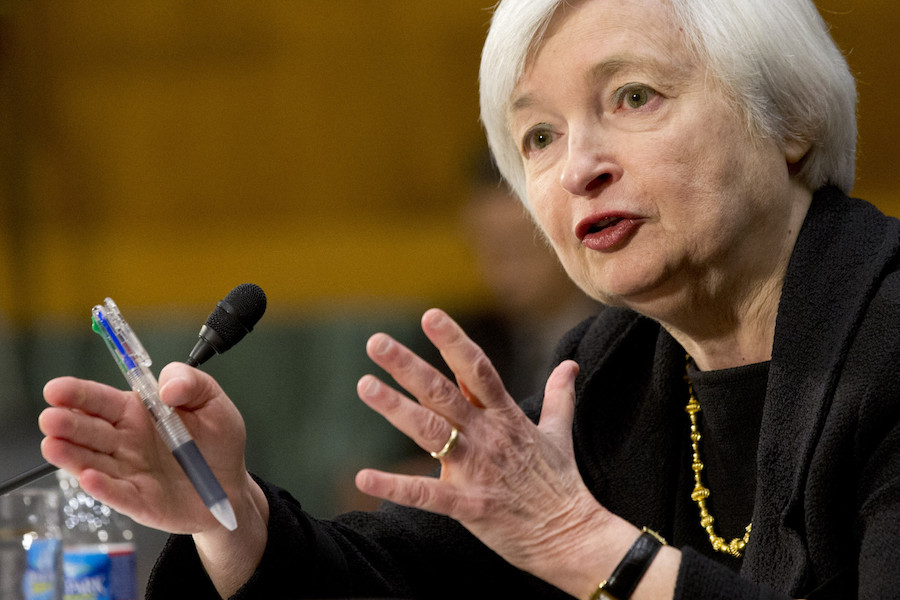 Like the Great Depression and the stagflation of the ’70s, the anemic growth of the U.S. economy can’t be understood or remedied without changes in economists’ thinking

In the annual economic conference organized by the Federal Reserve Bank of Boston, Janet Yellen’s speech was less about the current state of the U.S. economy than it was about the new questions posed for macroeconomics by the Great Recession and the subsequent slow recovery.

The Great Depression and stagflation in the 1970s had each exposed the limits of existing frameworks and inspired new thinking among economists of the time, she argued. The recent crisis has similarly exposed shortcomings in the collective knowledge of the economics profession, and revealed limits in how economists now typically view the economy. Yellen urged new research in certain key areas.

While aggregate supply and demand were mostly viewed as being independent of each other before the crisis, the possibility that persistent insufficient demand adversely affects supply—what economists call “hysteresis effect”—has been called back to the inquiry. Skills-erosion among the unemployed and scaled-back business investments are among factors that could affect the economy’s long-run potential, and the continued downward revisions of the potential output are equally suggestive.

The link between the financial sector and the real economy was another question posed. Traditionally, economics either modeled the financial sector in an overly simplistic manner, or does not include it at all. The crisis surely negated those approaches: Both the size and complexity of finance, and its central role to the modern economy make it critical to understand financial institutions’ behaviors and design policies that properly take them into account.

Yellen also called for further research to inform how heterogeneity of the economy affects aggregate demand, the changing nature of inflation and inflation expectations, and linkages between countries in the unconventional monetary policy environment.

The Institute for New Economic Thinking has recognized many failures of mainstream economics and has worked on pursuing alternatives by, among other things, investigating the very questions posed by Yellen. Earlier this month, the Institute launched an initiative to explore the “secular stagnation” hypothesis, which raised questions including how insufficient aggregate demand might damage aggregate supply. The international linkage aspect is also central to this project.

INET has since its founding focused on the relationship between finance and the broader economy. The award-winning research conducted by William Lazonick on the relationship between stock buybacks and investment in productive capacities is just one example of work done by Institute scholars on the impact of financialization on the real economy. INET also runs research projects modeling heterogeneity in credit markets and studies inflation under low nominal interest rate environments. These projects all aim to broaden the scope of economic research, reflect the realities of evolving social structure, and make economics better solve challenges faced by the humanity.

Like Fed Chair Yellen, we believe the need for new economic thinking is more urgent than ever.