A Teachable Moment for the Economics Profession? 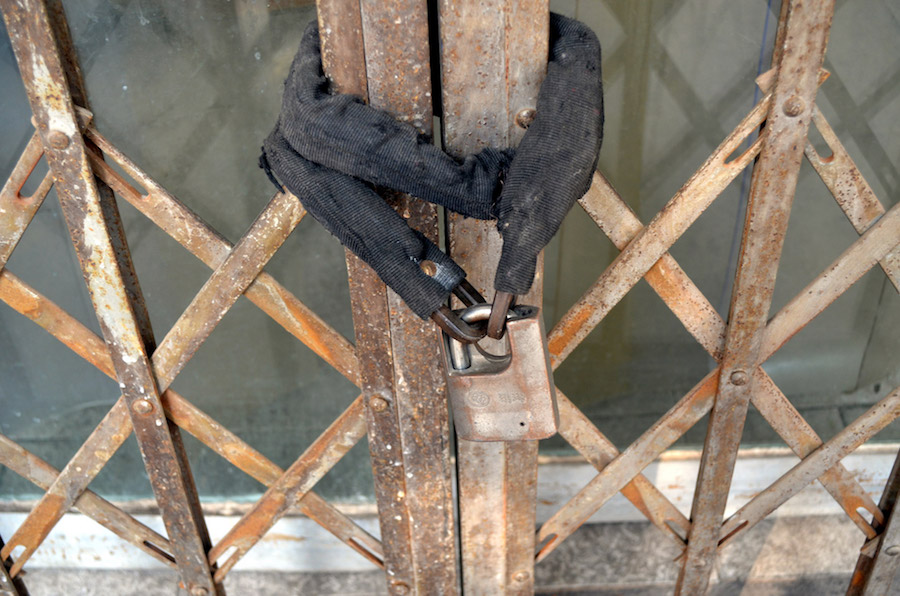 In a recent presentation addressing the question “how should we respond to the next recession?”, Larry Summers noted the limited tools available to policy makers operating inside the orthodox macro-economic policy status quo in the face of a recession he believes may be looming.

“Following my secular stagnation thesis,” he wrote in the Financial Times, “fiscal policy is now important as a stabilization policy tool in a way that has not been the case since the depression.” In the event of a new downturn, he notes, the Federal Reserve would not have room to apply the traditional remedy of cutting interest rates by 4 or 5 percent — because those rates are already so low. Quantitative Easing, he wrote, “is surely already hitting diminishing returns with the yield curve flattening and markets functioning without the illiquidity premia of the early recovery period,” while “Helicopter money” is basically a form of fiscal policy that couldn’t be implemented autonomously by the central bank.

The low interest rates that have become the norm carry their own risks, he adds, serving as “an invitation to leverage, to reaching for yield, to financial engineering and to bubbles” — although raising rates significantly without other policy adjustments risks recession.

Instead, Summers focuses his thinking on a strategy “to raise demand so as to make financially sustainable growth”. He recommends “an expansionary fiscal policy both to make recession less likely and to respond when the next one comes”, adding that “the decline in US infrastructure investment is indefensible in light of recent declines in interest rates, employment opportunities and materials costs.”

Surveying the policy landscape in the face of the looming challenges, he concludes with a profound challenge to the profession: “Much of what economists thought they knew about macroeconomic policy needs to be reassessed in light of recent events. Just as the events of the 1970s and emergence of stagflation throughout the industrial world led to new policy paradigms, I believe that recent events will force us to develop new approaches to thinking about economic fluctuations and inflation which will, in turn, drive major changes in thinking about fiscal and monetary policy.”

What would Keynes say about negative interest rates?

INET contributor Robert Skidelsky is skeptical of the promise of negative interest rates as a monetary policy tool to deal with current challenges. “Negative interest rates are simply the latest fruitless effort since the 2008 global financial crisis to revive economies by monetary measures,” Skidelsky writes. “When cutting interest rates to historically low levels failed to revive growth, central banks took to so-called quantitative easing: injecting liquidity into economies by buying long-term government and other bonds. It did some good, but mostly the sellers sat on the cash instead of spending or investing it.”

The deeper problem, he argues, is what he calls “the folly of relying on monetary policy alone to rescue economies from depressed conditions.”

After warning of the perils of relying on investment being generated by interest rate cuts, he argues that “the only way to ensure that ‘new money’ is put into circulation is to have the government spend it. The government would borrow the money directly from the central bank and use it to build houses, renew transport systems, invest in energy-saving technologies, and so forth.”

He is not unaware of the political perils of advocating fiscal solutions:

“Sadly, any such monetary financing of public deficits is for the moment taboo. It is contrary to European Union regulations – and is opposed by all who regard post-crash governments’ fiscal difficulties as an opportunity to shrink the role of the state.

“But if it is at all true that we are entering a period of ” secular stagnation” and growing joblessness, as Larry Summers and others have argued, a larger investment role for the state is inescapable. Events following the crash of 2008 clearly show that monetary policy on its own cannot achieve a level of economic activity close to its potential. The state must be involved.”

INET Advisory Board member Jeffrey Sachs takes the fiscally-focused challenge to economic orthodoxy even further, throwing down the gauntlet. Referring to the furor over Gerry Friedman’s assessment of Democratic presidential hopeful Bernie Sanders’ economic proposals, he writes: “Mainstream U.S. economists have criticized Democratic presidential candidate Bernie Sanders’s proposals as unworkable, but these economists betray the status quo bias of their economic models and professional experience. It’s been decades since the United States had a progressive economic strategy, and mainstream economists have forgotten what one can deliver. In fact, Sanders’s recipes are supported by overwhelming evidence — notably from countries that already follow the policies he advocates. On health care, growth and income inequality, Sanders wins the policy debate hands down

“Sanders’s mainstream critics are mostly Keynesians. Their focus is on total spending, whether it’s consumption or investment. Sanders, instead, focuses on investment because long-term growth depends on more rapid capital accumulation (including in skills and technology). America’s slow growth is no mystery. The U.S. net investment rate has declined to about 5 percent of GDP, down from about 10 percent of GDP during the 1960s and 1970s. Sanders’s plan would restore a high-investment economy and, with it, a higher growth rate.”

Sachs concurs with Sanders in pointing out that the U.S. has levels of inequality unique among industrialized nations, largely because of the unequal distribution of political influence. Sachs sees the contrast with other prosperous high-income countries such as Canada as evidence that there’s “nothing magical or utopian about Sanders’s recommendations,” merely a different set of political choices which have presented the status quo as immutable.

“Mainstream economists long ago lost the melody line,” writes Sachs. “Their models are oriented to the status quo and underemphasize the benefits of public investment. They take America’s bloated health-care costs as a given, not as the result of the influence of the U.S. private health lobby. They treat low growth as natural (” secular stagnation”) rather than as the result of chronic underinvestment. They have come to accept cruelly rising income inequality and rampant impunity for financial crimes. Sanders knows better, based on worldwide experience, an abiding sense of decency and a strong and accurate vision for a brighter economic future.”

In an interview with the World Economics Association, Dani Rodrik offers food for thought on the question of pluralism in the economics profession. “I would say I am pretty conventional and mainstream on methods, but generally much more heterodox on policy conclusions,” he says. “I have never thought of neoclassical economics as a hindrance to an understanding of social and economic problems. To the contrary, I think there are certain habits of mind that come with thinking about the world in mainstream economic terms that are quite useful: you need to state your ideas clearly, you need to ensure they are internally consistent, with clear assumptions and causal links, and you need to be rigorous in your use of empirical evidence.

“Now, this does not mean that neoclassical economics has all the answers or that it is all we need. Too often, people who work with mainstream economic tools lack the ambition to ask broad questions and the imagination to go outside the box they are used to working in. But that is true of all ‘normal science.’ Truly great economists use neoclassical methods for leverage, to reach new heights of understanding, not to dumb down our understanding. Economists such as George Akerlof, Paul Krugman, and Joe Stiglitz are some of the names that come to mind who exemplify this tradition. Each of them has questioned conventional wisdom, but from within rather than from outside.”

But if excellence in economics requires an interdisciplinary awareness and curiosity, Rodrik argues that the teaching of economics in the U.S. today discourages broader inquiry.

“PhD programs now train applied mathematicians and statisticians rather than real economists. To become a true economist, you need to do all sorts of reading – from history, sociology, and political science among other disciplines – that you are never required to do as a graduate student.”

Citing his own experience of being stimulated by questions and arguments encountered outside of neoclassical economics, and of the experience of exploring heterodox thinking in institutions dominated by an orthodox consensus, Rodrik concludes:

“Ultimately, the reward of challenging conventional wisdom that has gone too far is that you are eventually proved right. The Washington Consensus is essentially dead, replaced by a much more humble approach that recognizes the importance of locally binding constraints. And many of the arguments I made about the contingent nature of the benefits from trade and financial globalization are much closer to the intellectual mainstream today than they were at the time. I do not think of this as a great achievement. These changes were bound to happen, and I essentially rode the wave.

“I suppose there is a lesson here for younger researchers: Identify an intellectual consensus that has gone beyond what the theory and empirics can support and chip away at it. But do so without departing too much from the discipline’s accepted methods!”

Read Eric Beinhocker's thoughts on improving the teaching of econometrics

Even the IMF now questions Neoliberalism

Having distinguished itself recently by challenging the assumptions of Greece’s creditors and urging greater debt-relief, the International Monetary Fund continues its impressive reconsideration of its role in the current state of the world. In a paper by Jonathan Ostry, Prakash Loungani and Davide Furceri, the question posed is whether Neoliberalism is oversold. Their answer: Yes. They argue that most evidence suggests a great need for more fiscal expansion, control over capital flows and more regulation of key markets. That jibes with the Institute’s own investigations, most recently in our online symposium on Neoliberalism. To hear similar questions being raised inside an institution that has for decades been at the center of globalizing a market orthodoxy suggests that the gospel of Neoliberal economics is under question in some of its erstwhile strongholds.

JEL Classification From the Collection