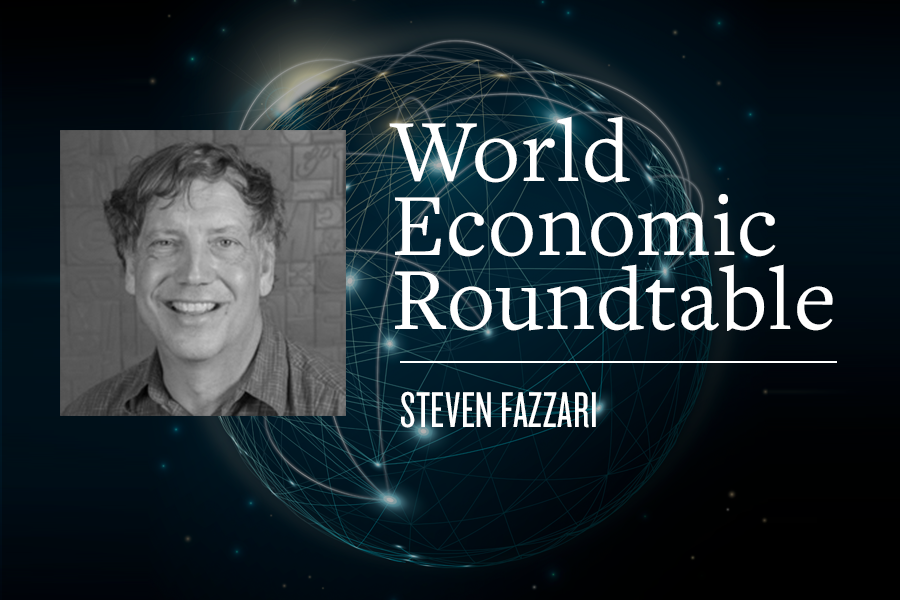 A discussion with Steven Fazzari, INET Grantee and the Bert A. & Jeanette L. Lynch Distinguished Professor of Economics at Washington University.

Based on a new paper for the Institute for New Economic Thinking, Professor Fazzari will set out his analysis of the causes of a decade of slow economic growth following the great financial crisis of 2008. Testing both supply and demand-side causes, he will explain why the stagnation of the past decade has been demand-led and offer his thoughts on what to realistically expect from the economy in the near future as well as his policy suggestions on what can be done to put us back onto the path of more robust economic growth.

About the World Economic Roundtable

The bursting of the American credit bubble in 2008 set in motion a rolling world economic crisis that has moved from America’s financial markets to the Euro-zone and now to China and the emerging economies. This chain of economic developments has brought with it unprecedented policy challenges and has drawn into question the process of globalization itself. The mission of the World Economic Roundtable is two-fold:

Founded in 2011, the World Economic Roundtable has sought to “remap” the world economy by exploring the changing patterns of global trade, investment, and employment following the Great Recession. The Roundtable has brought together thought leaders from business, finance, public policy, and academia to discuss critical questions affecting the global economy. The Institute for New Economic Thinking became a partner of the World Economic Roundtable in 2016. Building on the work of its initial years, World Economic Roundtable will pursue in 2017 a program of discussion and engagement with the world’s business, policy and investment communities that will highlight the best thinking on the ongoing world economic crisis and how to move from stagnation to healthy economic growth.