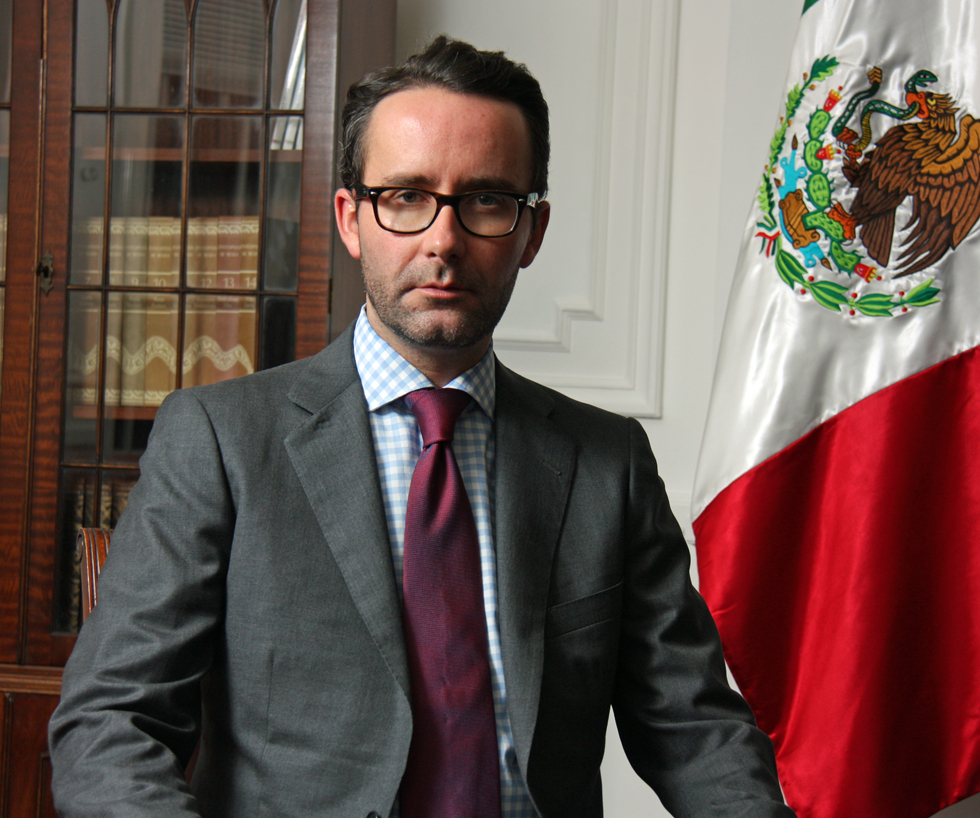 Ambassador Diego Gómez Pickering was appointed as Consul General of Mexico to New York City in June of 2016. He is a career diplomat as well as a writer and journalist.

Prior to his arrival in New York, Gómez Pickering served as Ambassador Extraordinary and Plenipotentiary of Mexico to the United Kingdom of Great Britain and Northern Ireland, from 2013 to 2016; as well as Director for Foreign Media for President Enrique Peña Nieto’s office from 2012 to 2013.

He holds a B.A. in International Relations from the Instituto Tecnológico Autónomo de México (ITAM) in Mexico City; an M.A. on Cultural Development from the University of Columbia in New York City; and a Postgraduate degree in Journalism from the Indian Institute of Mass Communication (IIMC) in New Delhi, India.

He has worked as a journalist for CNN in Mexico City and the Americas edition of the Wall Street Journal; and as an international correspondent for various Mexican and Hispano-American publications. He is multilingual, being fluent in English, French, Italian, Portuguese and German.