​The Road not Taken 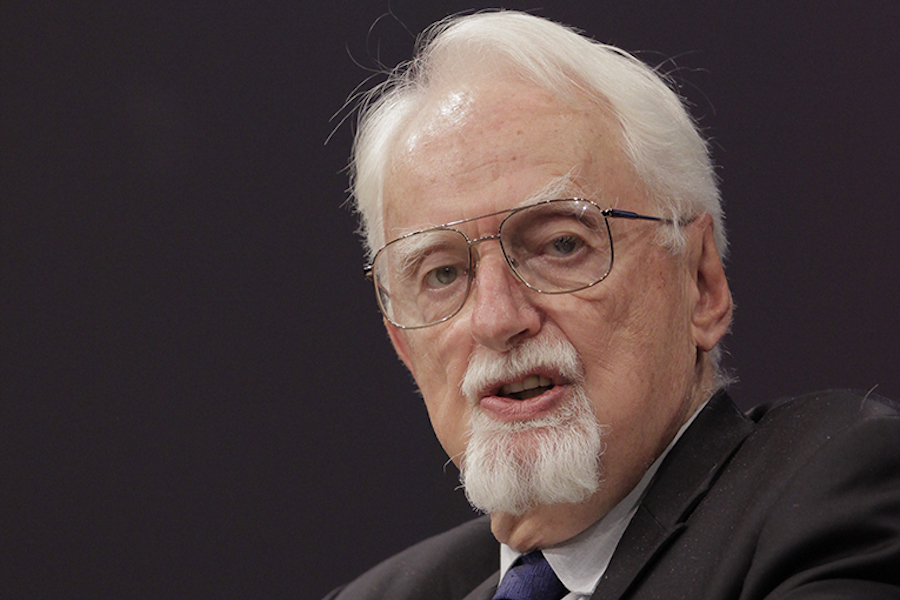 Axel Leijonhufvud showed economists a promising path forward. They should have taken it. Leijonhufvud passed away on May 5, 2022

Can we theorize the economy as an entity that is growing, evolving, never in equilibrium? An economy passes through periods of intense instability and groping towards an uncertain future as a matter of course? How might one begin?

The pretense that we know the future probabilistically as a given set of probability distributions of every damn thing is, I think, a pretty dangerous delusion, but it’s also a comforting one to some people.

The year was 1967. Young Axel Leijonhufvud sat in front of a pile of papers, full of unfinished notes, half-worked through arguments and intellectual dead-ends that he had been at for nearly four years. Two years into a tenure track position in the economics department at the University of California Los Angeles, he seemed unable to fashion a coherent dissertation from the morass of ideas in the sprawl. This year was his last chance to do so if he wanted to remain in academic employment.

The Swedish émigré had rather immodestly and perhaps unwisely decided that his doctoral work should be on some of the deepest problems of macroeconomics: why was it that the capitalist economy sometimes fails calamitously, and why was it that the Great Depression (still very much in the public memory in the 1960s) had been so very different from ordinary recessions? In trying to understand that defining period of the 1930s he had undertaken a wide range of reading of earlier economists, including a closer reading of the ur-text of the discipline –the General Theory of Employment, Interest and Money by John Maynard Keynes.

One day, following yet another dead-end, and feeling like he was ready to give up and leave academic life, he began to look in desperation at his footnotes. For the first time, he began to see something in his scribblings — an electrifying theme emerged that laid the ground for what was to be a set of ideas that aimed directly at the heart of academic macroeconomics.

At that moment, Keynesian economics was at the peak of its prestige, after having swept academia in the 1940s and 1950s. Keynesians were seeing direct success in economic policy-making in the Kennedy administration, overseeing several years of high growth with low levels of inflation as well as an impressive number of accurate forecasts. The problems of macroeconomic stability were defeated in most people’s eyes. In the academic world, one approach dominated. The IS-LM model that John Hicks and Alvin Hansen had separately extracted, formulated and codified from Keynes’s General Theory had become the fundamental way of thinking about the macroeconomy: a set of behavioral equations determined ‘equilibrium’ in the goods market, another set determined equilibrium in the money market, and the both together determined macroeconomic equilibrium, the point to which the economy would naturally gravitate. . (A modified version of that approach remains the preferred tool of undergraduate teaching today).

For me, Keynes was an escape from the professional consensus. There might have been others. Hayek was another way of looking at the mainstream from outside and that attracted me as well. In both cases it was perspectives that were rather outside the mainstream at the time.

The orthodox Keynesianism of the time did have a theoretical explanation for recessions and depressions. Proponents saw the economy as a self-regulating machine in which individual decisions typically lead to a situation of full employment and healthy growth. The primary reason for periods of recession and depression was because wages did not fall quickly enough. If wages could fall rapidly and extensively enough, then the economy would absorb the unemployed. Orthodox Keynesians also took Keynes’ approach to monetary economics to be similar to the classical economists.

Leijonhufvud got something entirely different from reading the General Theory. The more he looked at his footnotes, originally written in puzzlement at the disparity between what he took to be the Keynesian message and the orthodox Keynesianism of his time, the more confident he felt. The implications were amazing. Had the whole discipline catastrophically misunderstood Keynes’ deeply revolutionary ideas? Was the dominant economics paradigm deeply flawed and a fatally wrong turn in macroeconomic thinking? And if this was the case, what was Keynes actually proposing?

Leijonhufvud’s “Keynesian Economics and the Economics of Keynes” exploded onto the academic stage the following year; no mean feat for an economics book that did not contain a single equation. The book took no prisoners and aimed squarely at the prevailing metaphor about the self-regulating economy and the economics of the orthodoxy. He forcefully argued that the free movement of wages and prices can sometimes be destabilizing and could move the economy away from full employment.

That helped understand the Great Depression. At that period, wages here highly flexible and all that seemed to occur as they fell was further devastating unemployment. Being true to Keynes’ own insights, he argued, would require an overhaul of macroeconomic theory to place the problems of coordination and information front and center. Rather than simply assuming that price and wage adjustments would cause the economy to restore an appropriate level of output and employment, he suggested a careful analysis of the actual adjustment process in different economies and how the economy might evolve given these processes. As such, he was proposing a biological or cybernetic approach to economics that saw the economy more as an organism groping forward through time, without a clear destination, rather than a machine that only occasionally needed greasing.

In 1968, the world and the profession appeared open to such a research program. Certainly, there were several nascent approaches that tried to understand the economy as a dynamic entity that could run seriously aground as social coordination failed. Several contenders began to challenge the orthodox notion of a stable entity called the economy. One might have believed a revolution in economic thinking was at hand.

And indeed it was. But nothing like one might have imagined. In a strange twist of history, two decades later, if there was a revolution that threw over the old order, it looked nothing like the economics that Leijonhufvud had imagined in his book. Rather, the rational expectations approach associated with Robert Lucas had won over definitively. It was, in most ways a return to a classical understanding but underscored this time by a stronger fealty to the notion of self-equilibration. In this approach, all problems of coordination and adjustment failures are assumed away. In Leijonhufuvud’s later lamented this means that the world now works with:

…a macrotheory with no inter-temporal coordination problem, no effective demand failure, some labor market inflexibilities, no aggregate demand problems and only supply side policies. What good is it you may ask? You may ask—but it is not for me to answer.

The revolution was total and the current generation of economists has little exposure to that turn. Contemporary macroeconomic analysis has little to take from Leijonhufvud and if there is a father of the prevalent approach, it is Lucas, not the Keynesians of the 1960s and certainly not Keynes himself.

I’m not sure I know how one could derail the current train. Maybe you have to wait for the next catastrophe or something for the real world to impinge on this kind of modeling. I don’t think that you can write a paper that gets into the American Economic Review that upsets the apple cart.

In an elegant later essay on the value of studying the history of economic thought, Leijonhufvud offers the metaphor of a traveller who finds himself at a dead end in the road. One strategy might be to try and force one’s way through regardless in an unyielding and hostile environment. But often it may be better to backtrack, to see if there was a road not taken which could have led to greater success than the current one. To many, this is the situation facing current macroeconomics. To move forward in the future, we have to understand the past.

In late 2015, JW Mason and I went to speak with Axel Leijonhuvud, in retirement in Pismo Beach, to ask about his work and the intellectual paths not taken after 1968. Over a couple of days with him and his wife Earlene, we covered a broad range of topics: his early life, his fortuitous entry into economics, his re-interpretation of Keynes, his affection for Hayek and relationship with him (including his remarkable interview with Hayek in the 1970s), his engagement and interpretation of the great Swedish economist Knut Wicksell his creative analysis of capitalist instability, his growing concerns with inflation as a topic, his animus to neoclassical models of production, the current state of academic macroeconomics, the place of schools of thinking and heterodoxy in reviving economics and his ideas for the teaching of economics.

Of course this is the fundamental difficulty. There is a structure of law, which is supposed to embody the concepts of fairness that this society adheres to. And now you’re debating which way you are going to violate that and what is fair or unfair about that. So there aren’t going to be very clear answers.

Reading Axel’s work has provided, for us, a thunderclap of clarity on several issues. We hope that the same is true for you as you engage with the mind and work of this true, great, original master of economics.

For those interested in engaging more deeply with his work, we have created a collection of video, transcripts, and all of the articles that he has written here. Many of these remain fruitful for students and scholars exploring how to move forward in economics.