The Many Transgressions of Deirdre McCloskey 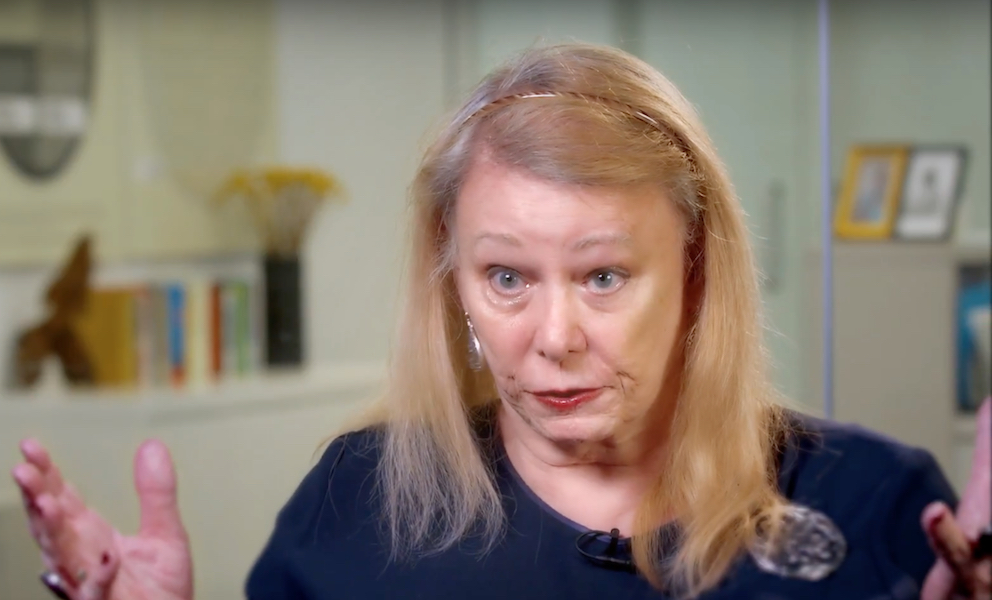 McCloskey discusses her career, critiques of economics, and offers advice for young economists.

In May, I had the fortune to interview Deirdre McCloskey at the INET offices in New York as part of the “Masters Series” that JW Mason and I conduct (previous interviewees include Axel Leijonhufvud, James Crotty and Anwar Shaikh. During the wide-ranging conversation, we broached several issues, but focused on three matters in particular, her continued engagement with economic history and her “Bourgeois Virtues” trilogy that seeks to make a philosophical and scientific defense of capitalism, her criticism of economics as practiced, and her advice for young economists seeking to break out of the stultifying confines of what is acceptable.

Somewhere around 1980, Deirdre McCloskey undertook a decisive break with her intellectual past. She had a PhD in economics from Harvard, having trained under the legendary economic historian Alexander Gerschenkron and was a tenured Professor at the University of Chicago-at that time, perhaps the most important university worldwide in terms of its generational impact. She had a gilt-edged education and reputation and had earned her stripes as a fierce and uncompromising economist. Hardly the natural time to move into something radically different.

But while she had ‘learned the tricks’ of being an economist, for many years she felt a brewing dissatisfaction with her training. As she puts it, her experience of life in economics departments for decades meant that she harbored a fundamental suspicion of the narrowness and ‘phony’ methodology of much of the discipline. Much of economics had deliberately clad itself in a garb of positivism, even when scholars knew the critical importance of the historical, social, and political embeddedness of their interventions.

So, she did something unusual. She began a serious and much deeper engagement with the humanities. Encountering Wayne Booth, a professor in the English Department at Chicago, got her into thinking about persuasion and rhetoric in economics. She began to study Latin and Greek to reconnect with the deeper intellectual traditions of which she was a part. She wrote a book on epistemology, Knowledge and Persuasion in Economics. She began to think more clearly and carefully about speech and writing in economics. She began an interdisciplinary group with several people in English and Engineering at the University of Iowa. She began to have deeper and more extensive conversations with people from other traditions in economics- Marxism and Austrian Economics for example, and finally even moved to the University of Illinois at Chicago and held the intellectually much broader position of Distinguished Professor of Economics, History, English, and Communication.

The move was very successful. Apart from being intellectually more satisfying, having a clearer understanding of rhetoric, persuasion and the methods of other disciplines and traditions of economics allowed her to become a sharp, formidable critic of the way in which most economics is done. Unlike others who simply moved away from the subject, she did not give up economics, but instead decided to hold it up to the light and to find other ways of illuminating the questions that are fundamental to the discipline.

McCloskey’s longest standing interest has been in the big economic question of history: that of divergence and the uniqueness of Britain and Northwest Europe. Her most recent work, returns to the same themes and has been two decades or more in the making. The 2016 book “Bourgeois Equality” is part of a trilogy (the Bourgeois Virtues) argues that other explanations that are currently used to explain divergence (the presence of coal in the UK, the importance of universal banking, the UK’s trade superiority, exploitation and imperialism, or legal institutions) are inadequate. Instead, she focuses on the importance of ‘bourgeois’ or middle class values as a central enabling agent for the purpose.

The focus on a deeply felt and embedded analysis is typical of McCloskey for whom economics is better understood as social history rather than meteorological prediction. As a critique of the faux scientific economics that pretends otherwise, she went over her long-standing criticisms of the narrowness of economic methods (as she put it, the discipline as the breadth of ‘M to N’ rather than A to Z) and its delusions. In books like the ‘Secret Sins of Economics’ or ‘The Rhetoric of Economics’ she criticizes the focus on ‘existence’ theorem (or Blackboard economics) and the blind use of significance testing in much of the discipline. This, she argues pushes people away from the more important scientific understanding of the economy which requires a much more serious engagement with what exists. She is not impressed either with the current institutional economics that extensively uses econometrics on historical data points. Like others, she considers this intellectually weak, and best described as ‘Wikipedia with a regression’. To McCloskey, a criticism of the ways in which economics is currently practiced is not to deny the importance of formalization and abstraction but rather to know its place and to never stray from the serious business of understanding the world.

How then is one to navigate being an economist if one is not convinced of its methods and approaches? McCloskey worries about the current teaching of economics and urges a return to a more holistic approach as suggested by Joseph Schumpeter-one that emphasized economic ideas over simply mathematical proofs. She proposes also having much greater training in courses beyond econometrics such as archival research, accounting and experiments. Similarly, renewed attention to the History of Economic Thought. But such widespread revisions seem unlikely to occur anytime soon. How, then I asked does a young person who wants to walk in her freethinking tradition make an intellectual life for himself or herself? Her answer was surprising and delightful for me, given how wildly iconoclastic she has been in her life. By now she identifies as “a postmodern free- market quantitative rhetorical Episcopalian feminist Aristotelian woman who was once a man.” But while she is a radical individualist, always pushing for greater freedom, she also believes in community and has benefitted greatly from those that she has been able to be part of. A serious alternative intellectual life, she suggests needs both individual expression and intellectual companionship. It is essential to make friends, have a loving group of people, even if small, who are intellectual comrades. A lifetime of rebelling and unsettling her past has convinced McCloskey that, as she puts it, “Love is crucial for scientific advance.”