The Jobs Legacy of the Obama Presidency 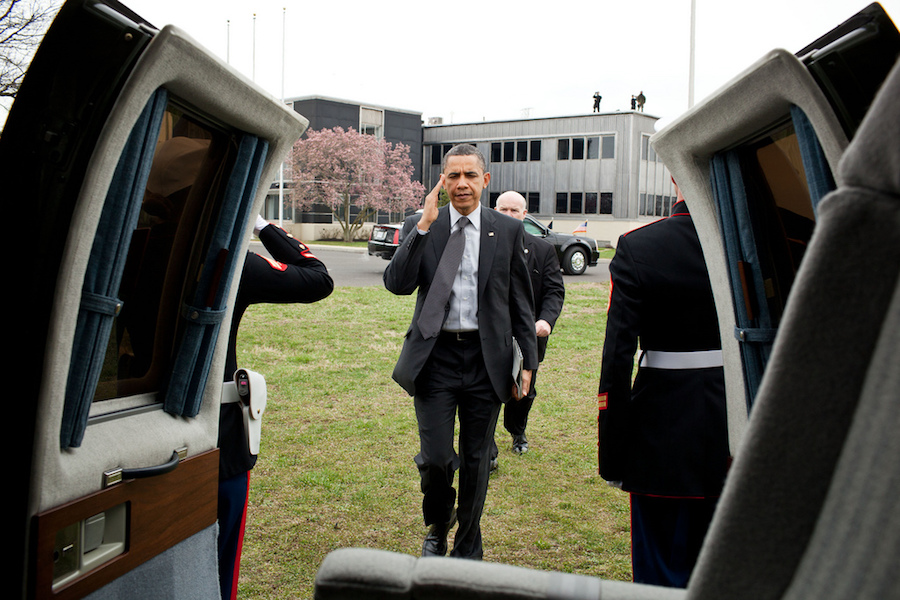 Viewed in historical context, the weak recovery from the 2008 crisis has been slow and painful, but a sub-5% unemployment rate and healthy job and wage growth will be among the most important legacies Obama leaves to the next president

With the imminent U.S. presidential changeover analysts are debating the economic-policy legacy of the Obama Administration, especially the question of jobs, which proved to be a major issue for many voters in last November’s election.

In December, Chairman of the Council of Economic Advisers Jason Furman offered a detailed analysis of the U.S. labor market after “eight years of labor market progress”.  And while headline unemployment indicators mask important realities, Furman is correct that overall labor market conditions in the final years of the administration are much stronger than they were for a prolonged period after the crisis.

First, some historical context: while critics say the Obama recovery has been the slowest since World War II, economic historians would point out that the range of growth possibilities open to the economy is not the same across all eras. President Obama took office amid the worst economic crisis since the Great Depression, and the recovery on his watch has been sluggish. Still, despite the economy’s abnormally slow return to its long-term growth trend before 2008, the U.S. labor market is finally strengthening.

The current unemployment rate stands at 4.7 percent, compared with the 7.8 percent rate that Obama inherited from George W. Bush, and the peak rate of 10 percent at the height of the crisis. While the unemployment rate is the most common labor market indicator cited by economists, it measures the unemployed as a share of the active labor force — defined as those currently working or actively seeking work. What that figure does not reflect is the number of Americans who have “dropped out of the workforce”, i.e. not sought a job in the previous four weeks, often as a reflection of the absence of opportunities. So, as the Economic Policy Institute points out, if these “missing workers” — reported to number 2.2 million last month — were counted, the unemployment rate would be 6.1 percent.

Besides the unemployment rate, both wage growth and the number and type of jobs created are finally showing some progress.  For years, critics of the recovery pointed to very slow wage growth and no real changes in hours worked as evidence of a weaker recovery than expected. Over the entire recovery, hourly wages after inflation rose at only 0.8 percent, but in the past year wages have risen by almost three percent.

On job creation, almost 16 million jobs have been created since net job loss in the economy stopped in 2010. The vast majority of employment gains since 2010 happened in full-time positions, and all major industries are finally experiencing rises in wages after inflation, reflecting a tightening labor market.  In 2014, critics were reporting that 44 percent of the post-crash jobs were in low-wage industries, and the jury is still out on whether the economy will now create sustained higher-wage growth.

While slowing labor productivity growth — the economic output per unit of labor — and declining participation still loom in the labor market, accelerating recovery in employment, particularly in the last year or two, is real. And that shouldn’t be taken for granted.

After the Great Recession ended in June 2009, economists feared the ensuing recovery would be accompanied by persistently high unemployment — a jobless recovery. Compared to downturns in other periods, the recent recovery was seen as more akin to the aftermath of 1990s and early 2000s recessions, when unemployment continued to grow for more than one year after the recessions ended. Combined with the severity of the Great Recession, pre-existing  high unemployment, and other technological trends affecting the labor market, this recovery could have turned out as the worst jobless recovery in recent U.S. history

As private-sector payroll employment growth turned positive in early 2010, what followed was the 75 months of slow job growth that eventually brought the unemployment rate to the current 4.7 percent, a level that the Federal Reserve and others apparently see as consistent with stable price levels in the economy.  Inflation remains low even at that historically low unemployment rate.

Compared with other recent presidents, Obama’s job market record does not particularly stand out. Both Bill Clinton and Ronald Reagan presided over periods of stronger job growth. Indeed, the average unemployment rate of 7.4 percent across the eight years of Obama’s term ranks among the highest of the ten most recent  presidencies. However, assuming office amid the worst job losses in more than half a century in 2008 meant that Obama inherited an economy in far worse shape than that faced by any of his contemporaries in the Oval Office.

Any president, of course, has limited control over the economy. Economists agree that the Obama Administration’s policies helped avert a more prolonged period of high unemployment, therefore handing over the reins to Donald Trump with the economy in far better shape. But economists disagree as to whether a more robust recovery could have been achieved had the administration and Congress been willing to adopt a more expansive fiscal response in the first place.

Faced with the long-term decline in the labor force participation, especially for prime age workers, slower aggregate economic growth, continuing if not growing inequality, and technological trends that potentially make many jobs obsolete, continuing to create good quality employment opportunities remains a central challenge for the long-term stability of America’s economy and its political system.