The Dismal Science and the Beautiful Game 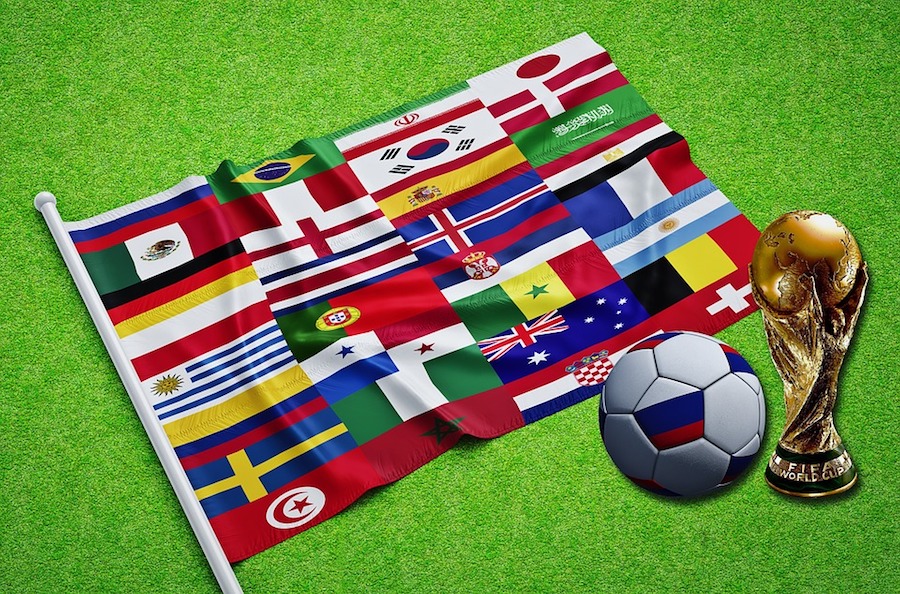 A light-hearted economic analysis of the World Cup

Like economics, football is hotly contested, defiant of even the best predictions, and in desperate need of institutional reform. In the below, INET Program Economist and Senior Football Analyst Jack Gao offers his take on the World Cup—Ed.

The world’s most popular sports tournament, happening in Russia for the next few weeks, brings together 32 national teams and will potentially attract the attention of more than half of the world’s population. Predictions for who will emerge victorious after 64 games are awfully hard, due to the role of sheer chance and the intrinsic limitation of any quantitative models. Nonetheless, it’s an interesting intellectual exercise to look at the broad economic context of the countries that have qualified to play in this year’s tournament amongst all 210 countries who have tried—a World Cup record. In this spirit, I humbly offer this economic analysis of the 2018 FIFA World Cup.

Not Your Rich-Country Club

Much of the discussion in international economics is centered on income levels – but this is only partly the case in this year’s World Cup.

While a number of richest countries are in the list, including Switzerland, Iceland, Denmark, and Sweden, they’re neither anybody’s favorites to win the title nor fair representatives of the average team in the game. For example, Spain and Germany’s chances of winning the cup trails behind that of Brazil, whose GDP per capita is substantially lower. The overlap of OECD countries and World Cup teams is also limited. Of the 35 countries in the so-called “rich-man’s club,” only 15 are in the game this year, making up 47 percent of total participants.

The average income level of countries participating is about $26,000 per person, somewhere in between the world average ($10,000 per person) and the average for advanced countries ($45,000 per person). Some of the poorest nations in the world—such as Senegal, Morocco, and Tunisia—are also in Russia to showcase their creativity and solidarity, adding to the game’s popularity worldwide.

The Dubious Case for Democracy

The Economist magazine published an article earlier this month, claiming that the World Cup “rewards good government.” Unlike track-and-field or gymnastics, soccer requires “more creativity and flair” and “dictatorships are rubbish” at it, the article says.

In this year’s tournament, four teams are from countries rated “not free” by the human rights watchdog Freedom House, and another four are rated “partially free.” Although this underrepresents the more than half of the world’s countries deemed not sufficiently “free,” these squads have made it into the tournament, despite the huge income effect playing to their disadvantage. The World Cup is not yet, like it or not, a pageant of democracy.

Part of the reason the World Cup is so popular (though not in the US.., yet) is that it’s really a game sui generis.

The natural comparison to the athletic tournament of a similar size and influence is the (Summer) Olympic Games. Requiring standing professional teams and substantial investment in athletic facilities, the Olympics have come to be much more closely correlated with national power, broadly defined. Income level and country size are dominant factors in predicting the medal ranking, and the game closely resembles a winner-takes-most situation. Without much number crunching, one can comfortably foresee the United States, China, Russia and a few others coming to the top of the medal table in a given year. Historically, a small number of countries have collected the vast majority of Olympic medals and, in totality, the game has become devoid of surprise and representation.

The World Cup is different in this regard. Except for Russia (automatically qualified as host) and some European nations who have won more than or close to 1,000 Olympic medals, the average World Cup team is a perfect underdog in the Olympic Games. For a people who have only seen their athletes appearing on the podium once in the entire Olympic history, the Senegalese will certainly be overjoyed to see their national squad playing against Colombia, Japan, and Poland in the group stage, if not advancing to face England in the knockout. In the World Cup, if perhaps in no major economic organization, the world’s countries face each other, quite literally, on an equal playing field.