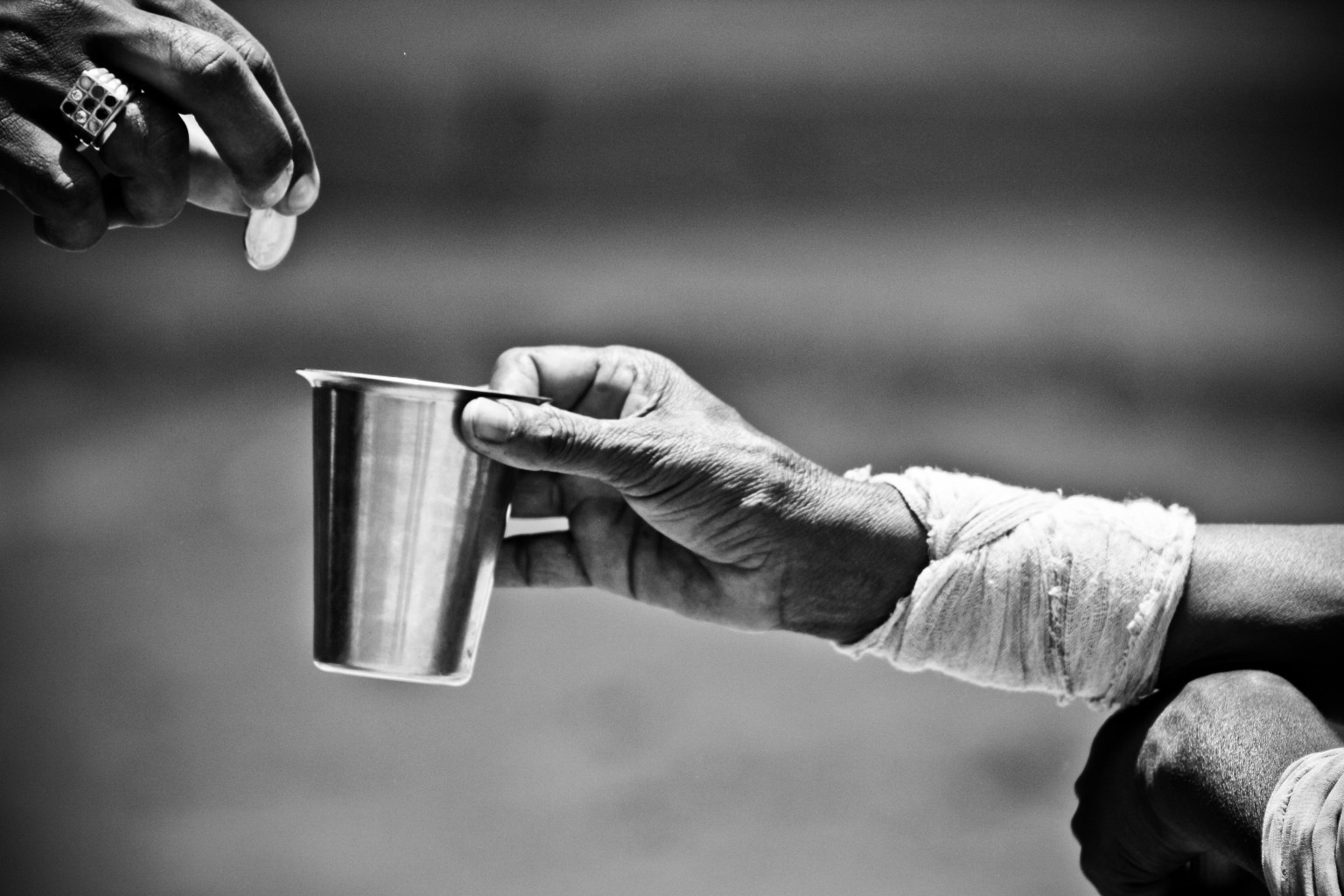 Output, employment, and income flows in the American economy fell apart over recent decades. Peter Temin of MIT and Servaas Storm of the Technical University of Delft point out that a “dual economy” emerged, signaled by divergence between “stagnant” and “dynamic” sectors in the structure of production, growing employment in stagnant industries, and rapidly rising inequality in the functional and size distributions of income. These imbalances affected the middle class and, much more strongly, poorer households at the bottom of the size distribution of income. Households in the top one percent and higher were insulated because they get most of their income from steadily rising profits, distributed to a significant extent through the financial system as bonuses, equity options, share buybacks, and capital gains.

How did production and distribution across industries or “sectors” of the economy interact to produce these outcomes? The key lies with the evolution of labor “productivity,” a name for a widely discussed ratio,

Productivity growth (higher output per unit of labor) is often credited to “technological progress” due to reorganization of production, more efficient capital goods, or better use of capital. But productivity change takes place within the overall socioeconomic context. In practice it may arise from greater labor exploitation or sharper competitive practices on the part of business. Going in the opposite direction, slower productivity and real wage growth may provide a vehicle for accommodating surplus labor coming from employment imbalances between stagnant and dynamic sectors. The importance of this adjustment is suggested by empirical results.

There is another important consequence of productivity growth which is not emphasized by mainstream economists. It creates an output “surplus” which must be distributed somehow to higher profits or wages. When, as pointed out below, real wages grow less rapidly than productivity the share of profits in national income must rise. This process fuels the rapid growth of high household incomes that has occurred over the past several decades in the USA.

In our new paper, Özlem Ömer and I break down 16 “industries” or producing sectors to look in more detail at these structural changes. Compared to the others, seven sectors—construction, education and health, other services, entertainment, accommodation and food, business services, and transportation and warehousing—have low levels of productivity. For all seven, it is easy to come up with examples of low-pay, dead-end jobs that they create.

Their growth rates of productivity and real wages lagged the rest. Their share of total employment rose from 47% in 1990 to 61% in 2016 while their share of wages went from 57% to 56% of the total. The big increase in employment relative to payments to labor demonstrates visible wage retardation. The real output share of the stagnant sectors fell from 48% to 41%. Despite their high employment and output, they generated only 30% of total profits at the beginning of the period and 23% at the end. Except for construction and transport, the shares of their own profits in output declined.

We estimate that households in the bottom 60% of the income distribution working in the stagnant zone have wage incomes 30% below those of their counterparts in dynamic sectors (though of course some high paying jobs exist in all sectors). Real wage growth between 1990 and 2016 in all sectors was less than two-thirds as fast as productivity growth.

Debate rages about whether the payment lag is due to business “monopoly” power pushing prices up against wages or suppression of wages resulting from labor’s failing bargaining power. Decreasing profit shares suggest that monopoly is not rampant in stagnating sectors. Among the dynamic sectors real estate rental and leasing accounts for a stable 30% of total profits. Property owners no doubt wield market power, but it does not appear to have strengthened over time. Manufacturing and information together account for a quarter of profits and wholesale and retail trade for another one-eighth. These large profits flow mostly to high income households, leading to rising income inequality as noted above.

In the data, job growth in education and health and accommodation and food cuts visibly into overall productivity. Real estate and manufacturing make strong productivity contributions. Business services is a large sector at around 15% of output but its slow own-productivity growth means that it did not contribute very much economy-wide.

Similar results emerge from a decomposition of employment growth. Combining the effects of output and productivity changes shows that the bulk of job creation took place in the stagnant sectors. Job annihilation was strong in information, wholesale, retail, agriculture, and manufacturing. Robotization, the latest manifestation of the trend toward automation that has run for more than two centuries, no doubt contributed to slower job growth, mostly by blocking young entrants into the industrial labor force.

A final effect of high productivity growth in a sector is to reduce its costs in comparison to the rest of the economy. As emphasized long ago by Princeton’s William Baumol, the high productivity sector’s relative price or terms-of-trade with other sectors shifts downward. The seven lagging sectors all had rising terms of trade—the cost of automobiles rose relatively less to consumers than prices for education and health services.

An explanation for these observations comes from models proposed recently by Codrina Rada of the University of Utah and Storm. They suggest that in the U.S., at least, in the absence of unemployment insurance and social security worth the name, workers must find jobs—if not in the better paid dynamic sectors, then in a low end job in some peripheral activity. In contrast to standard economic models, endogenous adjustment of productivity in the stagnant sector allows “full” employment (supplemented by fiscal transfers) to be maintained. Productivity falls and wages stagnate in proportion to the quantity of labor moving into a stagnant sector, a form of adjustment that absorbs surplus labor. So long as productivity growth falls less than wage growth, as suggested by the data, unit labor costs decrease for stagnant sector businesses—they can continue to make money.

Tracing through the implications, higher productivity growth in the dynamic zone creates a bigger labor surplus. The resulting rise in low level employment creates a weak positive feedback into dynamic sector demand. The empirical results summarized above suggest that this effect is not strong enough to offset growing imbalances and duality.

In terms of “policy” as usually interpreted, there is a limited menu of interventions which can be used to reverse these trends. One could be based on fiscal or monetary expansion to push up demand for dynamic sector goods and services, pulling jobs from the stagnant sectors. The practical problem is that although among policy-makers faith in “expansionary austerity” may be weakening, it has certainly not disappeared.

Policies aimed at redistributing income toward the lower deciles of the size distribution in which households have negative saving rates would have a similar effect. An increase in fiscal transfers to low income households over recent decades no doubt supported effective demand. The recent American tax “reform” of course went in the opposite direction.

Incomes policies could be used to stimulate wage growth in stagnant sectors relative to increases in the dynamic part of the economy.

These and similar adjustments could be helpful but fail to address more fundamental structural problems. The low positive or negative productivity growth in the dysfunctional American health care system is devastating. Employment in manufacturing, historically the main locus of productivity growth, will probably remain weak. Income elasticities of demand for the whole range of manufactured final goods (or “stuff”) and even intermediates are not likely to rebound even as productivity growth continues.

Globalization and international trade have taken a toll in terms of jobs, not only in manufacturing. Offshoring the production of intermediate inputs such as computer code cuts costs and raises the productivity of remaining workers in the U.S. Creative destruction of onshore jobs still is destruction. Its impact may be stronger if investment in new technologies shifts from the U.S. to abroad.

Falling or stable wages in stagnant sectors is exacerbated by non-poaching and non-competition clauses in contracts (which restrict job opportunities outside a company for a worker who leaves it). Divide-and-rule employment tactics in a “fissuring” labor market are another aspect of this process.

Strong forces support the trend toward duality. The key problem is the rising profit share which can be traced to slower wage than productivity growth. Distributive conflict lies at the root. It can be addressed from several angles—revamped corporate governance as in recent proposals from Senator Elizabeth Warren, restructured labor market regulation to give workers more bargaining power, even capital market innovations such as creation of a public wealth fund based on taxation of capital gains. Stagnation may well worsen unless these countervailing powers can be brought into effect.