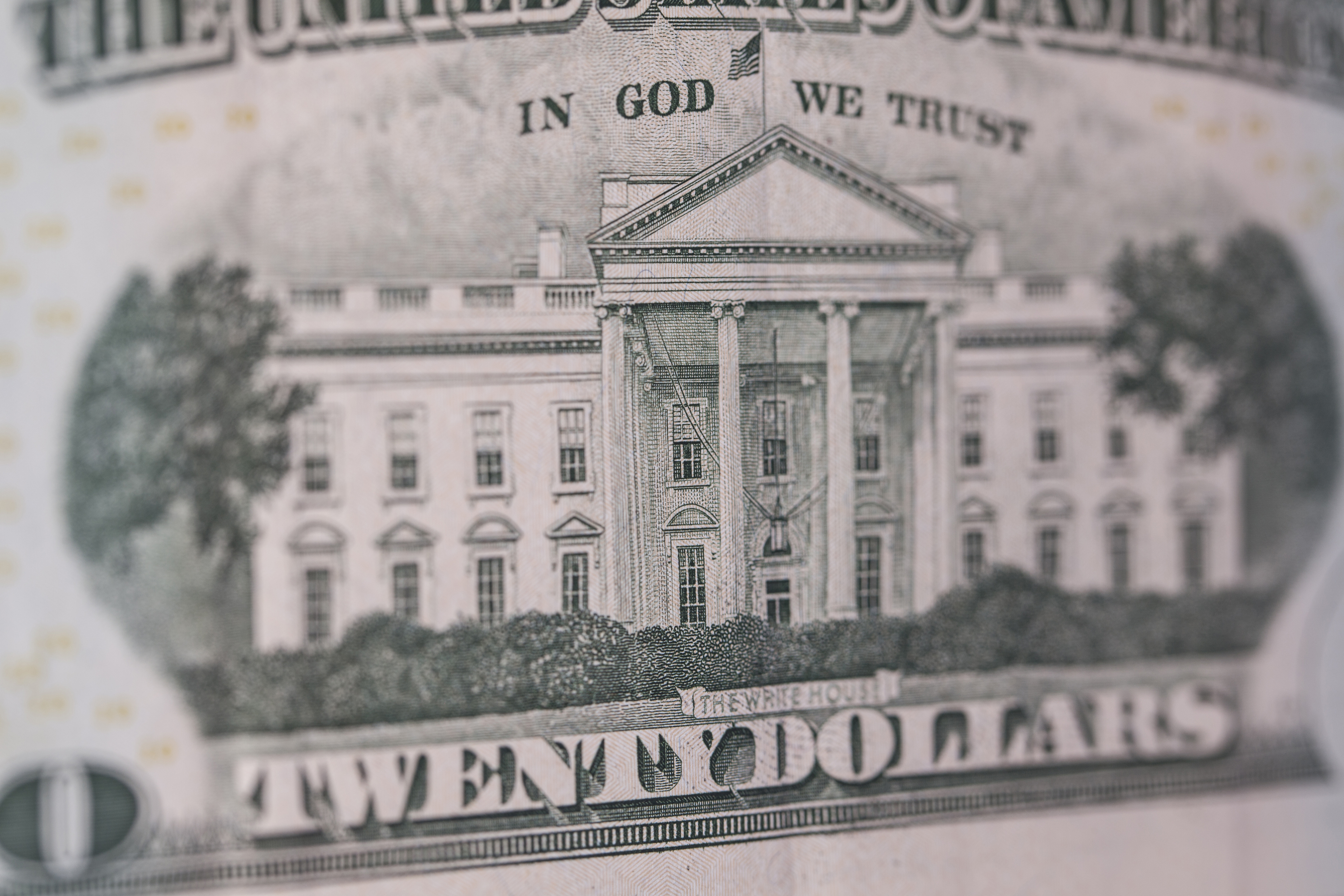 To borrow a label from the philosopher Nancy Fraser (2017), the Biden administration is pursuing “progressive neoliberalism” with regard to inflation. This stance is essentially a variation of the policy orientation of Clinton-Bush-Obama. It boils down to applying dogma about exponentially growing prices and, less realistically, costs that emerged in the USA decades ago. Here are three lines of reflection on what it implies for the future.

In one recent bad example of mainstream thinking, two economists from the Bank of International Settlements (Kohlscheen and Moessner 2021) use a cross-section/time series model based on econometric methodology proposed by Pesaran and Smith (1995) to combine data from 21 countries (and the euro area as one entity) to estimate the pass-through of labor cost to the price level. In the 2010s they find that this linkage was for all practical purposes non-existent. It is difficult to see how mixing up data from many countries or apples, oranges, durians, chirimoyas, mangos, papayas, etc. to get a universal pass-through parameter makes any sense.

Similarly, Storm (2021) argues that a paper by Mian, et. al. (2021) presented at the Federal Reserve’s annual Jackson Hole conference trying to explain the past few decades’ falling interest rates and rising income and wealth inequality is a failure. The key reason is Mian, et al.’s reliance on “loanable funds” to determine output and the interest rate. Tracing back to Knut Wicksell at the turn of the 20th century, loanable funds analysis assumes that under normal circumstances saving from households is brought into line with business investment by changes in the interest rate. This “market” may not clear if the interest rate hits a “zero lower bound” with saving still above investment.

Storm points out that this story is rife with internal contradictions. First, households are not the main supplier of saving. Both business and the rest of the world are sources. Overall saving including business savings and the trade deficit has in fact been stable as a share of GDP. Second, low-income households have had negative saving (consumption + taxes + net financial payments > income) for many decades, i.e. they spend more than they take in. In national accounts terms, this gap is offset by high-income households whose share of saving has increased since the 1970s. They have also benefitted from high asset prices (stock market, real estate) which do not figure in the national accounts because they are not a cost of production.

Mian, et.al. try to rationalize these observations in terms of a changing rate of time preference affecting saving by a single “representative” household while still attempting to discuss shifts in distribution between rich and poor. Their treatment of the household sector’s savings is inconsistent, since they argue along loanable funds lines that interest rates are falling because savers as a group are becoming more patient about raising consumption, when in fact most of the population is clearly saving less. Nor do they recognize that the rational expectations “revolution” including costless stabilization was falsified by the Fed’s anti-inflationary shock treatment after 1980. Over the decades thereafter, rational expectations metamorphosed into inflation targeting as now practiced (Taylor and Barbosa Filho, 2021). Contemporary mumbo jumbo about secular stagnation by other mainstream economists proceeds along equally erratic lines.

Much more realistically, based on time series for the USA, the Council of Economic Advisors (Rowse, et. al., 2021) comes closer to practical macroeconomics. The Council is right in saying that the major immediate post-World War II inflation episodes came mostly from supply shocks after sudden stops. This narrative can change if Biden is successful in raising the labor share – a big if. A number for expected inflation can play a role, not because everybody shares the same expectations, but because it is a signal about what the Fed hopes it can achieve in influencing how aggressively monopolists mark up import and labor costs to fix their prices. The signaling, on the whole, has been unsuccessful – the Fed’s famous two percent target has not been reached – but the Governors still seem to think that it is of some use.

At the moment the Fed still pursues quantitative easing even though consumer price inflation is speeding up. It may have to tighten in 2022-23 to keep anticipated inflation under control. Moderate tightening will represent success, not failure, since income growth is a determinant of the real interest rate and the distribution of household income and wealth.

Specifically, in the last decade, the debate about secular stagnation blamed chronic insufficient demand growth for low or negative real interest rates. Based on the usual New Keynesian 3-equation model (IS balance + Phillips Curve + Monetary Rule), the effective or zero lower bound was the standard interpretation of the slow recovery from the Global Financial Crash of 2008. The IS moved so far down that monetary policy alone was not able to make the economy return to its potential output, which was initially assumed to evolve independently from demand, based on the neoclassical (Ramsey-Cass-Koopmans-DSGE) supply-driven model.

Ten years of slow growth, social protests, and sharp criticism from heterodox economists eventually made policymakers realize that potential output could also be an adjusting variable, meaning sluggish effective demand could drag down productivity growth and make the output gap close at a lower trend income growth. Even though the demand-driven nature of income growth had been emphasized by Keynes almost 90 years ago, it took another financial crisis and dismal recovery to put demand-determined macroeconomics at least at the back of the mainstream mind.

Returning to secular stagnation, if the recession is deep and long enough, the economy may fall back into a slow-growth trajectory. Relying only on monetary policy to solve the problem increases the risk of a permanent fall in trend income. To minimize this risk, something else than zero nominal interest rates is needed and, in the case of the US, fiscal policy is the main candidate to pull the economy out of its slow-growth trend.

What does all this mean for Biden?

If “Bidenomics” succeeds in accelerating GDP growth in a sustainable way, the real interest rate is likely to rise. Faster inflation would be likely, pulling up nominal and real interest rates. The main question is how much?

If a Volcker-like shock becomes necessary, Biden will have failed. If a moderate increase in the 10-year real interest rate materializes, the US economy will get back toward normal. For example, say that the Fed Funds rate goes to 1.5% by mid-2023 — a huge increase for the US — with inflation running at 2.5% and GDP growth also at 2.5% The ratio of Treasury debt to GDP will still be stable with a mild primary deficit (negative government balance excluding interest). There would be no fiscal dominance, no threat for the global role of the US dollar, and no other doomsday scenarios at least not from economics. Anything of course can happen from geopolitics or domestic political eruption.

The magnitude of monetary tightening will depend on the recovery of labor productivity on one side, and big business’s willingness to restrain its monopoly rents.

If productivity accelerates rapidly, real wages can grow and inflation can remain stable with a constant or with a falling labor share. This would be a replay of the mildly progressive neoliberal policy stance under Clinton-Bush-Obama and even Trump with big random shocks at the top (under an equally erratic Leader, Cubans used to say the same about Fidel). Increasing duality in the structure of production including expansion of low wage/low productivity sectors with slow productivity growth (Taylor and Őmer, 2020) has surely held down wage pressure as well.

But as we argued in an earlier paper (Taylor and Barbosa Filho, 2021) Bidenomics risks impalement on an inflation trilemma.

First, money wage growth must exceed the sum of growth rates of prices and productivity if the huge increase in inequality in the size distribution of income since 1970 is ever to be reversed. Low incomes depend heavily on wages and fiscal transfers. Political possibilities for increases in the latter in the form of Biden’s $3.5 trillion non-traditional infrastructure package are at the moment up in the air. Suppose that they amount to $350 billion per year or 1.75% of GDP. By way of comparison, current fiscal transfers (Social Security. Medicare, Medicaid, SNAP, etc.) to households in the bottom 60% of the size distribution of income are on the order of $3 trillion or 15% of GDP per year. For all Republican talk about “socialism,” the Biden package would fall well short of increasing American social support spending per capita to Western European levels.

If there is significant money wage growth, the inflation rate would increase as firms pass higher costs into higher prices. The Fed’s two percent target could be breached, at which point the authorities could well move toward demand contraction.

Finally, faster inflation would drive up interest rates, forcing asset prices down, driving up costs of servicing private and fiscal debt, and cutting into financial fees. Strong reactions (at the very least) could be expected from Wall Street and affluent households. The Fed’s “put” or floor under interest rates when asset prices wobble could well be a flashpoint. It has been in place now for 35 years and is Holy Writ for Wall Street. Asset markets all over the world implicitly price it in.

The challenge — the Biden inflation trilemma — is how fast Biden and Powell are willing to let real wages grow above productivity and how big business and Wall Street will respond. The dual nature of the US (and any capitalist economy) may save them from making the choice. There may still be too many people in precarious jobs for labor pressures to become significant without government support.

The overheating under Lyndon Johnson was a coincidence of war, rising minimum wages, and low unemployment. So far Biden does not want war, and he could not get even a moderate minimum-wage rise through Congress either. What would have been a bellwether unionization effort at Amazon in the South failed. As a result, low unemployment alone is not frightening for US inflation, but it may rock financial markets through small changes in the Fed Funds. Higher wage and import costs (for food especially) may lead to more threatening inflation dynamics.

Support from INET and suggestions by Thomas Ferguson are gratefully acknowledged.

Fraser, Nancy (2017) “From Progressive Neoliberalism to Trump – and Beyond,” American Affairs 1(no. 4) https://americanaffairsjournal.org/2017/11/progressive-neoliberalism-trump-beyond/

Kohlscheen, Emanuel and Richhild Moessner (2021) “Globalization and the Decoupling of Inflation from Domestic Labour Costs,” https://papers.ssrn.com/sol3/papers.cfm?abstract_id=3914561

Storm, Servaas (2021) “Why the Rich Get Richer and Interest Rates Go Down,” https://www.ineteconomics.org/… 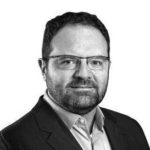