By Lance Taylor and Özlem Ömer

To recap: the structure of the American economy shifted markedly 40 or 50 years ago. Taylor (2020) describes how as part of this transformation, the US international trade imbalance increased substantially. The external deficit jumped upward and remained at a high level for decades. The corresponding surplus of the rest of the world became the so-called global “savings glut.” An important aspect of the process was a downward trend at a rate of around 0.4% per year of the share of payments to labor in gross domestic income (GDI). Taylor with Omer (2020) described this movement as an increase in the share of non-labor income or “profits” in a general sense, because that was the principal force underlying rising inequality in the household size distribution of income.

In his comments, Andrew Smithers fastened on a specific measure of corporate profits, now around 18% of GDI (including depreciation). His analysis is interesting, but has little to do with our main concerns, which are developed at much greater length in the Taylor-Omer book. We are also grateful to him for pointing out that the functional income distribution data we used, starting in 1970, is potentially problematic because it could have been extended back to 1929. According to him, “ignoring the previous 41 years is contrary to the important principle that in order to avoid data mining all available data should be used.” We don’t disagree. The full series strengthens our case regarding how wage repression contributed to US adjustment to Bernanke’s saving glut.

The focus in the book is on wage vs. non-wage income. Besides the net operating surplus of corporate business and indirect taxes, the latter includes “profit-like” flows such as proprietors’ income, imputed rent, interest, and capital consumption allowances (CCA) or depreciation which add up to approximately 31% of gross domestic income (GDI). In contrast to imputed rent and CCA, wage income is based on directly observed data. In the Bureau of Economic Analysis (BEA) national accounts, it is usually interpreted as “compensation of employees,” i. e., the sum of “wages and salaries” and “supplements” from business for insurance, pensions, etc. The BEA numbers reveal ongoing wage share reductions after the 1970s. They are the principal cause of the increasing household income inequality for decades.

CCA). The time-paths for both series are similar. Especially in the recent period, using Smithers’s preferred NDI in the denominator just scales up the wage share because CCA is stable at around 15% of GDI. There are opposing trends in two distinct periods, and no apparent reversion to mean.[1]

Reflecting the New Deal and emergence of the welfare state, the labor share drifted upward until the late 1960s.[2] Thereafter the pattern shifted. Across business cycles, the share dropped by around five percentage points – a notable decrease. As we pointed out, this reversal of trend went along with other big economic changes including the Bernanke “savings glut,” slowing inflation after the Federal Reserve interest rate shock dissipated in the mid-1980s, and a shift in employment toward low-wage low-productivity sectors of production.

Harcourt, Geoffrey (1972). Some Cambridge Controversies in the Theory of Capital, New York:

[1] Time series tests are more art than science, but straightforward tests for unknown breaks in the series point to changes around 1980. If one uses just the series for wages and salaries the break shows up some years earlier.

[2] The ratio of “wages and salaries” to GDI was stable at around 51% between 1929 and 1970. This “pure” wage share obeyed Bowley’s Law of constant shares for four decades. Then it veered downward, with no visible reversion to mean. 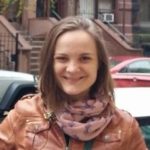