Can Capitalism Work for Women of Color? 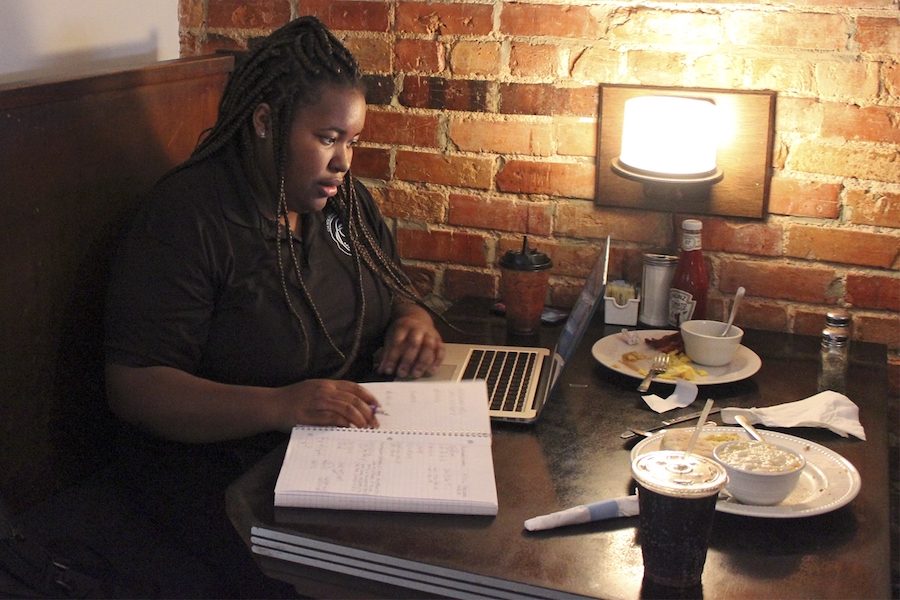 Getting rid of barriers to economic security is possible with the right policies at the right time.

There’s a longstanding belief that the U.S. economy hums along without the impediments of racism or sexism. Not so, says Maya Rockeymoore, President & CEO of the Center for Global Policy Solutions, a social change-oriented nonprofit based in Washington, D.C. Americans are increasingly realizing that the current system is working to the disadvantage of many.

Rockeymoore notes that women of color have disproportionately faced headwinds in establishing economic security due to a long history of devaluation and marginalization on multiple fronts, including employment, education, retirement, and healthcare, making it very difficult for them to build wealth.  Citing analysis by sociologist Mariko Chang, she points out that black women are at the very bottom of the wealth scale, with many experiencing negative wealth, meaning that they are in debt.

There’s no doubt in my mind — certainly if history is any indicator — that capitalism is racialized and is gendered.

Rockeymoore notes that the labor of women of color has been consistently devalued by those in power, even across education levels, and that they are often the victims of historic and contemporary labor market discrimination. They are more likely than others to be relegated to jobs that are lower wage and lacking in benefits like retirement plans, or, until recently, even health benefits. Those types of jobs compound the problem because, as Rockeymoore puts it, “not only do you have the added disadvantage of having race and gender disparities in income, but you have the disadvantage of not being able to generate enough income to be able to build wealth.” These women are disproportionately single heads of households caring solely for children, which places additional stress on their financial resources and creates particular burdens on them in the labor market.

Rockeymoore notes that people of color generally were devastated by the twin disasters of the housing bubble bursting and the economic recession, but women of color were hit especially hard. They were particularly targeted by subprime mortgage lenders and probably disproportionately affected by foreclosures.

She paints a sobering picture of what women of color face on the economic front, but insists that the problems are fixable with “the right policies at the right time.”

There may be hopeful signs already on the economic landscape, such as movement on wages. U.S. Census data from 2016 show millions being lifted out of poverty over the past year, with African-Americans and Hispanics experiencing the largest improvement. Those improvements, Rockeymoore notes, may be a direct result of the effort to lift the minimum wage around the country, which has a disproportionately positive impact on African American women and other women of color.

In addition to the importance of a living wage, Rockeymoore emphasizes that expanding Social Security is also crucial to the economic security of women of color and women over all, because they and their children are the majority of those who receive it. “Women have a longer life expectancy than males in their cohort,” she notes, “and this means that Social Security is especially important to them over their lifetime.”

Interestingly, in the face of all of these challenges, women of color have been increasingly displaying their ingenuity and resilience by starting their own businesses. “We have data that show that during the Great Recession and beyond, more women of color, particularly black and Latino women started businesses in greater numbers,” says Rockeymoore.

This increase in entrepreneurial activity may have happened as a way for women of color to offset their lack of employment within the formal labor sector. Yet at the same time, Rockeymoore notes that black women and Latinas are the least likely to have businesses that generate a significant amount of wealth and the least likely to have businesses that have any employees other than themselves.

We see that African American women, who are at the bottom of this group, have the aspiration to create wealth. Even in a labor market where unemployment is high, they are seeking opportunities to generate wealth and to sustain their households economically. And yet there’s a persistent lack of opportunity that surrounds them that serves as a barrier to wealth building.

In Rockeymoore’s view, having entrepreneurship education and training in the K-12 schooling is good for everyone, but especially important for women and women of color. “It would be beneficial if high school, they’re not just being trained to be a job holder but also a job maker,” she points out.

Extending and targeting training programs for entrepreneurs to communities of color generally and to women of color especially would also be helpful in terms of boosting entrepreneurial outcomes.

Rockeymoore is clear on the fact that leveling the playing field is by no means impossible.

The key is to build that political will: “I don’t think that we should assume or presume that because things are bleak that they could never be better,” says Rockeymoore. “It depends on the savvy and sophistication of advocates to build the political and public will to actually change the outcome.”

She points out that before 1965, women were largely excluded from getting a higher education in the U.S. because of gender and racial discrimination. Yet a single policy — affirmative action — brought women in general and women of color specifically into the mainstream. “We forget that policies have made a substantive difference in our lives,” she says, “and so all it takes is the right policy with the right push at the right time.”