Why Keynes is Important Today

By Peter Temin and David Vines

Macroeconomists have been notably unhelpful in explaining and recommending policies since the global financial crisis of 2008.

How could this have happened?

Since John Maynard Keynes created macroeconomics in the 1930s, the field has grown to be half of all introductory courses in economics and has become well represented and respected among academic economic publications. Keynes was considered helpful in the “Golden Age of Economic Growth” after the Second World War, but he is largely ignored now that we have recreated conditions similar to the Great Depression in many countries.

Modern macroeconomics flourished in its pursuit of the secrets of long-run economic growth, but it neglected short-run economic problems. In the long run, prices are flexible, and the growth of the economy is determined by the growth in the ability to supply goods and services. But in the short run prices are not flexible. Growth can be held back because prices are too high and, as a result, demand is too low. Keynes made his name by analyzing short-run problems caused by the stickiness or even rigidity of some important prices. But these Keynesian ideas were abandoned by modern macroeconomics.

But not completely. In Lectures on Macroeconomics, the classic 1989 summary of the field by Olivier Blanchard and Stanley Fischer, Keynesian models appeared late in the lectures, in a chapter identified only as “Some Useful Models.” We strongly suspect that these economists, now influentially located high up in the International Monetary Fund and the Federal Reserve, still regard these models as useful, although not describing them as Keynesian.

The fact that these two prominent economists departed from orthodoxy suggest that they had in their minds governments that cared for all of their citizens, following John Rawls’ famous proposal that we should give care to the most disadvantaged citizens. Implicit in Keynesian models is concern for those workers unable to find jobs and support for the concept of government that includes this concern.

What can we gain by calling these models Keynesian again?

We can see good economic policies in the context of a consistent analysis of the economy. For example, Keynes’ paradox of thrift showed that the actions of individuals and economies are different. If one person wants to save more, he or she can do so by simply reducing spending. But if everyone wants to save more, or at least enough people and business firms to influence the whole economy, then their collective reduction in spending reduces national income. The economy does not save more. Instead production and jobs decrease. If everyone tries to do this in all countries, then global unemployment emerges, which is an international paradox of thrift.

This is where we are now. Many households have reduced spending because they are trying to pay off mortgages that now are larger than the value of their houses. In the United States, students and ex-students weighed down by educational debts also have reduced their consumption. Businesses are accumulating large amounts of cash and not investing because their balance sheets are in bad shape as a result of the decline in the value of their assets—many of which are the flip side of the same bad mortgages that are hurting consumers. And governments are reducing their spending under the pressure of austerity programs.

As these large groups in the economy have reduced their spending after 2008, national income and jobs have decreased. And as this has happened in many countries and regions, global income and employment has fallen with each country dragged down by falling incomes and employment elsewhere.

Central banks have moved to stimulate spending in the face of this attempt to increase savings by lowering interest rates. They lowered them to the zero lower bound without having much effect; the fall in desired savings was too large. We are in a Keynesian liquidity trap. Central banks have tried to stimulate spending by actively increasing the money supply, raising fears of inflation in many circles. But no inflation has resulted as the cash sits idle in corporate coffers. Even at zero interest rates, business firms are reluctant to spend!

What to do? Many pundits say we must simply endure what they call secular stagnation. This is an unhappy prediction. Much better is the Keynesian insight that this is the perfect time for fiscal policy. In the U.S. again, there are immediate needs to repair roads and bridges, rebuild the energy grid, and modernize other means of travel. Keynesian fiscal policy expansion will benefit the economy in both the short and long run.

We argue in our new book, Keynes, Useful Economics for the World Economy, that these recommendations can be seen as inferences from a simple and effective model of the short-run economy. We show how hard it was for Keynes to break away from previous theories that work well for individual people and companies—and even for the economy as a whole in the long run—to define the short run in which we all live. We also stress Keynes’ interest in the world economy, not just in isolated economies. After all, the IMF is perhaps the most enduring remnant of Keynesian thought left today. 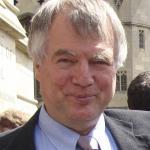