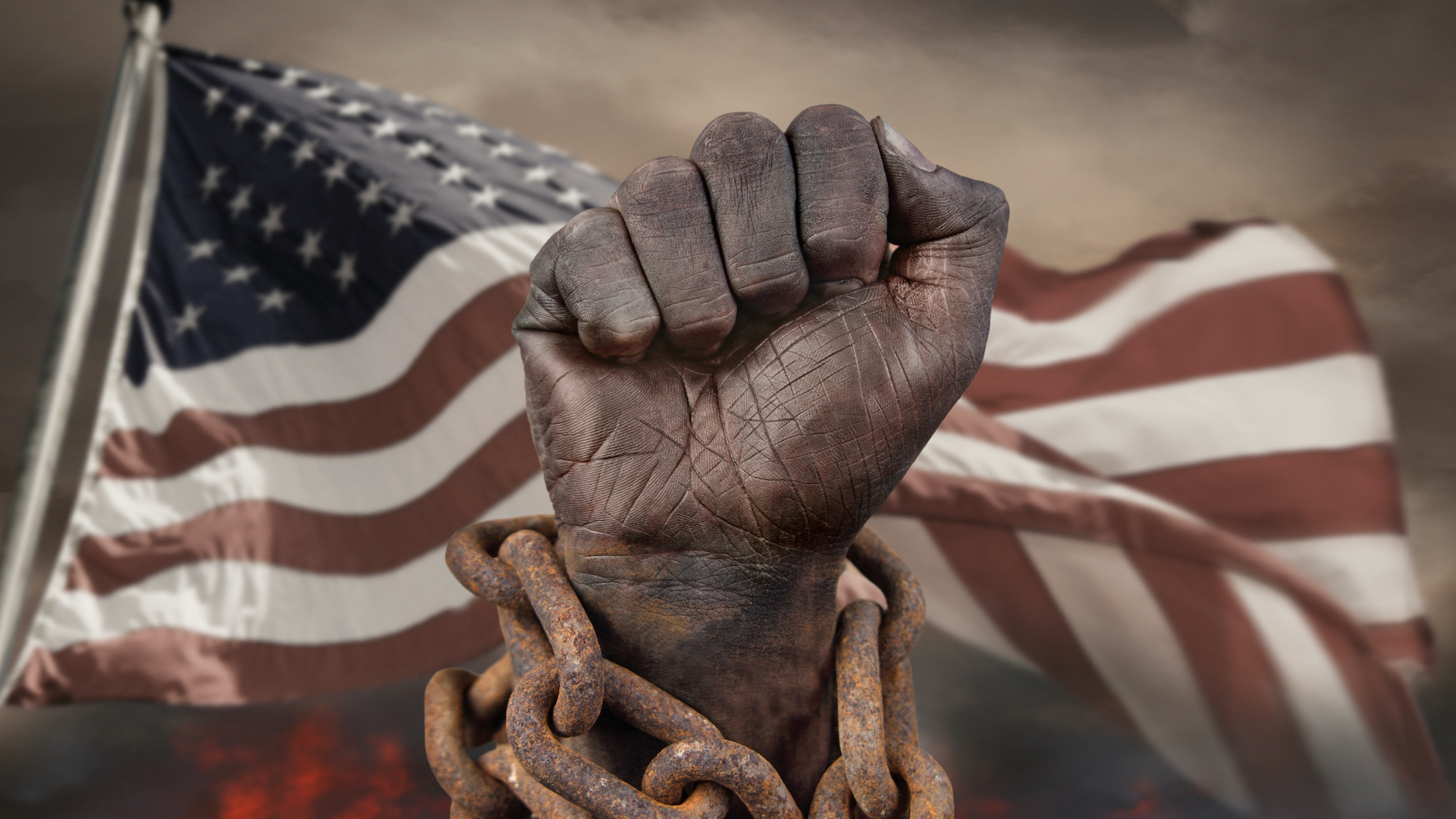 Coming out of the Great Depression, America built a middle class, but systematic discrimination kept most African-American families from being part of it

The New Deal did not extend much to Blacks, and Social Security did not extend to most Blacks for the first quarter-century of its existence.[1] The 1944 GI Bill provided educational benefits for veterans of the Second World War, but it did not guarantee admission to colleges. Few Blacks were admitted to Northern colleges and universities due to bad Southern schooling. Blacks therefore applied to Southern Black colleges—being excluded from Southern white colleges—which did not have the capacity to take them. Southern states refused to expand the facilities of Black colleges, particularly dormitories, and much of the Black demand for college education went nowhere.

Black veterans also were not helped to get good jobs by the GI Bill. Local employment agencies funded by the bill directed them to traditional Black jobs, ignoring learning that had occurred in the army, and banks often refused loans to Black veterans who lacked capital or credit ratings and lived in undesirable neighborhoods.

The GI Bill appeared to offer eligible African Americans more benefits and opportunities than they could have imagined in 1940. But the administration of the bill discriminated sharply against them to the point of mocking them for believing the promise of equal treatment. It significantly curtailed the bill’s egalitarian promise and widened the country’s large racial gap. Yet again, policies designed to transfer and create wealth and economic opportunity were restricted to whites by design.

African Americans responded to the pressure on them in Southern states by moving north and west in the Great Migration, starting in the First World War. Black workers continued to move out of the oppressive South to better their lives and employment opportunities, but this move was not always successful, and Blacks lost ground relative to whites after the Second World War. The national unemployment rate for Blacks and whites was the same in 1930; the Black rate was double that of whites in 1965. The unemployment rate for Black teenage boys went from being slightly less than whites in 1948 to being almost twice as high in 1965. Employers did not consider the Black migrants to the North to be full substitutes of their white employees, so the migrants competed largely with earlier Black migrants. While the migrants greatly increased their incomes, this was partly at the expense of earlier migrants.

This was true for several reasons. Most migrating Blacks had poor education and limited skills. White employers continued in the time-honored practice of only hiring the new Black migrants to the worst jobs. This set up competition between new and old migrants and kept their wages down. This is not to deny the gains that the new migrants enjoyed, but to explain why Black wages failed to rise relative to white wages. Whites also left cities for the suburbs. For every Black entering a northern city, almost three whites left. They left both because they did not want Black neighbors and because they expected that more Blacks would lead to higher taxes to provide public goods.

The lower incomes and employment rate of Blacks reduced their accumulation of wealth. Senator Elizabeth Warren summarized the effects of Black exclusions: “Entire legal structures were created to prevent African Americans from building economic security through home ownership. Legally enforced segregation. Restrictive deeds. Redlining. Land contracts. Coming out of the Great Depression, America built a middle class, but systematic discrimination kept most African-American families from being part of it (quoted in Temin, 2017, 53).”

Thus began a generation of prosperity and economic growth for whites, where the United States dominated the world economy. It was one big wave of United States growth in the words of Robert Gordon. The innovations that produced this growth occurred earlier, but growth was diverted into the Second Thirty Years War in the first part of this long wave, and the results reached the population at large in the years following 1945.

The lives of African Americans had changed, not always for the better, in the century since the death of Reconstruction. Freedom without human or physical capital, that is, education or land, did not dramatically improve Black living conditions. And the Republican Party that aggressively championed rights for freedmen right after the Civil War morphed into a party of Robber Barons that used racism to win elections, as illustrated in 1896.

The Voting Rights Act of 1965 was part of Johnson’s Great Society, and it set the federal government on a path that conservatives did not want to tread. The organizations formed by the Koch brothers with help from the southern economist, Buchanan, were opposed to Black inclusion in political decisions, and their opposition to the Voting Rights Act grew as the organizations grew. The Heritage Foundation was started in 1973. The Federalist Society, the future source of President Trump’s judicial nominees, was started in 1982.

Many African Americans had used their freedom to move north and west during the world wars to escape all this, changing racism from a regional problem to a national one. But economic and political changes in the 1970s ended the Great Migration and reduced migrants’ gains as the white American economy leapt ahead. When candidate Richard Nixon said he was adopting a Southern Strategy in 1968, he was signaling that he would continue the Republican tradition of using Jim Crow laws to separate African Americans from the white economy.

The 2008 financial crisis resulted in the election of the United States first Black president, Barack Obama. This election was the most exciting result of the Black Elite that had grown in the years following the Civil Rights Movement. It was one thing to have Black doctors, lawyers and businessmen; it is quite another to have a Black president. This shows that it is bad education, not innate inferiority that condemns most Black people to poverty in America. Education is not simply formal schooling, but also growing up in a stable environment where students can absorb and learn.

After the economic crisis calmed down a bit, President Obama started to negotiate with Republicans about his plan for what would become the Affordable Care Act. He did not realize how opposed the Republicans are toward poor people, and spent several months dickering with them. The reform act passed in March, 2010. The Republicans dubbed it Obamacare, and Obama was flattered. He did not realize that the nickname would remind the poor that this was a Black man’s plan, and it has become the expression used most often to refer to the Affordable Care Act.

Obamacare was a great success. It reduced the uninsured by half and did not allow discrimination based on previous illnesses. Together with the Health Care and Education Reconciliation Act of 2010 amendment, it was the U.S. healthcare system’s most significant regulatory overhaul and expansion of coverage since the passage of Medicare and Medicaid in 1965. The act largely retained the existing structure of Medicare, Medicaid and the employer market, but individual markets were radically overhauled. Insurers had to accept all applicants without charging based on pre-existing conditions or demographic status (except age). To combat the resultant adverse selection, the act mandated that individuals buy insurance (or pay a fine/tax) and that insurers cover a list of “essential health benefits”.

Obamacare faced strong political opposition before and after enactment, with calls for repeal and legal challenges. In National Federation of Independent Business v. Sebelius, the Supreme Court ruled that states could choose not to participate in Obamacare’s Medicaid expansion, although it upheld the law as a whole. Republican states typically did not expand Medicaid even though the federal government would pay almost all the added costs. The map of states that did not expand Medicaid looks like the 1904 election and the Confederacy, although some Midwest cities are included too. Polls initially found that a plurality of Americans opposed the act, although its individual provisions were generally more popular and the law gained majority support by 2017.

The law caused a significant reduction in the number and percentage of people without health insurance. The percentage of people without health insurance fell from 16 percent in 2010 to 9 percent from January to June 2016. Approximately 12 million people were covered by the exchanges (10 million of whom received subsidies) and 11 million added to Medicaid. Another million were covered by Obamacare’s “Basic Health Program,” for a total of 24 million. The uninsured rate dropped in every congressional district in the United States from 2013 to 2015.

The Supreme Court then replicated the practice of late 19th and early 20th century Southern senators by delegating voting rights to states in a series of decisions. The Southerners used this practice repeatedly in administrating the New Deal and the GI Bill to reduce the impact of federal programs on the Jim Crow practices of the South. The Great Migration has changed a Southern problem to a national one, and the Supreme Court has now signed into the opposition to Reconstruction.

[1] This post introduces the author’s new INET Working Paper of the same title; as explained there, it draws from a larger book manuscript. This post omits references that are included in the Working Paper.