The Hidden Network That Propelled Civil Rights in America 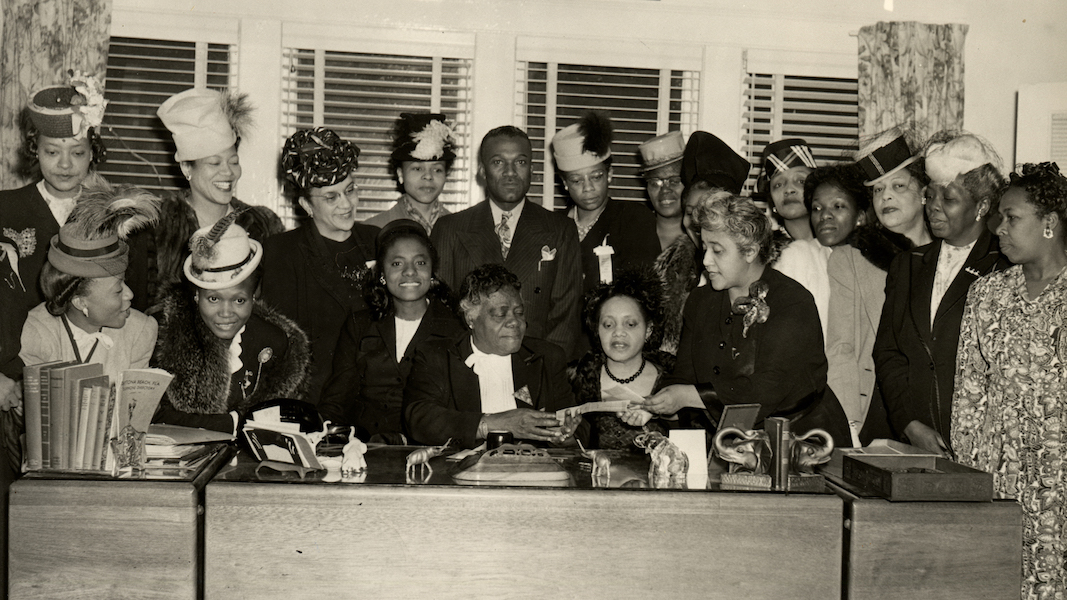 As America remembers the legacy of Dr. Martin Luther King Jr. on the anniversary of his assassination, headlines celebrate the heroic ministers and activists who advanced civil rights in the United States, sometimes at the cost of their lives. But Louis Ferleger, Professor of History at Boston University and a grantee of the Institute for New Economic Thinking, along with Matthew Lavallee, a graduate student at Boston University, have focused their attention on a powerful, behind-the-scenes network without which King and other civil rights leaders could not have succeeded.

Lynn Parramore: You point to an amazing set of facts in your research that would surprise many people. Despite the horrors of Jim Crow, America had 70,000 black-owned businesses in 1920, and over twice that many by 1969. They must have been extremely tough and resourceful to do what they did given the obstacles. Let’s talk about who they were and what kinds of businesses were they running.

Louis Ferleger:  When African Americans left sharecropping in the South as the national railroads expanded and allowed them to leave, they moved to metropolitan areas like Boston and Philadelphia. The key is that they weren’t just looking for jobs as domestics or other low-paid work. They were also looking to start their own businesses. They weren’t out to replicate the experience of being sharecroppers, but to establish themselves in other ways. So they started these small businesses, which served African Americans almost uniformly, allowing black communities to thrive and grow. It’s a story that people are not aware of. Their businesses grew even during the Great Depression. Sadly, we don’t have a lot of information on them, but we know that they were grocery stores, hair salons, small variety stores selling everything from hardware to food, gasoline stations, and funeral homes.

LP: Businesses like restaurants or salons are also meeting places. That would be critical for political engagement and mobilization, right?

LF: Exactly. And there’s a lot more activity in support of this than people realize. My hunch is that there are critical discussions at these restaurants and other places about what’s going to happen when Rosa Park does what she does refusing to give up her seat on the bus in Montgomery, Alabama in 1955. That takes nothing away from her in making that decision, but the African Americans in Montgomery were more prepared for what was about to happen than people realize.

In our research we asked, how do you lay the groundwork for the Civil Rights Movement by turning to the one community within these metropolitan areas that has been able to survive the most harsh and adversarial conditions imaginable?

Black businesses become critical as a source of support, but much more importantly, in my mind, as a basis upon which activists could turn to for people who knew how to organize. The business people were entrepreneurial. The capital is self-generated or comes from the small number of black banks. Even though the black banks represented a small amount of capital, it allows business owners to expand when they could. Black insurance companies and banks were established and became successful because there were no alternatives. In Mississippi, when they cut off the access to white banks, African American business owners who were supporting civil rights in various forms turned to black insurance companies and banks outside the state. Martin Luther King made that happen. He visited many of these banks personally.

LP: Let’s talk about the violence that these business owners faced. As a North Carolinian, I’m thinking all the way back to the Wilmington massacre of 1898, a coup d’état in which the white Conservative Democratic Party led a mob to overthrow the local Fusionist government, which included black Republicans. In addition to slaughtering as many as 300 people, they destroyed black businesses, including the only black newspaper in the city. How do people continue to run businesses with that kind of threat?

LF: When the Civil Rights Movement turns violent, it’s not just towards demonstrators and others, it’s toward these black businesses.  You ask the right question, and all I can say is that African Americans have a long and important set of histories in terms of family and kinship relationships that supported these businesses, from barber shops to beauty salons to service stations.

In a table in our paper, we took a pamphlet from Washington, D.C. and put down all the different kinds of stores that African Americans owned there in 1965. That year, seven percent of all the businesses were black-owned. You could go to African American stores for all of your needs: insurance companies, banks, caterers, beauty schools, variety shops, radio and TV stores. It gives you a sense of how these communities were thriving in these places, and that’s how they were able, in my view, to remain viable. I would argue that these black businesses are the training ground for future activists. They taught activists the need to be organized and be prepared.

LP: Tell me about one of the most significant cases in which black business owners provided the kind of support you’re describing.

LF: I think the most important case is the 1955 bus boycott of Montgomery, when African Americans refused to ride buses to protest segregated seating. When they started to boycott the buses, a large network of black-owned taxi companies provided the initial transportation solution. The black businesses were invaluable. Martin Luther King knew that, and he relied the support of small businesses during this long protest — not just the taxis, but the gasoline station owners that are providing gas, the automotive companies that are repairing the taxis. These businesses generated funds across the board to help defray the cost of the boycott. Without them, there is no boycott. There is no success.

LP: Let’s talk about female black business owners. How were they involved in supporting civil rights? This seems to be an especially overlooked area.

LF: It’s true. What’s often missing from the literature is all the black women entrepreneurs who provided the networks of food, who provided clothing when the clothing of protesters was ripped or stolen. Black women were a key part of the black business community. In 1965, there were 295 beauty salons in Washington, D.C., which were overwhelmingly owned by black women. For comparison, there were 180 barbershops owned by black men, but there were many more beauty salons.

NPR [National Public Radio] did a story on Georgia Gilmore, a Montgomery cook and activist who provided food and funding for the civil rights movement. During the bus boycott, she sold sandwiches and meals to the African Americans involved in the protest, then put the profits back into the movement and helped to support the alternative transportation system. Her house was a meeting place for King.

LP: How do you see black businesses interacting with political causes and civil rights today?

LF: I see black businesses as the nearly invisible cadre of activists that people take for granted. They organize lots of things that happen in lots of cities. They’re often quiet, and they make contributions, and they are trying to keep themselves afloat while simultaneously being much more socially aware and politically astute than people realize. I have a hunch that when journalists look into the story of the surprising 2017 Alabama senate race, when the white Democratic candidate Doug Jones beat Republican Roy Moore, this extreme person, they’re going to find a whole network of black business owners who were supportive in helping and providing funds for the Democratic Party to go door to door to get people to register for that particular election.

LP: Right now, as the country is reflecting on the legacy of MLK and the Civil Rights Movement, why don’t we hear more about the crucial role played by these entrepreneurs? Is there some unease with the idea of black capitalists and small businesses?

LF: I’ve been combing a hundred different sources in terms of newspaper articles all across the country and it’s very frustrating to see that these stories not appearing. We know the names of the celebrities, but nobody knows the names of the taxi drivers that made things like the Montgomery boycott possible. The women who prepared the food. The farmers who donated it. All the small business involved.

I think you’re right that there is a kind of unease. Some historians have dismissed black entrepreneurs because they want African Americans to move into large-scale enterprises, where upward mobility and a better standard of living exist. But people don’t understand that for decades African Americans survived in growing metropolitan areas by owning small businesses, not just by doing domestic work or odds-and-ends jobs. Their importance to Martin Luther King is tremendous. He traveled extensively and met black business owners everywhere. He relied upon them. They gave small contributions of money and provided support in very important places, which made his travel and his role possible.