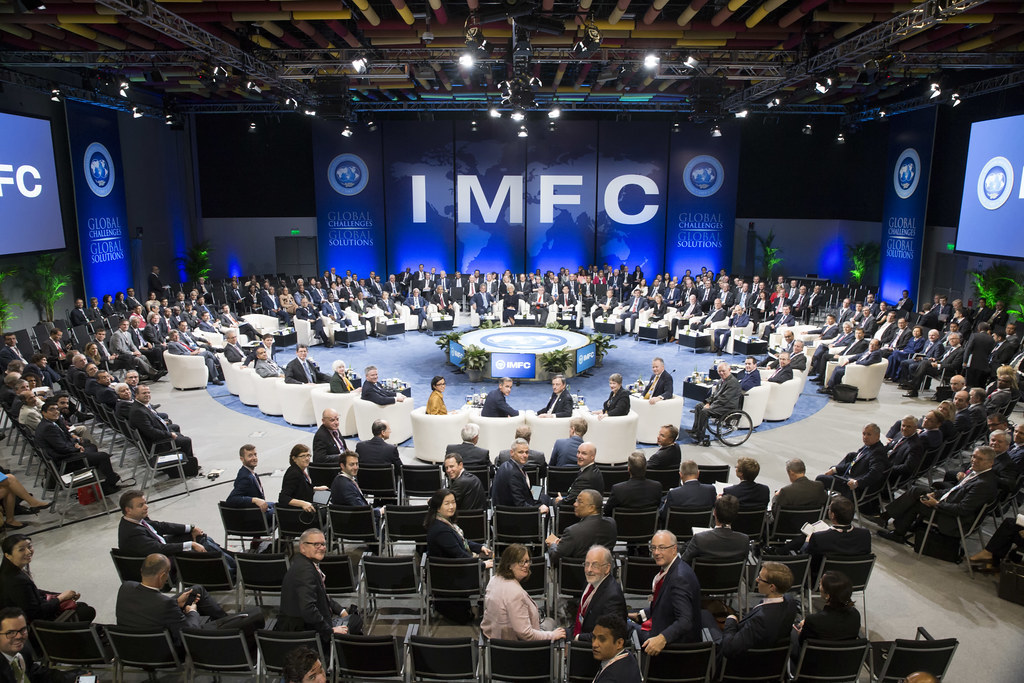 A Template to Prevent a Global Debt Crisis?

This would have been a struggle before; now, the Covid-19 crisis makes it impossible. Developing countries are being battered by a tsunami of falling export and tourism revenues and dramatic outflows of capital, causing sharp currency depreciation. Without quick and substantial action, many governments will be forced into debt defaults.

So does the international community (assuming that there is still one) want a perfect storm of disorderly defaults that could wreck the global financial system? Or a more equitable distribution of costs among lenders and borrowers, with less damage to people? The UN has argued for a new “Global Debt Deal” for developing countries, involving a $1 trillion debt write-off, recognizing that this is one of those unusual moments in history when the fate of the international system hangs in the balance.

Fortunately, there is a concrete example of how this could be done. The new government in Argentina has proposed a set of principles and a framework for debt sustainability that make eminent sense. If adopted by creditors, it would set the stage for a manageable debt reduction in Argentina that would enable the country to grow its way out of the currently unsustainable debt. It would also provide a template for dealing with other unsustainable developing country debt.

A brief history first. When Mauricio Macri took over as President of Argentina in 2015, he took the typical neoconservative route: financial liberalization (including current and capital account movements and a freely floating exchange rate initiated with a huge devaluation), reducing progressive taxes, increasing the fiscal deficit, increasing public debt, then reducing public spending to balance the budget. The borrowing spree that rapidly increased Argentina’s public debt by more than a third to $321 billion in 2017, mostly in US dollars. That party was over quickly: by 2018, fiscal and current account deficits were more than 5 per cent of GDP, public debt ballooned to nearly 90 per cent of GDP, the currency collapsed as capital fled, and inflation soared. The IMF was called in, and provided a controversial bailout with its usual conditions—massive budget cuts, primary budget balance in 2019 and a reduction of the external deficit. Argentina did everything the Fund asked for, and the economy got steadily worse. Growth had collapsed well before the pandemic, inflation is surging, and there is immense hardship among people.

Public debt is 90 per cent of GDP and foreign currency debt is 70 per cent of GDP; both will explode without restructuring. A lot of repayment is due this year, making it both currently unaffordable and unsustainable over time. The new Finance Minister Martin Guzman has put forward a proposal that aims to enable the country to move to a more sustainable debt trajectory by enabling the economy to recover and grow.

This requires a restructuring of existing foreign debt – and Argentina’s proposal is a relatively modest one. The projections are based on a smaller fiscal contraction than required by the IMF, and medium term growth of 1.2 to 2 per cent, along with realistic trade balance projections and a plan to build up foreign exchange reserves. The idea is to make the debt service manageable and enable sufficient buffers to protect against exogenous shocks like Covid-19. To this end, Argentina is offering to restructure $65 billion of foreign debt to bondholders, under which interest payments would resume in 2023 and principal payments in 2026. While some creditor groups rejected the offer, the negotiations continue.

Interestingly, the IMF—both its head Kristalina Georgieva and staff—has supported the essentials of Argentina’s plans. Perhaps trying to atone for its past sins with Argentina, a technical note from IMF Staff noted that restoring public debt sustainability “will require a decisive debt operation, with a meaningful contribution from private creditors”, to bring foreign exchange debt servicing levels to 3 per cent of GDP over the medium term. In other words, creditors who want to be paid at all should recognise that they have to take a haircut now.

There have been past cases in history of dramatic restructuring of sovereign debt. For example, the London Debt agreement of 1953 that effectively cancelled around half of Germany’s debts and converted the rest into long-term, easily repayable loans that limited repayment to 3 per cent of export earnings in a year. It is true that this was a specific case dominated by the impact of World War II and the nascent Cold War, but it shows that where there is political will, significant debt reductions can occur. It is also worth noting the role this agreement played in enabling Germany to grow out of its external debt problems and become an economic powerhouse—and laid the seeds for western prosperity over the subsequent decades.

That was a much bolder and extensive debt relief package than what Argentina is proposing today. Then, the consortium of Germany’s creditors recognized that the alternative to substantial restructuring was economic disarray and even collapse, with terrible global implications. We may be heading for an ever-greater debt conflagration today, if creditors do not learn this important lesson.