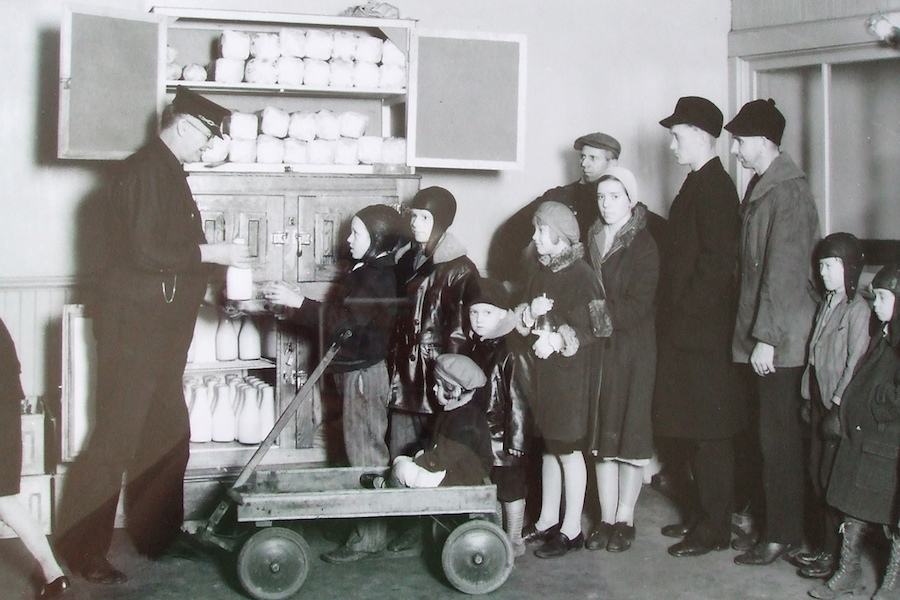 I am grateful to Professor Peter Bofinger for alleviating some of the worries I had after reading his VoxEU paper. To be clear, his comment leaves no doubt that he:

So far so good. However, Bofinger takes issue with my two claims that German wage moderation relative to the rest of the Eurozone has been relatively slight and that Germany’s relative productivity performance has been “outstanding.” Using AMECO data, Bofinger presents two charts to underscore his concerns: the first one (Chart 1) shows a clear gap between (lower) nominal wages per employee in Germany and (higher) nominal wages per employee in the rest of the zone during 1999-2007. The second graph (Chart 2) shows that during 1999-2007 German labor productivity per person employed was roughly in line with Eurozone labor productivity per person employed. Going by Bofinger’s two charts, I would be clearly wrong and pig-headed in upholding my two claims—which is exactly what I want to do here (even though this is not my main issue).

The problem I have with Bofinger’s charts (and not just his charts, but most graphs and figures presented in this debate about German wage moderation) is that these present a distorted picture of (Germany’s) relative wages as well as its relative labor productivity. The distortion arises when comparing wage and productivity levels across countries and it is perhaps best illustrated in the case of productivity. Labor productivity can be defined per person employed (which is what Bofinger does) or, alternatively, per hour of work (which is what I did). The distinction is crucial to the debate on labor cost competitiveness in the Eurozone, because the average German employee was working two hundred hours (or 5 to 6 weeks!) less per year than his/her average Eurozone colleague, and because Germany is the only economy in the Eurozone where the total number of hours worked (by all employees) has been declining in absolute terms (by 0.22% per year during 1999-2007). Any comparison of Eurozone wages or productivity per employee is consequently misleading, as it understates (overstates) wages and productivity in the country where workers work fewer (more) hours (in comparative terms).[1]

Figure 1: Labor Productivity of Germany Relative to the Rest of the Eurozone (1999-2007)
Per Employee versus Per Hour of Work

This whole discussion about the deeper causes of changes in relative unit labor cost does distract from the equally important issue of the extent to which unit labor cost matter for exports, imports and the trade balance. This is not a trivial issue, because as argued by Felipe and Kumar (2011), Gaulier and Vicard (2012), Wyplosz (2013), Gabrisch and Staehr (2014), Schröder (2015), Storm and Naastepad (2015) and many others, there are good theoretical and empirical reasons to qualify the importance of relative unit labor costs for trade. First, unit labor cost elasticities of export/imports tend to be much smaller (in absolute size) than the corresponding price elasticities, due to the fact that (a) wage costs constitute only about 22% of total production costs; and (b) higher wage costs are only partly shifted onto higher prices. Secondly, there is clear evidence that in countries like Spain the trade deficit increased because of faster import growth, while export growth stayed constant; if this is so, the question is why (higher) relative unit labor cost would one-sidedly impact imports and not exports.


Thirdly, if one wants to identify the impact of labor costs on trade, one should filter out other influences on trade and most prominently the impact of income and demand growth. But doing so will show that world income growth already completely explains export growth and domestic income growth fully explains import growth for most economies concerned. Put differently, the income effect is mostly found to overwhelm any cost-competitiveness impact, especially in the longer run (see Schröder 2015 for elaboration). What is finally important to acknowledge is that in the crisis economies, unit labor costs started to increase only following a preceding deterioration in the trade account (Gabrisch and Staehr 2014). This indicates that rising unit labor costs were the consequence, rather than the cause, of the growing imbalances. I concur with Felipe and Kumar (2011), Wyplosz (2013) and Schröder (2015) that it is a myth that the Eurozone imbalances were driven by (exogenous) losses or gains in cost competitiveness.

My greatest anxiety, however, remains. Professor Bofinger persists in arguing that the Eurozone imbalances and crisis can be resolved by a symmetric solution: some (moderate) wage cuts in Southern Europe, but above all very strong nominal wage growth in excess of the ECB’s inflation target of 2% in (surplus) Germany. Let me make clear that I have no objection whatsoever to strong nominal wage growth (in excess of 2%) in Germany: it is needed (indeed) to rebalance the Germany’s wage-led economy from excessive reliance on exports to more dependence on domestic demand. I am not and have never been a proponent of nominal wage moderation as a “growth strategy” (e.g. Storm and Naastepad 2012, 2015) – my own country (The Netherlands) which started wage moderation already in 1982, is a good example of this policy’s deleterious impacts on productivity growth, technical change, and inequality. My problem with Bofinger’s symmetric solution is that it will not work for the Eurozone. As shown by data from the World Input-Output Database (WIOD), higher wages and higher (import) demand in Germany mostly spills over (through backward production linkages) into higher exports and value added in the Czech Republic, Hungary, Austria, Slovakia, and the Netherlands, but significantly less so into higher exports for Southern Europe. In other words: higher German wage growth does not constitute a strategy for Eurozone recovery.

As I argued in the concluding part of my comment, the Eurozone’s real problem is structural or technological divergence between a high-tech, high value-added core which has strong non-price competitiveness (basically Germany and its satellites) and a lower-tech, low value-added periphery (Southern Europe) which is basically forced to compete on labor costs and prices. To narrow this divide, which has only become bigger after 2009-10, much more is needed than some readjustment of relative wages within the zone (think: tax-financed and publicly supported industrial policies to upgrade production and technology structures in the periphery to improve non-price competitiveness and create higher-paid productive employment). The real problem of the Eurozone lies in its growing dualism, the non-recognition of which is not just undermining the economic recovery process but also hurting intra-zone solidarity and threatening political stability and decency (witness the rise of the far-right all across Europe). We should stop talking about wage increases in Germany or wage cutting in Southern Europe as being relevant to the real life-and-death challenge facing the Eurozone and face up to more difficult task of how to plan and finance a viable recovery strategy. I fear it is already almost too late.

[2] Professor Bofinger has added a fourth chart which shows that for Germany, the index of unit labor costs (ULC) per employee is about the same as the index of ULC per hour work. This follows directly from the definition of ULC = (W/E)/(X/E) = (W/X) = (W/H)/(X/H), where X = output. My point is that one should compare wage levels per hour and productivity levels per hour if one wants to identify the extent to which changes in relative wages and in relative productivity have contributed to the decline in Germany’s relative ULC vis-a-vis the rest of the Eurozone.