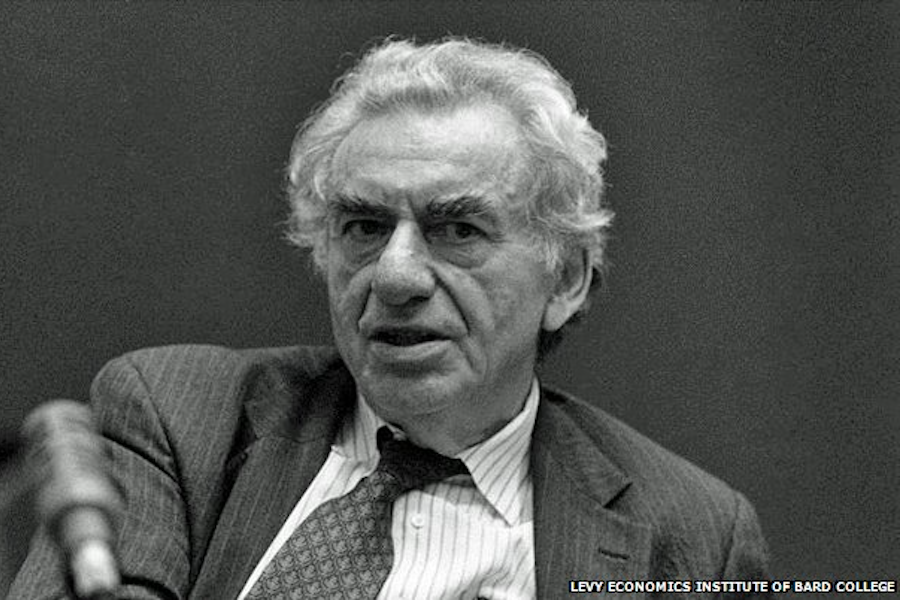 The Economist pays tribute to Hyman Minsky, whose ideas on financial instability have not been given the attention and prominence they deserve

Following last week’s piece on George Akerlof’s market for lemons — parsed here by our own Rick McGahey — The Economist this week continued its series on seminal economic ideas by turning to Hyman Minsky, a heterodox macroeconomist known best for his Financial Instability Hypothesis.

While Akerlof’s ideas eventually became central to mainstream economics, Minsky’s contributions are not part of the canon to which every economics student is exposed despite the longstanding recognition of the deep insights provided by his approach. For example, Charles Kindleberger’s Manias, Panics and Crashes, a widely respected classic study of financial panics, borrows heavily from Minsky.

Minsky envisages an economy evolving in an deeply uncertain manner, through a web of financial commitments that are inherently fragile and given to periodic breakdown. In his view, depressions and periodic sharp downturns can occur as part of the natural functioning of the economic system, not as rare events or deviations from the norm. Such a vision differs sharply from the more common view of the macroeconomy as generally settling into equilibrium at or around a given potential output that is in turn given by ‘real’ parameters. In this conventional mainstream view, policy can usually resolve problems relatively easily; not so for Minsky.

Recent decades, and especially the financial and economic crisis of 2008, suggest that Minksy had the better vision. But although Minsky’s approach is now somewhat influential and recognized (Paul Krugman in particular has paid his respects to Minsky) it is not yet canonical. Why not?

Part of the story may be Minsky’s lack of mathematical formalism, which has come to dominate much of mainstream economics. But where there are recent attempts to formalize and embed his vision in more standard approaches, they often do violence to the spirit of his vision.

It also may be that Minsky’s vision is simply too threatening for an economics based in equilibrium and lack of conflict. Arguing that the modern capitalist economy is prone to successive crises through the normal operations of its financial system cuts strongly against most mainstream consensus thinking. Thus, while some scholars may identify particular situations such as the 2008 financial crisis as a “Minsky moment,” they resist or reject his view that the system is inherently unstable.

At the Institute for New Economic Thinking, we have always been inspired by Minsky’s work. Several of our grants have been awarded to scholars working in his broad tradition, outside standard approaches. Moreover, our efforts at curricular reform and alternative course offerings also give his vision a more central place in taught economics.

Scholars interested in further exploring his ideas would benefit from reading his own books, such as John Maynard Keynes and Stabilizing an Unstable Economy. Also worth reading are INET Senior Advisor Perry Mehrling’s tribute to Minsky published after is death, and Mehrling’s more recent dictionary article on Minsky’s life and ideas.