India: Demonetization and its Discontents 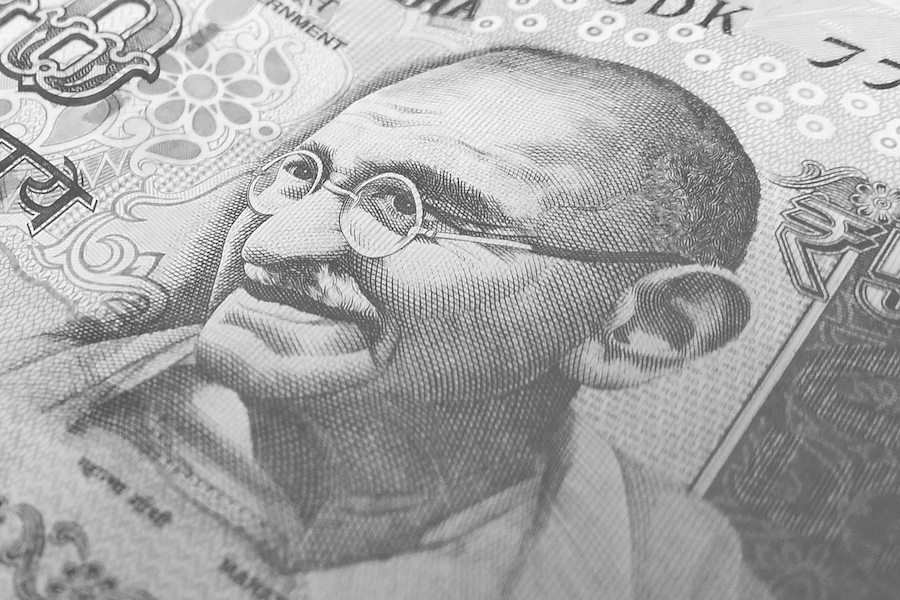 The Modi government’s demonetization decree, which at the stroke of a pen eliminated the two most widely used and largest currency notes in circulation (Rs. 500 and Rs. 1000) was initially hailed by the prime minister’s chest-thumping media allies as a “surgical strike’’ against “black money”.  But a surgical strike, at least in theory, is precise and targeted — in this case presumably aimed at the “black” part of “black money”, holdings of wealth that are obtained illegally or which have been undeclared to the tax authorities. What has transpired, instead, is more akin to a carpet bombing — a widespread and indiscriminate operation without concern for collateral damage.

The widespread pain caused to those who are not its intended targets is a good reason to oppose such indiscriminate policy actions. But in the case of demonetization, those unjustly injured have by and large accepted a narrative that this is for the greater good and will somehow rid the system of the depredations of lawlessness.

The logic of the measure was never clear.  As many have pointed out, cash hoarding is a very small part of asset holdings gained from illegal activities, and at least some fraction of the cash hoards are generated by activities that are perfectly legal (indeed most activities that generate illegal income simultaneously generate legitimate income). Moreover, even these “black money” hoards can be laundered under the new dispensation through multiple routes. Indeed, within a few days of the announcement, many agencies suggested ways in which Indians could  launder ill-gotten cash. These include providing temple donations with a kickback, backdating invoices, using factotums to deposit money and so on. There is already evidence that these methods are being used, and there is no reason to believe that those with cash hoards are going to be caught.

Even if there was some way to track these incomes, it beggars belief to imagine that a tax authority as inept as India’s is at catching and prosecuting income-tax evaders will suddenly have the wherewithal to do so.  An equally implausible justification of the policy is that it was important to get rid of high-denomination notes to prevent cash hoarding — as if somehow the extra burden of holding four extra 100 Rupee notes rather than one 500 rupee note would magically prevent illegal transactions. “No one will ever hold black in 100 notes”, an observer told me without irony, displaying a desperate need to believe in the cause. Of course, this justification collapsed when it became clear that there would be Rs. 2000 notes that were legal tender. Finally, Indians were told that the currency withdrawal would prevent counterfeiting (the always convenient Pakistan threat!!) — with no evidence offered to make the case that this was a major problem, or that the new currency was more immune to counterfeiting.

Evidence of these problems is mounting. In the best case scenario — highly unlikely to be achieved — some people will be dispossessed of illegal cash holdings. But the methods by which illegal income is generated have gone untouched.

That’s why, in the days following the announcement, advocates of the change have slowly moved goalposts. New justifications include promoting a cashless economy, although there’s no sign of any program to back that up. Talking heads and government spokespeople speak easily of the idea that every family has a bank account and that there are over a billion Aadhar  cards (India’s identity card system) conveniently forgetting that for the vast majority, those are not accounts from which everyday transactions take place (indeed, this is not true of the majority of the middle classes as well).

How then to explain the fact that people have been tolerant and willing to undertake the hardship associated with the currency change? The answer may lie in the feeble hope that the move will reverse widespread venality and lawlessness by “fat cats” who hoard “black money”.  The government has bet on a fantasy without doing all the hard work associated with addressing the underlying malaise.

But the demonetization also has a malign edge that has, as yet, not been adequately acknowledged. If there is a longstanding collective understanding that has prevailed in India, it is in the belief of the integrity of the monetary system—that legal tender will be widely accepted, that our ‘pay community’ is strong and cohesive.  Relatively unusually among developing economies, India has avoided monetary drama —inflation has never gotten to hyperinflationary levels; deflation has never been on the cards; widespread defaults have been few and largely contained; money has been accepted as means of final settlement everywhere and at all times.  But demonetization has shaken that faith. Indeed, the only way for the policy to have long-term effects in preventing cash hoarding is to have the threat of further demonetizations.

There is a reason why demonetization has never previously happened in peacetime or in the absence of hyperinflation. Those are events that acknowledge the widespread breakdown of social life and attempt to reset it. Money itself is an essential metaphor, a social contrivance to signify a means of final settlement of debts without which binding commitments or promises would be impossible. The anonymity of money is exactly what allows people who don’t have any strong social ties to cooperate in all sorts of ways. And cash, in particular, allows for cooperation and coordination among the poor, the rural population; people who don’t have access to electronic payments systems or coordination through corporate structures, professional networks and so on. Demonetization undermines those structures and in that, the sense of a collective social understanding.  Doing so, while unlikely to be fatal, will corrode this most basic trust.

* A different version of this piece first appeared at Macroscan.org