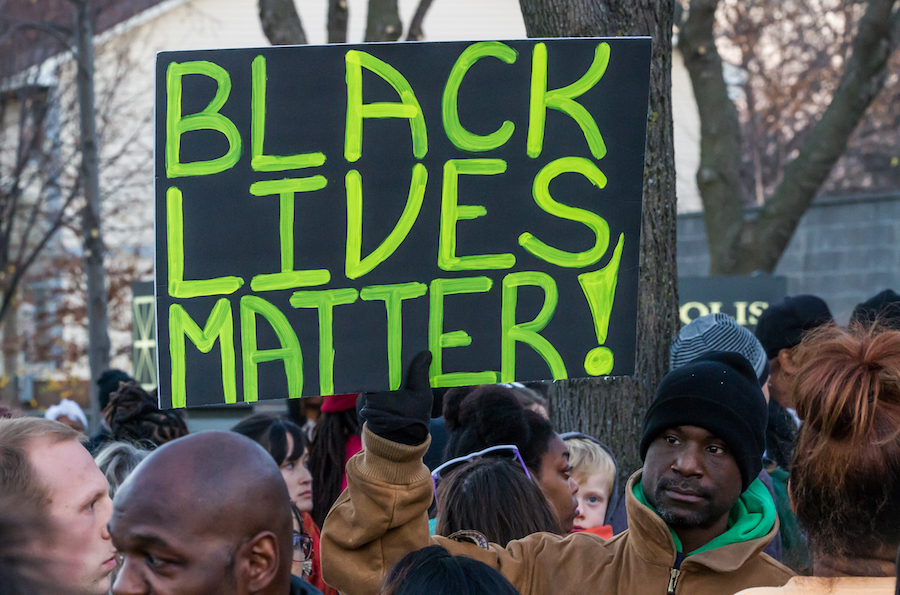 Alicia Garza, co-founder of the Black Lives Matter Network, shares a vision of how to bring economic opportunity to women of color

The Black Lives Matter movement has made the demand for equality heard in America and around the world. A key component of this vision is economic fairness, particularly with regard to worker protection in industries that are not appropriately regulated, like domestic work. Alicia Garza, the co-founder of the Black Lives Matter Network and Special Projects Director for

While some have argued that the on-demand gig economy has many positive aspects for women, such as the ability to stay home when a child is sick, Garza is clear that the hype is far from the reality. The idea of scheduling flexibility, for example, applies much more to employers that to workers.  She notes that the gig economy has been unfavorable to unions and collective bargaining, and that attractive-sounding rhetoric about individual choice and freedom often translates into classifying most workers as entrepreneurs who are responsible for their own positions. That, she says, must change. She would also like to see regulation that sets wages.

“The gig economy brings opportunities for innovation but it doesn’t necessarily offer protections for workers in the form of paid sick days, overtime pay and even the right to address grievances with your employer. It’s nebulous enough that you have many employers but nobody’s responsible for the bottom line in terms of making sure that you have the fundamental basics that you need in order to be able to provide that labor,” says Garza.

Garza has long been working to secure the rights of homecare workers and house cleaners who face challenges on multiple fronts: Domestic workers have not been covered by most federal labor protections which has left them vulnerable to mistreatment. When they come to the U.S. from abroad, they are liable to experience exploitation, especially if they lack documentation, and working in a private residence also leaves them open to abuse. Garza points out that it is crucial for these workers to have more access to citizenship.

She notes that within the gig economy, the hazards for domestic workers who are dispatched increase further because there’s less regulation. “The bad dynamics that exist in the gray market in this sector are being replicated to scale — which is really scary,” she warns.

Garza points out that a project of the National Domestic Workers Alliance called Social Innovations has been working with large companies that are dispatching workers to have them sign on to a “Good Work Code” consisting of values like transparency and shared prosperity. So far, about 200,000 employers have signed onto what she describes as a gold standard for how a company protect should workers.

Another high priority for Garza is closing the wage gap between women of color and white women, which perpetuates cycles of poverty and disenfranchisement. She notes that the service sector, especially the health care industry, which is the fastest-growing industry in the U.S., is an area of focus because it is rife with low wages and is also a place where women of color are concentrated. As America ages, the need for a new paradigm is growing urgent.

“The rate of people turning 65 or older is happening faster and faster,” says Garza. “That means that we have a real disparity between people who are adequately trained and adequately paid to provide care and a disparity in terms of the price of care.”

Garza points out that more Americans are now called upon to take care of children and aging parents simultaneously, and that this is quickly becoming impossible for many, especially people of color who face a racialized wealth gap.

“We need to provide subsidies for families who are in that position,” says Garza. “We need to provide tax credits in order to really incentivize the kind of care that people really want, which is often not in facilities but in the comfort and privacy of their home. We also need to cut the cost of what that care entails. If we’re able to focus on that, I think there’s lots of opportunity to improve the quality of life for folks.”

Another agenda item is making sure that there are services for black women who are experiencing violence in the home. Garza notes that the rate of incarceration for black women is increasing rapidly: “They are the fastest growing population in prisons and jails,” she says.  “A major reason for this is violence that they are experiencing in their own homes —intimate partner violence and other forms of violence.”

Garza emphasizes that one big indicator for incarceration for black women is poverty. “That’s why we have to stop the increases in penalties for things like writing a check that doesn’t have sufficient funds or increasing crackdowns on things that people do to survive in an economy that doesn’t have room for them,” she says.

Finally, Garza outlines the need to remove restrictions that black women are subjected to in the political realm.

Garza would like to see more opportunities for black women to run for office.

“If you look at how black women vote, that is also how we lead,” she says. “Creating more space for black women to become elected officials and to be setting public policies certainly skews toward the potential for having more comprehensive solutions that really look at root causes of why it is that black women are facing some of the problems that we’re seeing.”

As the dust settles on the presidential election, Garza already has her eye on the next battle: the mid-term elections. She sees the composition of Congress as critical to achieving the kinds of policies that will improve the lives of those who are suffering economic injustice.  The Black Lives Matter movement has made it clear that economic equality is the unfinished business of the civil rights struggle, and that the struggle will go on, no matter who is in the White House.