By Servaas Storm and Goher-Ur-Rehman Mir

We are grateful to Michael Grubb, Annela Anger-Kraavi, Igor Bashmakov, and Richard Wood for their interesting, empirically rich and structurally insightful commentary on our paper on the production-based and the consumption-based Carbon Kuznets Curve (CKC).

We would prefer to consider their article as a complementary analysis to ours—a companion piece that contextualizes and nuances our empirical findings and theoretical argument—and with which there is much to agree. It makes good sense to extend the empirical analysis to recent (post-2007) times to see if the pattern observed still holds true and to use multiple (integrated) databases. Likewise, the long-period comparison of Russia versus France (1960-2014) is useful if one wants to highlight structural change. The commentary by the London-Cambridge-Moscow-Trondheim team is by all means an excellent and helpful contribution to enhancing our understanding as to whether a delinking of growth and carbon emissions is possible, and if so, how it can be achieved. However, notwithstanding all their valid empirical qualifications, we feel that our main findings still stand and that two of the qualifications by Grubb et al., need to be qualified themselves.

Firstly, in our analysis we use a panel dataset for 39 countries and 13 years. We agree that using multi-model confidence intervals constitutes a methodological improvement over a single-model analysis—even if the outcomes may be quite similar. We do not use (aggregated) country groupings. The aggregation of countries is therefore perhaps less of a limitation than is suggested by Grubb et al., and our analysis may be picking up the heterogeneity associated with countries operating at different stages of development (also through the world input-output database). It is slightly ironic that Grubb and co-authors themselves limit their analysis to country groupings such as the EU-15 in their Figure 1, which is used to argue that consumption-based and production-based carbon emissions declined strongly during 2008-2014 while per-capita real GDP stayed stagnant. It is noteworthy in their figure that consumption-based emissions declined more than production-based emissions.

The key (and unresolved) issue is whether these declines in emissions with stagnant per capita income reflect long-term delinking. We are not convinced they do. Rather, what has been happening is this. Due to the balance-sheet recession, household savings have gone up and consumption has gone down almost everywhere—and especially for items that are relatively carbon-intensive (e.g. international travel, building materials, printing, and cars, and indirectly: cement and concrete production). Hence, the drop in carbon emissions is due to households deleveraging their broken balance sheets—and it does not reflect a fundamental change in consumer preferences or (more carbon-efficient) production technologies. We can only pray for secular stagnation if we want to keep CO2 emissions down. We expect the fall in carbon emissions will likely be a temporary blip—and sooner or later (probably later) we will back to our Figure 3.

Second, Grubb, Anger-Kraavi, Bashmakov, and Wood are right in pointing out that our panel dataset covers only a limited period (1995-2007). They insightfully complement our analysis by showing how carbon intensity has changed in France and Russia over a much longer time span (1960-2014). The illustration for France is a bit idiosyncratic, however; as France, with about 77% nuclear energy generation, has the lowest CO2 emission rates per head in the developed world. Their figure does show that in France the gap between (higher) per capita consumption-based carbon emissions and (lower) production-based emissions has been growing over time—but both measures have come down over time (largely but not fully due to its nuclear power program which started in earnest in 1962) and with growth of per capita GDP. This means that there has been both structural change (from carbon-intensive manufacturing to less carbon-intensive tertiary activities, but more importantly also within energy generation) as well as increased carbon leakage abroad. Grubb et al., correctly emphasize the point that these two processes are not necessarily the same, and underscore the empirical fact that some rich countries such as France have managed to delink carbon emissions per person and real GDP per person. However, they don’t discuss whether the French experience is a generalizable one or if it is based on a fundamental reorientation of consumer preferences, a break-through improvement in energy efficiency, or a change in the energy mix (to low-carbon nuclear electricity as in France). The U.S.A. for that matter has managed to reduce its production-based CO2 emissions per person by more than 20% since 2005 mainly by shifting to the use of shale gas for electricity generation—without any significant changes in preferences and energy/fuel efficiency.

Finally, Grubb et al., note that most of our data points lie at the lower income/emission levels and that the higher income/emission data points are under-represented. This is true, but it reflects the empirical reality that the big majority of world population has an income lower than the CKC threshold level. There is a weakness to the CKC approach: the scale effect, which depends on population size, is not adequately integrated into the analysis of delinking. The point is that even if the rich countries can afford to delink (in terms of both production and consumption), it is not a feasible strategy to let the poorer economies grow (and raise their per capita emissions) up to the CKC turning point, because global (per capita) emissions must rise as a matter of simple arithmetic.

Let us (for purposes of illustration) define global CO2 emission per person as the weighted average of per capita carbon emissions in the poor countries (where two-thirds of the world population lives) and per person carbon emissions in the rich (OECD) countries (where the remaining one-third lives): , where π is the share of the poor in the global population. Let us assume that π = 0.666 and hence (1 – π) = 0.333. This means that a change in per capita emissions of the global poor has an impact on global per capita emissions that is about twice as large as that of a change in emissions per rich individual. This means, in turn, that even if there is a modest growth of (say) 1% per year in per capita emissions by the poorest, the richest people have to reduce their per capita carbon emissions by 2% per year just to keep global emissions constant. Moderate growth of the economy and of emissions in the Global South therefore necessitates unprecedented carbon decoupling in the Global North. While Grubb, Anger-Kraavi, Bashmakov, and Wood are right in stressing the existing potential for carbon-reducing structural change and strong energy efficiency improvements, we would want to underscore the fact that what is needed right now, is historically unprecedented, especially if we allow enough developmental space for the late-industrializing nations. We are all extrapolating into unchartered territory—and firmly agree with the authors that the Carbon Kuznets Curve may not be the best tool to navigate this space. 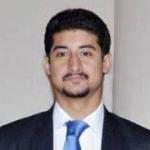