World War II to Covid-19: Been Here Before and Done Better

By Michael Best and John Bradley 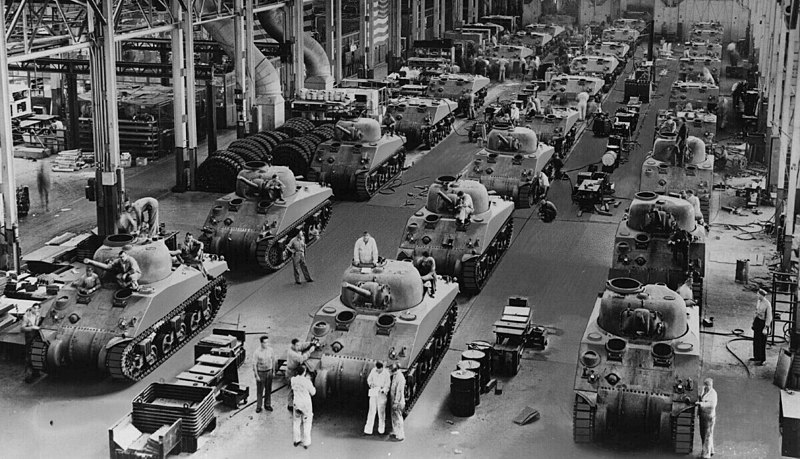 During WWII FDR mobilized private manufacturers to support the war effort. To keep Americans healthy, we need to do the same now for medical equipment

As the US faces into the Covid-19 crisis, with political disagreement over how the powers of the Federal Government can and should be mobilized to deal with the escalating challenges, it is a good time to reflect on how an earlier generation faced up to a challenge of a different kind but of similar gravity.

Japan’s attack on Pearl Harbor on December 7, 1941 abruptly ended two decades of American isolationism. The Nation had only 400,000 men under arms, a total that would increase to 12 million by 1943. In his message to Congress in January 1942, President Roosevelt announced annual production targets in key sectors to enact his vision of an Arsenal of Democracy to win the war. The targets demanded explosive growth in production on an unprecedented scale anywhere, any time. The nation delivered. U.S. munitions production increased 140 times over the 1935/9 to 1944 period compared to 7 times in Germany, 10 times in the USSR, 15 times in Japan, and 22 times in the UK. The U.S. alone produced guns and butter as national product nearly doubled in the same period.

A powerful new framework of economic management was created to build an engine of economic growth and to translate President Franklin Roosevelt’s vision into a production reality. It was a rapid growth, transformative experience that had profound implications for post-war strategic policy frameworks in what became known as the Asian economic miracles.

The case of penicillin production is an example of what was new. At the beginning of WWII, the reality was that more soldiers would die from infection than munitions. The battle against infection began with a small group of microbiologists at Oxford experimenting with mould spores to produce anti-bacterial agents but with kitchen tool methods and on a scale to treat one person. In 1941 Howard Florey and Norman Heatley arrived in the U.S. with a few mould spores in search of laboratory facilities and funding for experimental research, fermentation techniques, and production methods to develop and produce penicillin. The newly established Office of Scientific Research and Development, headed by Vannevar Bush, sent the pair to the U.S. Department of Agricultural Labs at Peoria, Illinois to replicate their results and develop production methods. By 1942 it was tested on one patient and enough penicillin was available to treat ten patients.

Nearly 1.7 billion units of penicillin were produced by D-day, 1944, by rapidly growing pharmaceutical companies applying mass production methods and funded by the government. The patents were held by the U.S. Department of Agriculture and a new industry was created. Staggering as this accomplishment was in translating scientific innovation into production and organizational capabilities, expertise and skills, it was replicated, simultaneously, across many other sectors.

The ‘just-in-time’ creation of an antibiotics industry to meet the wartime challenge was not exceptional. In fact, it was a policy model that linked change programs in production capability, business organization, and skill formation applied to the production of aircraft, shipbuilding, synthetic rubber, microwave technologies and other technologically advanced weapons systems. Moreover, it recast inter-firm linkages to coordinate a multitude of supply chains overseen by Quartermaster General Georges Doriot to supply GIs and the armed forces with all of the logistics required to sustain the biggest invasion in human history by allied forces on D-day in June 1944.

Doriot, who taught manufacturing, was a master of demanding imaginative innovation to support those in combat. For example, he sought expertise from anthropologists to design soles of shoes that would mimic appear to be those of aborigines in the Pacific Islands, could be manufactured by shoe companies and disguise U.S. expeditionary advances. After the war he established the first venture capital firm to enable the creation of the nation’s first high tech industrial district known as Route 128.

FDR’s method was to identify leaders from production and enterprise who thought big and could design and build the production and organizational capability development in the time frame and on the scale to win the war. He put Vannevar Bush in charge of the OSRD (Office of Scientific Research and Development); William Knudsen, a production engineer with experiential knowledge in the details of mass production, in charge of the War Production Board; Charles Sorensen, chief engineer at Ford Motor Company, to design and construct the world’s biggest production line to build B-24 bombers at the rate of one per hour; Henry Kaiser, a self-made contractor who oversaw the construction of Hoover Dam to build and operate the mass production of Liberty boats and aluminium mills, and Jesse Jones who had run the New Deal Reconstruction Finance Corporation to manage the Defence Plant Corporation for funding new plant development and otherwise oversee the efficient allocation of public investments in new plant and equipment across the nation.

Equally importantly, he turned to Simon Kuznets, chief economic statistician at the War Production Board to write the Victory Program. Kuznets biggest battle was with the military planners; he prevailed in appeal to the President against an aggressive onslaught to his authority from the military planners who demanded prematurely to invade central Europe in 1943. Kuznets argued that the logistics would not be in place. The President overruled the military on war strategy and supported Kuznets for good reason. More than anyone else, Kuznets and his team of economic statisticians were knowledgeable about the nation’s state of production readiness and the time required to enact the transformation programs.

The War Production Board (WPB) had responsibility for overall coordination of production and the mobilization agencies. It had the mission to insist on carefully crafted blueprints and action plans for change methodologies to rapidly advance the nation’s production capabilities, skills and expertise: firm by firm, plant by plant, production line by production line, sector by sector, person by person, according to the principles of mass production. This was done in conjunction with the OSRD to support of the nation’s innovation capabilities for designing, developing, and producing technologically advanced weapon systems.

The WPB’s role went beyond the economics of coordination to organizing an advanced production system. It included adapting best practice governance structures and production accounting methods from the nation’s leading multi-divisional and multi-product enterprises; coordinating the requisite mobilization agencies such as the War Manpower Commission to educate management in work organization; to advancing the technical requirements of the nation’s SMEs to supply, for example, each B-24 bomber with the requisite 1.5 million parts each hour; and to apply material flow analysis to identify and eliminate bottlenecks of materials, machines, factory space, and skills to efficiently target innovation investments.

Perhaps on the darker side, it laid the organization infrastructure for the post-war cross penetration of Big Business and Big Government into a national industrial planning capability that President Eisenhower was to describe as the “military-industrial complex”.

After the war ended and the US became engaged in the Cold War, some of the coercive aspects of the WW2 planning experience were incorporated into the Defense Production Act (DPA) on September 8, 1950. Specifically, the legislation was a response to the start of the Korean War, but it has been revised many times and is still on the books. Basically, it empowers the President to order firms to produce goods required to deal with a national defence emergency; to set up regulating agencies; and to allocate materials and productive resources to address specific challenges. It appears that President Trump and Prime Minister Johnson are reluctant to embrace any such use of government powers. In the case of the UK, PM Johnson has been forced to act by a rapidly deterioration in the spread of Covid-19 in the UK. President Trump is being dragged reluctantly in the same direction.

Of course, Covid-19 presents a different kind of challenge to that faced by FDR in 1941-45, and in an economy that has long since lost much of its manufacturing capabilities. As I write, it appears that the US and the UK have not yet transferred adequate and appropriate Personal Protection Equipment (PPE) even to front line medical staff. Ventilators are a standard and well known product but the current crisis economic management system has been glacially slow in organizing rapid growth in output and training for their use. The delayed action, both in the US and the UK, seems to have been motivated either by a pious but misguided belief in the power of markets to self-organise, even in the face of an existential crisis, or by a fear that a crisis-driven expansion of the role of the State might be difficult to roll back. Probably by both.

But perhaps the crux of the current debate on the invocation of the DPA reflects differences between the Covid-19 crisis and the financial crisis of 2007/8? While it was deemed acceptable to bail out the banking system with minimal interference in their subsequent recovery process, the Covid-19 crisis is likely to demand a much more intrusive interference in the normal functioning of the economy. Whole sectors may need to be shut down, and are being shut down in Italy, France and Spain. The consequential massive rise in unemployment will need vigorous action on the part of the fiscal and monetary authorities. In the UK, this has effectively required a Conservative government, previously wedded to a belief in market forces, to take over responsibility for paying a large fraction of the private sector wage bill. In the US during WW2 FDR needed to produce the weapons of war to defeat the fascist powers. Trump needs to feed his people and keep them alive. The shocking lack of medical preparedness to deal with the crisis will require mobilization of productive and organizational resources on a par with FDR’s during WW2. It’s as simple as that!

If the experience of FDR’s mobilisation of the Arsenal for Democracy teaches us anything, it should be that the State, and the State alone, can bring us through this crisis, working closely in both an active and co-ordinating partnership with the private sector. If the governments of the US and the UK do not realise that, and do not succeed in implementing effective and generous action after a disgraceful period of reluctant preparation, confused messaging and ideological rhetoric, then they will never be forgiven by their people. 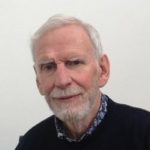 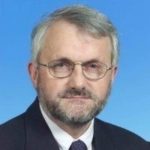