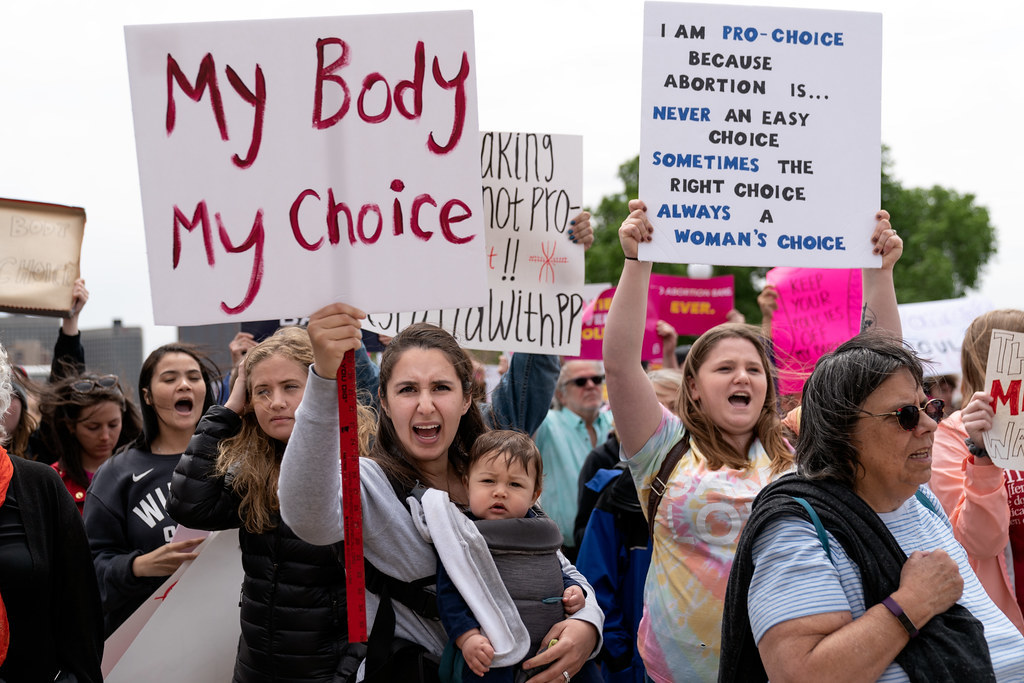 The agonizing stories seem to be torn from the pages of a dystopian novel. For weeks, women seeking abortions have faced the chaos of cancelled appointments, closed clinics, shifting directives, and dangerous treks of sometimes hundreds of miles to obtain care. Some are so desperate they are even trying to end pregnancies themselves.

Only this is real.

In the midst of a once-in-a-lifetime pandemic, conservative governors and attorneys general in the United States have been using Covid-19 to seize control of female fertility, arguing illogically that a time-sensitive procedure, which experts say should not be considered elective, can be put off for months. Across the country, federal judges and activists are battling anti-choice politicians ultimately determined to force women to give birth against their will.

Some states, like Alaska, have declared abortion inaccessible until an arbitrary date, such as June 15. Others, including Arkansas, have issued vague mandates that no abortions will be performed as long as the pandemic lasts. (The media site Rewire has a regularly-updated map of states using the pandemic to deny abortion care). Politicians claim a desire to save medical resources, knowing perfectly well that abortion requires few such resources and that most women could safely terminate pregnancies by taking medication remotely if unnecessary restrictions did not block them from doing so.

The restrictions pose an obvious health hazard, causing women to delay a procedure known to become riskier or even impossible over time and exposing them and others to possible Covid-19 contagion when they are forced to travel to obtain care.

Researchers have also found that there are serious potential economic consequences.

The short-term hit is substantial. Women in states imposing bans and restrictions have to gather funds to visit often-distant facilities, arranging time off from work if they are employed and obtaining care for existing children. Accommodations must be secured, possibly for several days, thanks to burdensome waiting periods that have been increasingly imposed by conservative lawmakers over the last decade. Women must then pay for the procedure itself, which many insurance plans don’t cover: according to the National Women’s Law Center, over half of women who have abortions end up spending a sum equal to more than a third of their monthly income.

And that’s during normal times. The current mass unemployment and severe economic disruption brought on by the pandemic will make the cost of abortions too great for many women. They will become what researchers call abortion “turnaways.”

In 2008, demographer Diana Greene Foster of the University of California, San Francisco launched a project with a team of researchers to collect longitudinal data on a thousand women from twenty states who either received abortions or were turned away because they were just over gestational limits for the clinic (cut-offs in the U.S. vary widely).

The Turnaway Study revealed that women who seek abortions but can’t get them suffer negative economic outcomes not just in the short-run, but far into the future. Turnaways, the research revealed, were more likely than those who received abortion care to live in homes lacking enough money to cover food, housing and transportation years down the road. Researchers noted that diminished resources appeared to impact the lives of existing children, who displayed slowed development on milestones like language expression.

Foster shared her thoughts with the Institute for New Economic Thinking (INET) on subsequent findings and her view on how abortion denial could play out in the current crisis. Following up on the Turnaway Study, Foster and fellow researchers discovered that even though the two groups of women investigated (those who had abortions and those who couldn’t get them) had similar economic outcomes for the three years leading up to the pregnancy, things tended to change for the turnaways once they gave birth. A year after the unplanned birth, they were found have more debt, more bankruptcies, and worse credit scores than their counterparts who were able to obtain abortions.

As Foster makes clear, abortion access affects a woman’s ability to hold a full-time job and care for existing and future children. She notes that when a woman carries an unwanted pregnancy to term, the child is more likely to live in poverty and to have poor maternal bonding than one from a subsequent pregnancy. Foster emphasizes that lack of access to abortion is only one of many reasons that people become poor in America, but she warns that in the midst of the pandemic, “bad policies will hinder some women’s ability to cope with and recover from the crisis.”

Other researchers have focused on how abortion denial hampers the ability of women to hold jobs and build careers. In a 2019 study of laws that chip away at abortion access, Kate Bahn, Adriana Kugler, Melissa Holly Mahoney, and Annie McGrew have shown that women living in states with stricter abortion regulations are less likely to be able to move into higher paying jobs over time and thus face limited economic mobility.

McGrew told INET that being able to choose the timing and number of children is critical for women in the context of careers, educational and personal goals, and financial stability. A lack of family planning and abortion services, she noted, may cause women to abandon or put off these goals or to drop out of the labor force to care for the unplanned child. She criticized the often-hostile environment parents face in the American workplace, where outdated and harmful policies are particularly onerous to women forced to carry unplanned pregnancies to term. (In many American workplaces, women are still considered “primary caregivers,” a throwback to the 1950s female caregiver/male breadwinner model).

As McGrew put it, “without paid maternity leave, universal childcare, and other supports that help women work while having children, having an unplanned pregnancy can spell economic disaster.” This can mean poverty and even homelessness, she notes.

Her co-author Kate Bahn emphasizes that the pandemic amplifies these potential consequences. “For the current crisis,” Bahn told INET, “women who are already in precarious positions may have even fewer opportunities once the public crisis is over if they cannot securely plan for the future of themselves and their families.” She observes that “abortion barriers limit their labor market opportunities so it’ll be even less likely that they can share in the gains of the eventual recovery.”

Bahn and McGrew both note the vulnerability of low-wage women workers, particularly women of color who are being especially harmed because they disproportionately work in industries hit hardest by Covid-19.

Increasing the burdens of women is especially outrageous at a time when many are literally risking their lives to keep the country running: women make up a majority of essential U.S. workers during the pandemic, including more than two thirds of health care workers and social workers and over half of essential service workers. Already underpaid and undervalued, these very women are being thanked for their service by attacks on their basic human rights and saddled with economic costs that could follow them and their families for years.

During the 20th century, medical advances like the birth control pill and legal abortion freed women from the perpetual cycle of pregnancy and childbirth. This tremendous scientific achievement benefited all of society as women gained opportunities to become educated and bring their valuable skills to the workplace and the public sphere. Ample research has shown that women’s economic advancement means increases in overall standard of living for everyone. Likewise, burdening them is harmful to all.

In the midst of a ruinous health and economic emergency, the U.S. should be expanding, not restricting, access to essential care for women. The 21st century economy can’t function without them – particularly in a time of crisis.