News about a wonderful workshop, “Knowledge Transfer and Its Contexts”

There was, last week, a wonderful workshop organized by Catherine Herfeld (Postdoc at the Munich Center for Mathematical Philosophy and Junior Fellow of the Center for Advanced Studies at the Ludwig-Maxmilians Universität in Munich) on “Knowledge Transfer and Its Contexts”. There we had a great group of philosophers and historians of different scientific disciplines (economics, physics, biology, mathematics, and computer science) discussing different aspects of how scientific objects travel and the impact of this on scientific practices: objects that can be either facts, data, or models, tools, methods, protocols, or knowledge more generally.

The general theme was already the object of an earlier interdisciplinary project by Mary Morgan and Peter Howlett that led to the publication in 2011 of the book “How Well Do Facts Travel?”. But the focus of the Munich workshop was more on recent science and interested in knowledge dissemination and its contexts more than on facts per se. In particular, an emphasis was given on the methods that could be brought to study knowledge transfer, such as scientometric approaches complementing historical analyses, case studies, interviews, and passive participation. At the workshop we discussed formal models crossing scientific fields, the role of expert knowledge in mediating scientific and policy analyses, different aspects of the interaction between economics and psychology, macroeconomic facts, the dissemination of von Neuman and Morgenstern’s game theory book, knowledge transfer in physics and also the interaction between physics and economics, agent-based approached in science and engineering, the mathematical philosophy of traveling facts, traveling models in biology and the different adaptations of engineering protocols and ideas in biology labs, and how much imperialistic a scientific exchange can be and how precisely can we identify this. I was really pleased to see how well the discussion went, and how illuminating it was of such a central issue in science. 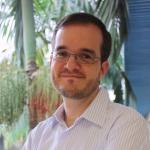