Economists and historians of economics have constructed different (and sometimes conflicting) narratives about the past of their field. In fact what is history for economists may not be what is history for historians. To celebrate its 125th anniversary, the Economic Journal invited renowned economists to discuss important contributions published in the past by the journal and the works on similar topics by historians of economics are absent from these accounts. History of economics here seems to have the weight of a JEL descriptor attached to an invited contribution, which we ought to agree that it is not much.

Economists and historians of economics have constructed different (and sometimes conflicting) narratives about the past of their field. In fact what is history for economists may not be what is history for historians (something that Yann and I discuss in a recent working paper; see also Weintraub 2002; Backhouse 2008; Goodwin 2008). Nowadays, with history of economics absent from graduate (and in some places undergraduate) curriculum in many places around the world, economists still use historical claims as a way of framing personal experience, thus promoting particular authors and institutions. 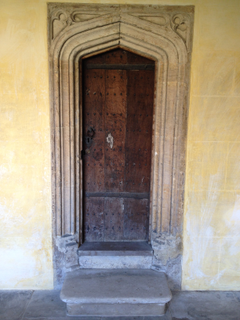 I have just come across the current, March 2015 issue of the Economic Journal (EJ), which celebrates the 125th anniversary of the founding of this prestigious journal. The editors then explained, in their long editorial introduction (with nice pictures and discussion about the bee seal of the Royal Economic Society), the policy they adopted for this celebration:

“we selected some of what we think are the most important and asked leading economic thinkers of today to share their thoughts on the impact that these articles [published in the EJ] have had. The authors have explored the historic contribution of the articles and possible future ways to advance the subject.” 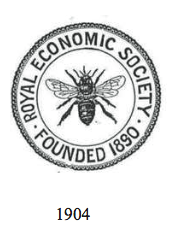 So as it was the case with the centenary symposium published in the American Economic Review in 2011 (see Cherrier) and the turn-of-the-century issue of the Quarterly Journal of Economics in 2000, the EJ celebrated its anniversary by inviting renowned practicing economists to reflect on historical matters (and also to venture to speculate about the future). Would this be a problem? Celebrations are purposeful events, and those organizing it are surely free to do what they see fit. But one would expect that scientific celebrations in academic journals could at least follow the scholarly standards that apply to regular contributions published there. And here we have an issue worth pointing out: when history becomes personal, an expression of the views of accomplished scientists, it unfortunately becomes free from scholarly standards. Economists are free to reconstruct the past as they wish without recognizing that historians may have something to say on some issues of their interest. Just to clarify the matter, a comparison might help: I doubt that any economist would use statistical tools or mathematical theorems in a loose way, without referring precisely to the existing statistical and mathematical literatures — so scholarly standards are in place. However, personal views on past developments are bounded to follow only personal standards.

In the recent special issue of the EJ we have Anthony Atkinson and Andrea Bandolini discussing inequality measurement in Hugh Dalton and Arthur C. Pigou (using google scholar to assess bibliometrically the impact of Dalton) and then moving on to the modern literature and its future prospects; we have two articles on Frank Ramsey, by Joseph Stiglitz (Ramsey’s contribution to optimal taxation) and by Orazio Attanasio (Ramsey’s mathematical theory of savings) —in the same journal that a few years ago desk rejected a historical analysis of Ramsey’s contributions on the grounds that it was outside its scope—; we have John Pencavel on the empirical debate between Keynes and John Dunlop, Lorie Tarshis, and Henry Richardson about wages; we have Lawrence Blume and Thomas Sargent on Harrod’s 1939 “Essay in Dynamic Theory”; we have James Heckman and Michael Sattinger on A. D. Roy’s contribution to portfolio theory; we have two articles on Gary Becker’s contributions (by James Heckman and by Pierre-André Chiappori and Arthur Lewbel); we have additionally five other articles dealing with more modern contributions (induced technological change, taxation and saving, regret theory, knowledge spillovers and growth, and growth and climate change). Most of the original contributions by Dalton, Pigou, Ramsey, etc. were reprinted after the invited contributions.

In the papers whose authors were identified above, we have no more than four references to works on the history of economic thought broadly understood. But historical matters are pervasive and historical claims are central to most contributions. You see the same happening in memorial or celebratory sessions at the annual meeting of the American Economic Association (see for instance the videos of the 2010 Samuelson memorial session) that are eventually published. And it does not help much to try to interact with some economists (and I do not imply any of the above in this claim) and send them references to the work of historians of economics: some can tell you that they are just telling a personal story, while others are humble to recognize that they are no experts on the history of economics and are not aiming to make a contribution to this field. History of economics here seems to have the weight of a JEL descriptor attached to an invited contribution, which we ought to agree that it is not much.