Sex, Power, and the Perils of Economic Writing 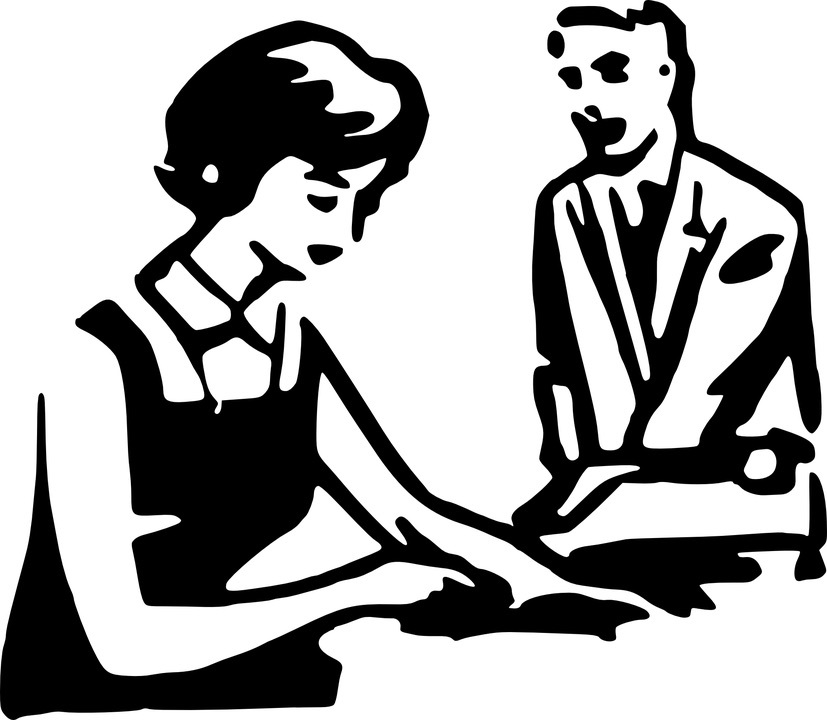 For women discussing economics, it’s still easier to be seen than heard

While not a professional economist, I’m a cultural historian who writes often on economic topics. I try to bring a human focus to economic themes and to bring technical and theoretical issues to life for ordinary people. Because I interact with the media and economic thinkers, I tend to travel in the realm where two male-dominated worlds intersect.

I’ve been around long enough to see where the power resides at this particular intersection. It does not reside with women.

It’s easy enough to be seen when you’re a woman writing about the economy — but still quite difficult to be heard. Let me relate a few experiences to explain.

In New York, where I reside, the process of bringing ideas and analysis to the public as a female is sometimes an exhausting ritual of trial by harassment.

Over the years, I have encountered male colleagues, publishers, editors and agents who feign interest in my work as a cover for the chance to make unwanted sexual advances. At conferences, events, and platforms where media types and economists gather, I have watched men morph from respectful professionals to embarrassing come-on artists. Waiting to see who will do the Jekyll-Hyde transformation is not a pleasant game.

In the MeToo era, some of the worst offenders have faced a public reckoning. But the number still occupying powerful positions with a well-known history of disrespect and abuse is still higher than the number called out. Gatekeepers remain largely male, and too many continue to view treating women as sexual objects as an inviolable perk of their position.

When I was younger I thought that when I reached my forties, the behavior would stop. Wrong! Many harassers enjoy targeting older women. The bigger the challenge, the better. In a 2012 study, sociologists found that higher-level women, especially those in male-dominated environments, may face even more targeting than their younger colleagues. The researchers speculated that some men may seek to put more powerful women in their place — the place where the male ego presides unchallenged. (Male ego-management, by the way, is unpaid, thankless labor. Like our sisters in other fields, women working in the media and academic circles do a lot of it).

After twenty years of writing and speaking, I can report that it is only rarely possible to redirect prurient male interest in a way that preserves professional opportunities. Most of the time, I’ve had to adjust my own behavior in a way that restricts advancement: Don’t work with that magazine; leave the event early.

Gender affects what happens professionally in ways both subtle and blatant. When I began to make television appearances to discuss my work, I was told at one major network that the CEO wanted female guests with “symmetrical faces.” I doubt very much that men are judged by the same standards, or asked to wear false eyelashes to discuss monetary policy, as I have been. When I scored my big prime-time show, the male guests interrupted me so frequently that friends filled my mailbox with sympathy notes instead of congratulations. I was merely a prop. Seen, not heard.

When my clips are posted on social media, commenters often write about my appearance in unflattering or sexual terms — sometimes violent. A Twitter discussion once resulted in the posting of my photo on an alt-right site. I learned new terminology for assault.

Credentials, I’ve noticed, have a funny way of counting less for women.

Some years ago I worked at a think tank where men were often referred to by their doctoral title, while I was not. When I complained a senior official, he informed me that respect was something that must be “earned.” I wondered what he thought I was doing for the decade it took me to obtain my Ph.D., write a book, and launch a major website. But he had a point: for a woman, “earning,” may mean something quite different than it means for men. In every sense of the word.

On the flip side, when women do use their doctoral titles publicly, they can face criticism for being presumptuous or provoking. We’re damned either way.

Thankfully “manels,” or all-male panels, are less ubiquitous than they once were, but I’m still often the only woman present on a panel about economic topics. Even the presence of one woman still surprises male participants: Once, I was invited to appear on a televised panel with a famous Ivy League economist, who assumed I was a production assistant and handed me his coat. At another panel, a prominent male labor union leader dumped a sheaf of papers in my lap that he wished to have copied.

What I’ve described anecdotally can occur, of course, in any profession. But gender biases in economics are especially concerning because economists have an outsized influence on society. These biases influence the topics economists hold worthy of attention and determine what topics I am able to focus on and garner support for as a writer.

In early 2018, I spoke on a panel at the annual meeting of the American Economics Association (AEA) on the economic impact of sexual harassment in the workplace. Figuring that the MeToo revelations of the prevalence of harassment made it a good time to discuss the lack of research in the social sciences dealing with its costs.

After my talk, a male graduate student came up to me and said, “Thanks, I hadn’t realized that sexual harassment was an economic issue.” An economics professor soon followed with a similar observation.

While I had expected economists to balk at the methodological difficulty of this type of complex research or to fail to see the urgency of the matter, I was amazed to hear that one of the most common forms of worker abuse was not considered an economic issue at all. This sort of myopia impacts other important economic topics, like the gender pay gap or the economy of care work.

Not only is it difficult to get male economists to pay attention to research on issues that concern the lives of women, it is also hard for women to make their own contributions in the field — and to be heard even when they do.

A study by Alice Wu of the job site EconJobRumors, where economic graduate students and Ph.Ds explore the job market, found that female candidates were discussed in starkly different — and often offensive — terms than male candidates. Even the most famous female economists are less likely to be cited by journalists than their male counterparts, as Dan Diamond has noted in Forbes.

When women can’t advance and be heard, society loses the insights that their work provides. A recent report from the AEA discussed by economist Justin Wolfers highlights that the share of women entering the pipeline to become professional economists, standing at 32% in 2017, is actually lower than it was in 2000, when the share was 33%. The lack of females rising in the field means that the number of full professors who are women, now 14%, is likely to plateau in coming years, which will further reduce attention to the topics they disproportionally research, like the economics of healthcare and education.

Wolfers notes that the obstacles faced by would-be female economists include being held to higher standards in written work than men and getting less credit for papers written with male colleagues. They also face gender-biased student evaluations.

Women who become parents face additional barriers to success in universities and other places they work in the form of problems like gender-biased parental leave that reinforce the old Mad Men-era homemaker/breadwinner model of sexual arrangements. (Research has shown that women are more likely return to work after having a child when men have adequate parental leave).

The good news is that some of the problems I’ve noted are finally receiving increased attention. For example, a year after my talk at the AEA, female economists demanded an overdue MeToo reckoning in the profession.

Economics is most usefully the study of how best to achieve human prosperity — which can only reach its potential with the full participation and contributions of women. Fortunately, MeToo may be pushing us towards a broad cultural shift that will lead to a real redistribution of power and open up the jammed channels for female voices. It’s about time.