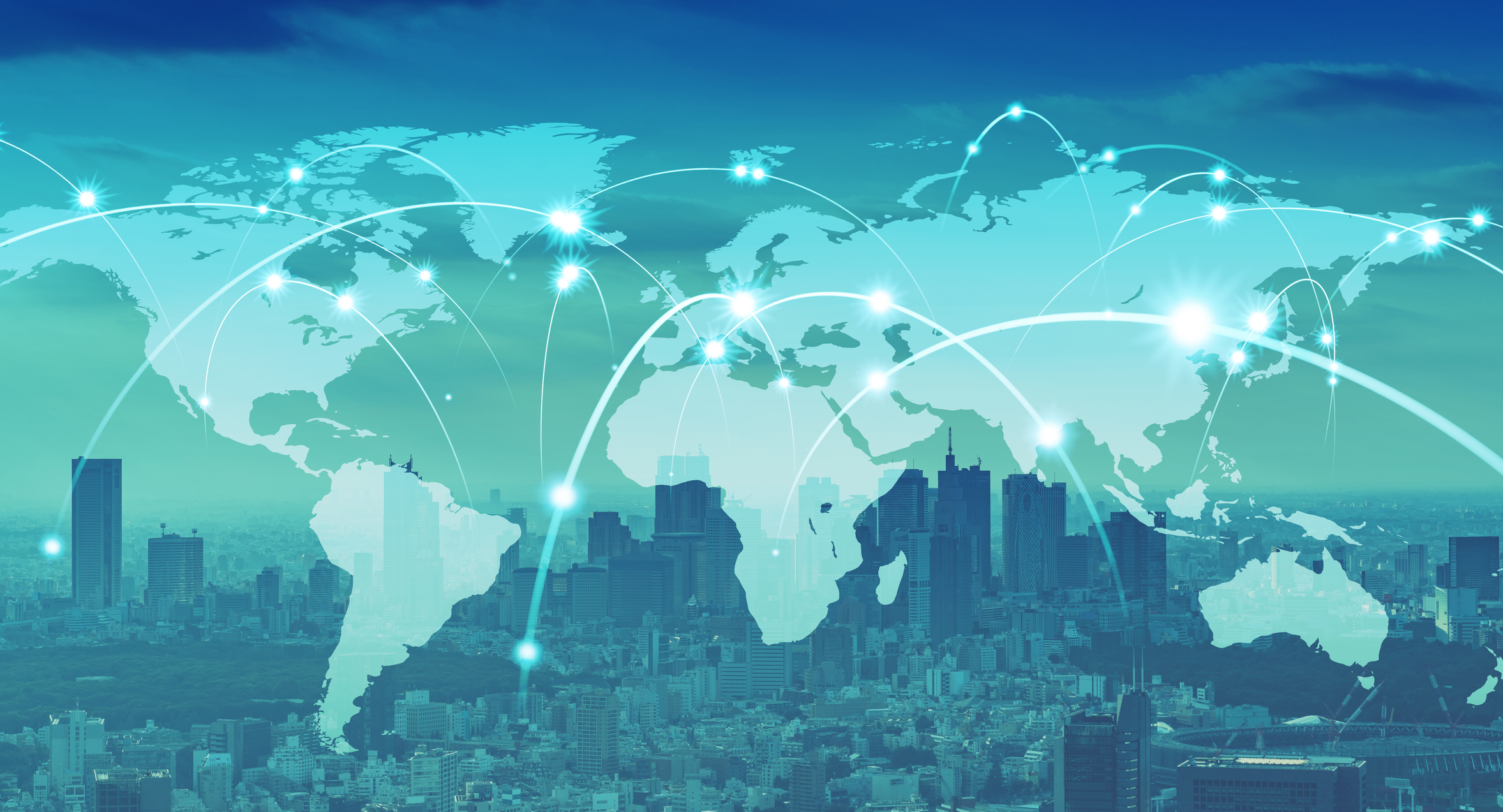 A “global saving glut” was invented by Ben Bernanke in 2005 as a label for positive net lending (imports exceeding exports) to the American economy by the rest of the world. However, there is a more plausible explanation for the persistent trade imbalance between the US and its major trading partners.

INET has published a response by Andrew Smithers to Taylor’s working paper, as well as a rebuttal from Taylor.

The structure of the US economy began to shift markedly 40 or 50 years ago. The profit share of income grew across business cycles at 0.4% per year, or by more than 20% (that is, by eight percentage points) over five decades. Driven by rising profits, the size distribution of income shifted strongly toward households in the top one percent. The economy became increasingly dualistic, with big employment increases in low wage/low productivity sectors (Taylor with Ömer, 2020).

Foreign trade was part of this transformation. On the world stage Japan, Germany, and more recently, China exported far more than they import, creating gluts of traded goods and services. They accordingly built up stocks of “saving” which took the form of newly acquired liabilities (bonds and even money) from the rest of the world. For the USA, the process worked in reverse. The economy became an international sump with imports exceeding exports, financed by issuing liabilities such as Treasury bonds or dissaving, thus turning the country into a large net debtor.

Two decades after the process started, former Federal Reserve Governor Ben Bernanke was a canary in the world trade coal mine when he announced the presence of a “global saving glut.” The glut had already led to the 1985 Plaza Accord to devalue the dollar. By the turn of this century it was scarcely a surprise.

Bernanke (2015) is a recent reassessment, one of several shambolic mainstream explanations for the foreign trade situation. A new INET working paper (Taylor, 2020) describes their incoherence, employing Keynesian open economy macroeconomics. Here are takeaways (citations to authors mentioned here are in the paper).

National accounts show that flows of “net borrowing” (NB) or spending minus income for institutional sectors (households, business, government, rest of world) must sum to zero. This relationship, emphasized by Wynne Godley, is a version of Walras’s Law from general equilibrium theory. Positive NB represents a stimulus to aggregate demand.

As seen from the “home” economy, the rest of the world’s NB equals the current account surplus. As a share of US GDP, the current account took small absolute values of both signs prior to around 1980. It then became consistently negative, ranging down to below five percent.

Bernanke and other mainstream practitioners try to explain these observations using the IS/LM/BP model introduced by Robert Mundell and Marcus Fleming 60 years ago. It is supposed to include three independent equations for national income = expenditure (IS), financial balance (LM), and foreign balance (BP). This system allegedly determines the level of economic activity, interest rate, and exchange rate.

A fatal flaw in Mundell-Fleming is already built into the Godley-Walras national accounting relationship mentioned above (illustrated in the paper in the form of a social accounting matrix or SAM proposed by Godley for two trading economies). If household, business, and government NB are determined by macroeconomic forces, then the external current account (exports minus imports) will be a residual – there cannot be an independent BP equation. Moreover, the sum of all countries’ current accounts must equal zero. Mutually offsetting “saving” gluts and sumps (really countries’ own levels of positive and negative NB by the rest of the world) are inevitable in a general equilibrium system in which they are all determined. US experience shows that an economy’s negative or positive trade position can persist for an extended period of time.

In attempting to determine the exchange and interest rates from flows of income and output, Mundell-Fleming resembles the “loanable funds” approach to macroeconomics which John Maynard Keynes thought he had demolished forever in his General Theory. Yet it came swooping out of the 19th century to bewitch American new Keynesian economists in the twenty-teens. Taylor (2016) and Servaas Storm set out reasons why they were hoaxed. Institutionally, loanable funds modeling makes no sense.

In the theory, interest rates supposedly adjust to equate business investment and household saving as uses and sources of funds. Excess potential saving worldwide then should force rates down to a “natural” level ensuring macroeconomic balance. This process ignores revenue and spending by government (the main net borrowing sump in the USA) and the rest of the world, making simple household vs business funding beside the point.

A more coherent rationale for currently low American rates is the Greenspan-Bernanke-Yellen-Powell Federal Reserve “put” holding borrowing costs down to prop up high asset prices. The put has been extended with quantitative easing and recent discussion about yield curve control. As during WWII, pegged low interest rates benefit the Treasury’s accounts – a point that suddenly became compelling with the explosion of debt-financed spending to combat the corona virus pandemic.

In fact, in international financial markets interest rate parity (arbitrage) and the carry trade (borrowing in one low interest rate currency to invest in another at a higher interest rate) tend to bring countries’ rates together. These transactions involve jumps up or down of financial stocks held in portfolios of investors and banking systems.

IS/LM has its problems with representing “what Keynes really really said,” but can still be useful in sorting out macroeconomic links. Godley proposed a two-economy version. For given interest rates and exchange rate, the IS side is based on the SAM mentioned above. It sets cost-driven price levels, demand-driven real outputs, and trade. The LM relationships involve demand-supply balances for two forms of money along with bonds issued by the home and foreign governments. Each country’s private sector has a portfolio containing money and the two flavors of bonds (with foreign liabilities scaled to home prices by the exchange rate). Money supplies are set as sums of bonds held by the two banking systems.

Interest and exchange rates emerge from portfolio shifts subject to accounting restrictions on the financial stocks. For example, assume that the banking systems intervene to set interest rates. All money and bond demand levels will thereby be determined. Also assume that the foreign banks hold a given quantity of foreign bonds. The exchange rate then becomes endogenous or it “floats.” There would be an “instantaneous” capital inflow to the home economy if the foreign private sector sold foreign bonds to buy home’s paper. To restore financial balance the exchange rate would have to appreciate. Alternatively, assume that home banks sell from their local bond stock as did the Fed after the Plaza Accord. Then one can show that the exchange rate would have to depreciate, the point of the exercise.

The key is that these financial stock transactions are “fast,” as compared to “slow” adjustments in trade flows (door-to-door sea freight from China to the USA takes 30-40 days). Even if it existed, using a Mundell-Fleming BP relationship to deal with capital flows would be anachronistic.

We can examine the factors underlying the persistence of trading gluts and sumps. As with any long-lasting politico-economic situation, the current combination of trade and financial flows is over-determined. To try to sort out crucial economic links, it is helpful to begin with labor productivity growth, or increases in the output to employment ratio. “Real” output of a macroeconomy or producing sector is estimated as its value of output at market prices divided by an “appropriate” price index. For given nominal output growth, real growth will be higher if the price index increases more slowly. If one sector’s real output grows faster than another’s, then relative prices or the terms of trade will shift against the former.

Joseph Halevi and Peter Kriesler argue that during its post-World War II growth spurt Korea violated the principle, initially relying on Japan with its high productivity growth to provide imports of intermediates and capital goods. Later, it substituted many of these imports. Around the turn of this century, China followed in turn with Japan, Korea, and Taiwan providing imports to be assembled into final goods for sale in the USA, Europe, and Asia. Meanwhile, the combined East Asian economies run a trade surplus. Both economic and not strictly economic (including military!) interventions by the USA helped create and sustain the existing international trade and net lending configuration.

Pasinetti further pointed out that at the industry, national, or regional level, the ratio of employment to population will rise if growth of demand per capita exceeds growth of productivity. For Asia, increasing exports help satisfy this demand condition. The USA itself provides the key source of demand. At home, it violates the productivity growth principle, leading to hollowing out of production with low wage sectors having relatively robust demand but slow productivity growth.

Even in higher wage sectors consistent increases in profit shares have been the rule. To a large extent they have been driven by institutional changes supporting wage repression. Perhaps the pandemic will create enough harm to ordinary Americans to drive them to increase labor militancy and spark cost-push inflation. Then the game for the interest and exchange rates could change dramatically.

Existing trade and production relationships all support the dollar’s role as the world’s hegemonic currency subject to Robert Triffin’s paradox. Even with robust offshore currency markets, an increasing supply of dollar liabilities is needed to finance trade and serve as central bank reserves. The US economy must run an external deficit to grow that supply. With a little help from friends in East Asia and Northern Europe, American structures of production and trade have evolved to meet Triffin’s needs.