Race May be Pseudo-Science, But Economists Ignore it at their Peril 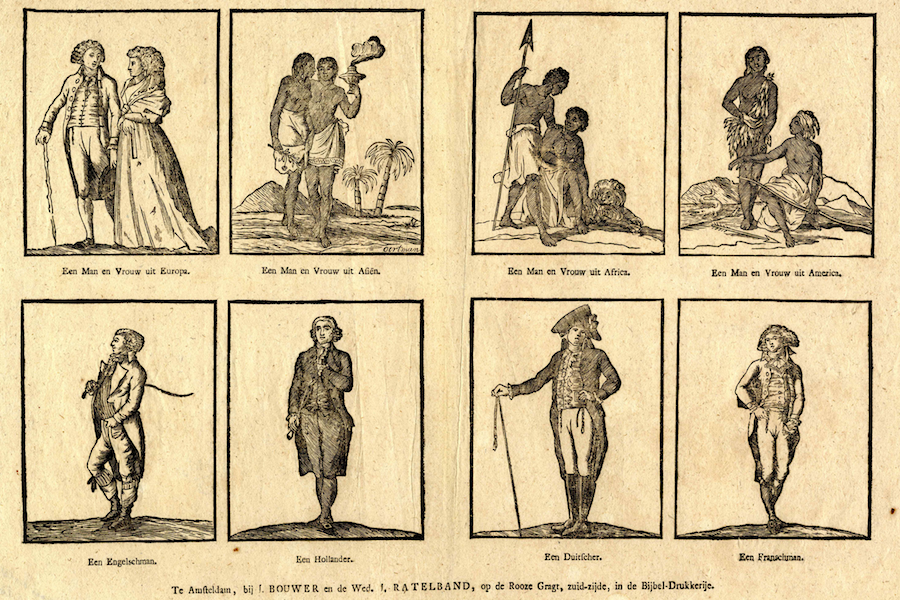 Presented by Professor Dan O’Flaherty at the Institute’s conference on the economics of race in Detroit on 11 November, 2016

The Brooklyn Bridge, Queen Victoria, and I share the same birthday, May 24. The Brooklyn Bridge is strong, graceful, and over 132 years old, but our shared birthday doesn’t make you or me think that I am, too.

I bring this up to illustrate an important point of Jared Diamond, the naturalist, and Philip Kitcher, the pragmatist philosopher:  The objects in the world can be partitioned into sets in a non-denumerably infinite number of ways.  The partition by race is one of those  partitions; so is the partition by birthday.

On a normative basis, Kitcher argues that we should work with the partitions that are most useful.  In some science-fiction world where astrology turned out to be true, the birthday partition would be very useful, and you would be impressed by my close ties to the Brooklyn Bridge — but this is not that world.  Like models and maps, different partitions can be useful for different purposes: partitioning people by tooth quality is interesting for dentists or dental insurers, but not for teachers who are grading students.

But the normative is not what we have.  In any society with many people, the partitions we use are a matter of convention.  The coordination problem would be enormous and perhaps impossible if we did not use conventions.  David Lewis and H. Peyton Young think of conventions as patterns of behavior that are customary, expected, and self-enforcing.  “Everyone conforms; everyone expects others to conform; and everyone has good reason to conform because conforming is in each person’s best interest when everyone else plans to conform.”  A convention is a Nash equilibrium, but one NE out of many, and with many other requirements.

Our partition of time into the seven days of the week is a good example of a convention.  Today is Friday in Detroit.  There is no disagreement in this room about that. If I had started this talk by saying it was Thursday, it would have been weirder than allying myself with the Brooklyn Bridge and Queen Victoria.  But this is absolutely arbitrary: this looks just like a Thursday, and there are a large number of characters, both real and otherwise, just as deserving as the Norse goddess Frige of having a day named after them.

Because of the strong stability of conventions, once established they can last a long time. And so there is nothing particularly optimal about them; positive and normative often disagree.  That’s why we’re still talking about the Norse goddesses a millennium after they lost their following, and why we have a cycle of 7 days rather than 6 or 8. Some conventions change—English had the great vowel shift, for instance—but generally change is slow, and cumbersome. We still talk about dialing phone numbers, writing emails, and exchanging manuscripts.  We still spell ‘enough’ with a ‘gh.’

Partitioning people by race is thus a convention in the United States.  Like naming days after Norse deities, it is probably not the optimal convention given what we know about natural science, and we’re probably stuck with something like it for the rest of my life.

Just as we can’t fully understand the names of the days of the week without learning something about Norse religion — even if we don’t believe it — we need to look to 18th and 19th century natural science to understand race in America.  I’m going to concentrate on the period around 1840-1860, when economics first got its name as the dismal science, and when slavery reigned in the South.

European and American natural science in 1840 had improved greatly over the 18th century.  18th century science started with the Garden of Eden, about 4000 years ago, and posited that each species was present in the Garden.  Each species had an essence—an ideal type—and this essence was passed down through the generations by sexual reproduction.  Essences included behavior as well as morphology—cats, for instance, were by nature aloof.  Variation within species occurred through pure noise—some cats had three legs—and by adaptation—cats in Norway became very furry.  All cats were reproductions of the ideal cat who had inhabited the Garden of Eden, but the picture was smudged and touched up.  Humans, too, had an essence—thus the 18th century natural scientists like Blumenbach who made Smith sound somewhat modern on race expected that the skin of Africans who had been transported to Virginia would turn white.

The early 19th century was not good for 18th century science.  More and more species were discovered as Europeans ranged further and further over the globe; the Garden of Eden got very crowded.  Research into antiquity found that Egyptians had dogs and cats much like our own several millennia ago, and since Egypt was built right after the Garden of Eden, this didn’t allow much time for natural adaptation.  And Africans in Virginia didn’t turn white and Europeans in African didn’t turn black.  This was an intellectual crisis.

It was solved by polygenesis—the hypothesis that there had been many Gardens of Eden, not just one: a Chinese one, an African one, an Australian one, an American one, and so on in addition to the European one that was the main show.  So Europeans and Africans were different species and had different essences.  They could mate with each other, like donkeys and horses, but the offspring would be infertile like mules, relatively or absolutely, and so in the long run the essences would stay relatively pure.   The white man had an essence and so did the black man, and they were different and always had been, except for a few mixed-race freaks.

Polygenesis is important in understanding how economics came to be called “the dismal science.”  Thomas Carlyle, who was the first to use this phrase, was a believer in polygenesis.  The phrase grows out of an article he published in 1849 called “Occasional Discourse on the Negro Question.”  It grew out of the controversy over Jamaican emancipation, and the unhappiness of Jamaican planters about how Afro-Jamaicans were tending their own farms rather than continuing to work on the plantations after emancipation in 1838.  Carlyle argued that Afro-Jamaicans should work for their former masters because it was the natural order of things for them to be servants and Europeans to be masters, and that this order should be enforced by the “beneficent whip.”  Economists like John Stuart Mill were deemed dismal because they wanted to allocate labor by market supply and demand rather than by compulsion, and did not recognize claims of the superiority of Europeans.  On these terms, economists should be proud to be called “dismal.”

So when Mill earned economics the dismal science label, it was polygenesis that he was opposing.  Darwin later replaced a spatial hierarchy with a temporal one, but in many ways little changed for many years — there still was a hierarchy, but it was based on stories about monkeys rather than Bible stories.

The groups we call races today — based on their appearance — do not have racial essences, do not have genes that create masses of different identical features, and are quite capable of mating and producing fertile offspring. There are many genetic correlations between the salient features that we use to distinguish between people of different origins, but there are also bunches of genetic correlations that follow other partitions as well. Aboriginal Australians and sub-Saharan Africans share the most salient features that Americans use to distinguish black people from white people — dark skin and curly hair —but their DNA shows that they are probably the most distant two groups of people on the planet.  If you partition people by genetic resistance to malaria, then Nelson Mandela and I belong to the same race, since neither Xhosas nor Irish have any genetic resistance.  Genetic distance is useful for tracing the history of movements of humans, but that’s about it.  That’s what it was designed to do.

But then scientists who refer routinely to “Friday” don’t believe in Frige, either.  The problem is that race retains a scientific patina long after scientists have rejected it, while Friday retains no religious patina, at least of the Norse variety.  The deeper problem is that some people whose salient physical features are like mine enslaved people who had salient physical features like my co-panelist, Professor john a. powell, and lynched them and in many other ways deprived them of basic rights and dignity, and justified this on the basis of the old notion of race.  Friday carries no similar history.  There are racists, but I don’t know any Frige-ists.

Still, the concept of race is dangerous.  Dangerous because it may seem to some people to invoke racial essentialism and 19th century science, and in other ways to keep the scientific patina shiny.  And dangerous because most of the time that white Americans have used this language, its purpose has not been benign.

So it’s tough.  When and where to use this concept is not simple and I don’t know of any blanket rules.

Lately, I’ve been impressed by a third alternative.  It comes from thinking about ethnicity, the term that the federal OMB guidelines use to distinguish Hispanics from non-Hispanics, and from the landmark US Supreme Court case of Hernandez v. Texas. My contempt for the OMB guidelines is generally unbounded, but I’ve become fond of ethnicity, and especially for Hernandez v. Texas, which got us that term (almost two decades later).

Hernandez is the other big case that the Supreme Court decided in 1954.  In 1951, somebody murdered Joe Espinoza in Jackson County, Texas. Pete Hernandez, a Mexican-American farmworker, was tried for this crime, convicted, and sentenced to life in prison.  He appealed.

The population of Jackson County was a quarter Mexican-American, but no Mexican-American had served on the Hernandez, or on any other jury for the last 30 years.  That was the basis of the appeal, on the 14th amendment.  The State of Texas responded that this contention was nonsense, Hernandez was white, Mexicans were white, and so they were not a protected class under the 14th amendment.  Texas won on appeal, but the Supreme Court ruled in favor of Hernandez, unanimously.

They said that Mexicans were a protected class—they set up a partition of people for 14th amendment purposes.  What’s interesting is that they did so without any appeal to genetics or biology.  They described how Anglos acted toward Mexicans, and Mexicans acted toward Anglos, and this was the basis for group membership.  The protected class were the people who had to use the separate toilet in the courthouse (and conformed), had to send their kids to an inferior school (and conformed), and could not be seated in the restaurants (and conformed).  It was the way people treated them that made Mexicans a class, not the color of their skin or the way they cooked or the consistency of their earwax.  Mexicans were different because Anglos treated them differently, everyone expected Anglos to do that, everyone expected everyone to expect Anglos to do that, and so on.  I really like this decision.

That’s really what I’d mean by race today, except we now call it ethnicity.   Nature didn’t create it, humans did, and they probably shouldn’t have—but that doesn’t mean we can afford to ignore it now. 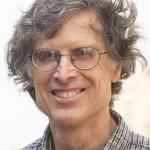