The main goal of the macroeconomist is to understand the sources behind business cycles and the behavior of financial markets in the modern economy.

As in any science, economics offers many ways to accomplish its tasks. What sets economics apart, however, is that this year two models that are in sharp contrast with each other in explaining the dynamics of financial assets, and were created by two high-profile economists, were selected to receive the discipline’s highest honor - the Noble Prize in economics.

The two theories in question are Eugene Fama’s Efficient Market Hypothesis, which poses that asset prices fully reflect all of the available information in the market, and Robert Shiller’s belief that prices in the financial markets are not rational because they are driven by human psychology.

Since the awards were announced in October, much has been made of the differences between Fama’s and Shiller’s ideas and have brought into question economics’ standing as a science. But there is another implication to be drawn from this year’s Nobel Prize selections. And it comes from an understanding of the third winner of the 2013 Nobel – Lars Peter Hansen.

It is fashionable in macro-economics research that economists either confirm current mainstream models or establish new models that are in contrast with the most popular ways of thinking. This year’s Nobel Prizes indeed represented this trend.

Put differently, the question raised by the Nobel announcement is: Are these contradictions a natural byproduct of the intellectual arguments? Or do they mean that we as economists have been stuck in producing the same results and that this prevented us from developing new thinking about the financial market performance?

In fact, we have been warned by few macro-econometricians that it is a danger that economists have become stuck in producing the same results, albeit with different number attached. We need to take these warning seriously since we, and capitalism, no longer can afford to be so confused about how the financial market really works. How much do we have to pay in the form of another crisis?

Although Fama and Shiller deserve congratulations for receiving the Noble Prize, the confusion surrounding their award is a warning sign we must heed. The problem that has not been talked about much is that it seems like the debate is getting prolonged, and the possibility of a financial crisis arising as the result of our misunderstanding of how market performs is very real.

The point is we do not yet know if our financial decisions are rational or emotional, which is the critical question in understanding macroeconomy. Both Shiller and Fama’s theories are incomplete in explaining the behavior of asset prices, although Shiller was able to predict a couple of crises and Fama’s model is being practiced in real world finance.

But it is here where the often-overlooked Hansen comes in. Hansen has chosen a path between Fama and Shiller. In his work, he incorporates the implications from Fama’s theory in his methodology, even though he has never fully accepted the efficient market hypothesis. He therefore adopted the EMH model to introduce his sophisticated GMM econometrics method. Hansen’s contribution is a robust way of standing on the shoulders of giants and not throwing a theory completely away. Perhaps Hansen’s way should be used more often in creating and producing new theories. And maybe this is the key to preventing another crisis, or at least predicting it ahead of time.

Although the economics community has been focused on Shiller and Fama because their approaches and theories are in the sharp contrast with each other, it is Hansen’s methodology that has the elements of the both schools of thinking. There is no doubt that we have learned a great deal from Fama and Shiller and their very contrasting and unique points of views. But there is more to learn from Hansen’s approach in creating new thinking in economics by coming up with something more comprehensive that does not essentially belong to a specific class of thinking and does not specifically aim to reject the ideas from other schools.

As economists, we can learn from Hansen’s vision in producing new methodologies and models. Creating new economic thinking can be done by incorporating factors from different schools of economics. The point is that the interaction between Fama’s and Shiller’s theories could be more enlightening than looking at each of them in isolation. Hansen did it and received the Noble Prize, even though he did not attract nearly as much attention as his other more well-known co-winners.

But being right is not a popularity contest.

The financial market is the heart of the economy. Not being confident about how to interpret asset price behaviors may be seriously harmful and consequently lead to another crisis. Even though it is important to be careful with multidisciplinary approaches, economists also must pay close attention to the implications of the economic models that are being introduced by their colleagues in academia who belong to other schools of thinking. This is our only way forward.

The time for absolutism has passed. But when it comes to economic theories, we too often rule out past methods of thinking from another school of thought in order to put forward a completely new set of ideas. But the fact is that there can be correct aspects even in ideas that are doomed to fail.

That’s why economists should pay close attention to Hansen’s work. Now is the time for his way of thinking. 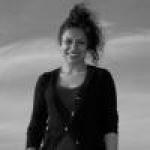