For many years inequality in income and wealth received little attention in public debate and was only a minority interest in the economics profession. GDP per capita was widely considered to be a satisfactory indicator of economic prosperity. Yet, inequality has now become the focus of remarkably wide-ranging attention, from Davos and the State of the Union address to academic journals across a variety of disciplines. Thought-provoking research by Tony Atkinson and Thomas Piketty on an increased concentration at the very top of the income and wealth distribution over the last century has played a major role in moving inequality towards the centre of political and academic debate. As the chart below shows the rapid rise of top income inequality in the English speaking countries “and the more modest rise in continental Europe and Japan” from about 1980, in sharp contrast to the decline seen over the previous 40 years. These trends bring to the fore the question how inequality can be addressed, and a set of concrete proposals aimed at doing so is put forward in Tony Atkinson’s new book.

Insight into top income shares and summary measures of inequality such as the widely used Gini measure helps to recognise inequality as a central indicator of national economic progress. Nevertheless, these measures do not tell us about living standards for individuals at different parts of the distribution. The top income shares are pre-tax, and both the top shares and Gini measures are expressed in relative terms and therefore do not reflect actual consumption possibilities. In order to gain insight into income levels as well as its distribution we should look at the evolution of living standards at different points of the distribution. The most direct way to capture living standards is to focus on household income expressed in real terms (that is, taking changes in price levels into account to reflect purchasing power) and also adjusting for household size and composition to take into account that the standard of living attainable with a given level of household income depend on the number of persons in the household. Income has limitations as a measure of living standards, but is more satisfactory than alternatives such as consumption (which could be financed by depleting savings or running up debt) or subjective measures of well-being that are influenced by many other factors.


Increasing income inequality with and without rising living standards

Focusing entirely on income dispersion can blur differences in the evolution of living standards, as can be illustrated by looking at the contrasting experience of the USA, Australia and Greece over recent decades in terms of inequality “as captured by the Gini measure”and real disposable incomes for households across the income distribution. As the chart for the USA shows and has been widely discussed, rising inequality and increasing shares going to the very top have gone together with stagnation in real incomes for the rest of the distribution for much of the period from 1980. In fact, living standards for the middle and below households only increased substantially between the mid-nineties and 2000. For these households, their income levels in 2013 were lower than in 2000.

While Australia has also seen substantial increases in income inequality as is evident from a rise in the Gini and top income shares, the evolution of real incomes has been quite different from the American experience. There are significant increases for households in the middle and lower part of the distribution.

Greece in the period up to the economic crisis saw rapidly rising living standards across the distribution. The Gini index has been decreasing or stayed flat even in the crisis. This can hardly be interpreted as good news for middle and below households, however, as can be seen from the calamitous collapse in living standards.

Also looking at developments within other OECD countries over the past 30 years illustrates the perils of a sole focus on inequality. The UK, for example, has seen both periods of rapid real income growth for those in the middle and lower parts of the distribution and periods where their incomes have seen little or no increase. While this is associated with how GDP evolves, GDP per capita is an unreliable indicator of how these living standards have changed, even when seen together with top income shares or the Gini inequality measure. Thus, if real incomes and living standards of middle and lower-income households are at the core of our concerns, reliable direct measures of how they are changing over time and how policy is likely to impact on them need to be front and centre.

It is an important step forward that inequality is increasingly recognized as a central concern not just from the point of view of fairness but as representing a real threat to economic performance and social cohesion. To get the whole story, though, it has to be looked at not in isolation but together with the way living standards evolve. It is this combination that is of such central importance to people’s lives of people and needs to be at the core of research, debate and policy-making. 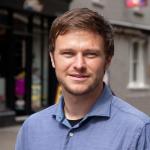 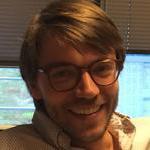