How to relax and start loving the robots 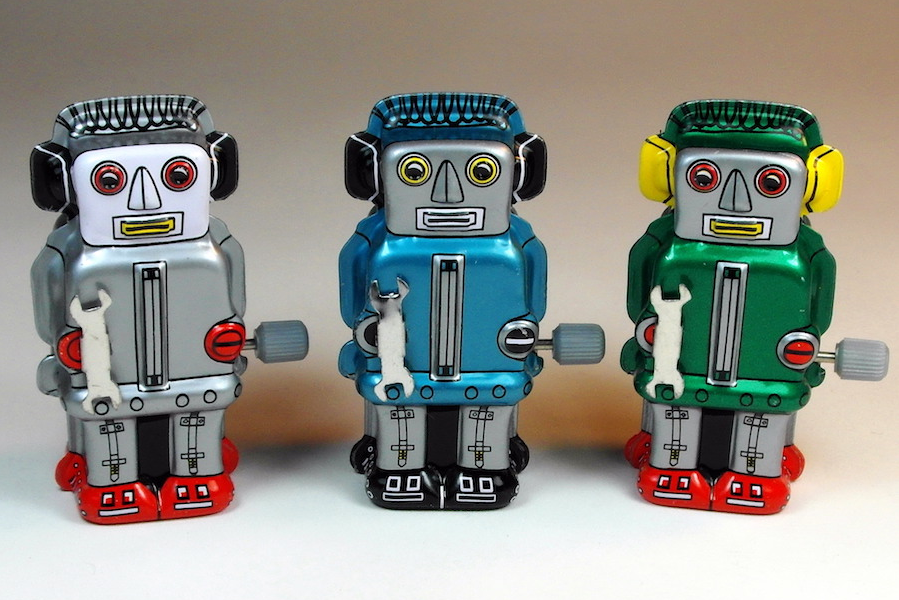 Anxiety over human labor being replaced by cyborgs may be in vogue, but it’s overblown
— machines may help us achieve healthier and more meaningful lives

In light of the growing anxiety about robotization and the dystopia of precarious work and limitless technological unemployment, a few recent and interesting articles together provide reason for some optimism that jobs are not disappearing — although we could be working less if we prefer to.

First, a lovely timeline compiled by Louis Anslow demonstrates that human anxiety over being replaced by machines is an age-old one. Robots and automation have always displaced human labor with substantial attendant misery, but never permanently or on a large enough scale to create the perpetual mass unemployment crisis repeatedly invoked — because output is not held constant. Even if labor and machines are substitutes in a given factory, labor and capital have been complementary over the long-run as output growth has absorbed more labor. Indeed, early classical economists discussed this pattern. This time may, of course, be different, but it is important to ask why so.

Increased output can and should produce a decline in work hours. If leisure time is desirable, then over the long run, as output and income grow, working hours should fall. A recent paper by Timo Boppart and Per Krusell provides a short and interesting overview of the relationship between work hours and productivity across countries. They show that there has been a steady decline in work hours in most OECD countries over the last half century. The U.S. is decidedly atypical in this realm, with a higher level of working hours (about 200 hours more than France or Germany) and a steady level of work hours. Since the 1980s, work hours actually increased in the U.S. As such, macroeconomic labor market theories calibrated on the U.S. post-war data are likely to be misleading as general approaches. In the U.S., it may be that income and substitution effects cancel, but this may not be true across the world (see unit 3 for an explanation of these effects).

Moreover, they argue, there is reason to believe that even if hours-worked across the world continue to fall as they have done historically when technology and productivity improve, there is no reason to believe that it will be a jobless world. Indeed, we have yet to see the robot revolution displacing work on a macroeconomic scale. A recent review of Okun’s law (the relationship between output and employment) suggests that it is still stable. In other words, there is no delinking of employment growth from output growth in the data.

But this if course still leaves open an interesting question: In a world of actual abundance, should we be working as hard as we are doing? The average real wages of U.S. workers has increased six-fold over the 20 th century, but the annual average hours-worked has fallen only by one third (and indeed increased since the 1970s). Again, these data are helpfully provided in the CORE chapter cited above. Keynes in his counter hegemonic “economic possibilities for our grandchildren” , written at the outset of the Great Depression had optimistically suggested that by the end of the 20th century, perhaps people could work 15-hour work-weeks. What Keynes got right or wrong in his prognostication has been the subject of many articles, of course, but the question remains an open one: Why do we not take leisure time, and can we afford to do that just as the robots arrive? Can we work less, enjoy life more and not suffer large declines in income and output?

In this regard, a mandated shorter working day in Gothenburg, Sweden has produced an interesting set of results. Rather than seeing a fall in output as a result, small businesses have found that a reduced work-day may have resulted in less absenteeism, reduction in staff turnover and an increase in productivity sufficient to offset the potential cost of hiring more employees. As one business owner put it “We thought doing a shorter workweek would mean we’d have to hire more, but it hasn’t resulted in that because everyone works more efficiently”.

The struggle for a better work-life balance is one of the key issues facing industrialized societies today. While the overriding impulse in the media is to speak about labor market insecurity (a very real and corrosive fact), a better economy can and should imagine lower working hours, security and leisure. Julie Schor goes over these issues in a succinct manner (as does Robert Skidelsky). The solutions may require a political and perhaps psychological change that we have not adequately explored.