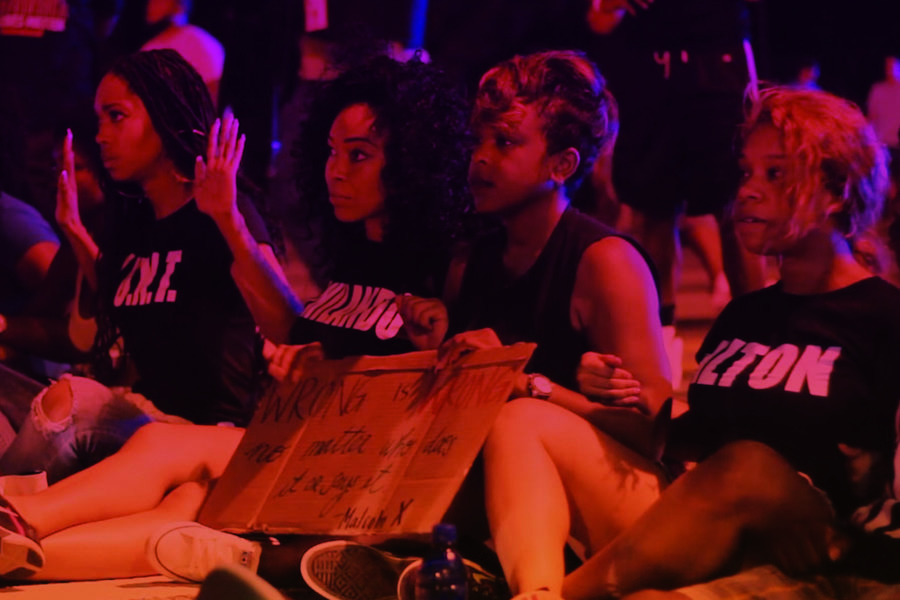 Alexis McGill-Johnson, who will speak on “Healing Otherness” at the Institute for New Economic Thinking’s conference on the economics of race, heads the Perception Institute, whose new report tackles the connection between race and gender bias. The report features research by two of her fellow panelists at our conference, Phillip Atiba Goff and john a. powell. In her foreword to the report, reproduced below, McGill-Johnson highlights some key themes that will be explored at our Detroit event.

I am a movement baby. I was born in 1972, just five months before Roe v. Wade and well after the landmark victories of the Civil Rights Movement—somewhere between second-wave feminism and the peak of black power. My parents were boldly black and proud. They wore dashikis, sported big afros, and organized community meetings and breakfasts as we trailed along in tow. Professionals by day, they spent evenings and weekends strategizing with friends about how to ensure newly enacted federal legislation would become local reality. I am pretty sure I learned the words to We Shall Overcome before I learned the Pledge of Allegiance.

Race was always the dominant frame in my house; gender roles were often stereotypical, yet they pushed boundaries. My mother, for instance, began her career as an entry-level secretary at AT&T Bell Laboratories and retired 40 years later  as a Director of Human Resources and Labor Negotiations. Inside the company,  she was a proud race woman and agitator, building one of the first black executive affinity groups in corporate America. At home, she took more pride in her role  as a 1950s-style housewife, deferring to her husband on major financial decisions, even though she brought in more resources. She claimed womanism (as distinct  from mainstream feminism, seen by some women of color as a movement for white women) and raised me and my three sisters to be intersectional long before there was ever a name for it. To me, she moved seamlessly between race and gender frameworks, albeit with choices that were clunky, compartmentalized, and often contradictory.

By the time I reached Princeton in the late 1980s, many of the legal battles against explicit discrimination on the basis of race and gender had been “settled.” Judging from the dreams that my peers and I held for ourselves and the vigor with which we pursued them, it was clear that my generation was the first generation to be raised with gender and racial equality as core American values. We knew we were part of an enduring struggle—centuries of marginalization would not yield easily to change, and longstanding informal practices of bias meant that many people of color and women likely would never reach full equality. But for a privileged few, success was ours for the taking; inclusion and belonging were a function of our ability to seize the opportunities our parents and their forebears created through their sacrifices.

And yet, decades later, data on racial and gender inclusion in leadership reveals more paradox than paradigm shift.

That data depicts our path to representation and leadership. On paths elsewhere, women of color are the fastest growing group to be incarcerated and to be diagnosed with new HIV/AIDs cases. Disparities abound, despite our best intentions.

We know from the mind sciences that the values we hold as a society can exist in tension, even conflict, with our outcomes. From my vantage point at the Perception Institute, I understand intellectually how stark gendered disparities stem not from a disparate talent pool but rather from well-documented patterns of structural discrimination. And yet, I can’t help but wonder how many women in my generation and those that have come after continue to labor under deep-seated hopes and myths about individual success. For decades, we’ve simultaneously been primed with opportunities that didn’t exist for previous generations and undermined by social stereotypes that both limit those very possibilities and create identity traps that weaken our individual ability to perform to our potential.

When the gender lens includes race, as it should, the paradox gets more layered and complicated. The very access we rely on to create both gender and racial progress continues to depend not just on how we perform or who we know, but rather on how the mass majority of society perceives our capabilities through both lenses.

Perception Institute’s work rests on a foundation of empirical science. In 2014, under the guidance of Research Director and Co-Founder, Rachel D. Godsil, Perception released The Science of Equality, Vol. 1, a collaboration with leading social psychologists Linda R. Tropp, Professor of Psychology and Brain Sciences at the University of Massachusetts Amherst; Phillip Atiba Goff, President of the Center for Policing Equality; and john a. powell, Director of the Haas Institute for a Fair and Inclusive Society at the University of California, Berkeley. The report delved deeply into translating and synthesizing insights from the sciences to develop a framework for understanding how the unconscious phenomena of implicit bias, racial anxiety, and stereotype threat interact and become actualized in individual behavior and systems.

The Science of Equality, Vol. 2 is written by the same set of advisors, along with Perception’s Research Associate Jessica MacFarlane, and focuses specifically on gender bias as viewed through an intersectional lens and its implications for the academic and professional achievements of women. Drawing on research across numerous fields, this report explains challenges that women face as we navigate workplaces, leadership roles, and educational settings—from implicit biases that shape how we are perceived to the environments that encourage sexual harassment. It concludes with evidence- based strategies to override these phenomena at the individual and institutional level and to promote the full participation and potential of all women.

The category all women, not surprisingly, poses methodological challenges. As the report draws largely upon extant research, the authors were confronted with the question of how to identify mechanisms of gender bias for all women without equating women with white women. Are gender stereotypes and their resulting biases, for example, experienced in the same way by women of different races and ethnicities? Are all women presumed to be the “fairer” sex, or just white women?

At the suggestion of co-author Phillip Atiba Goff, the authors combed through every study included in the report to both identify the race and ethnicity of the study participants and determine whether the analyses accounted for potential race or ethnicity-based differences. The process revealed that many of the studies either included only white participants, included very few participants of color, or neglected to specify the race or ethnicity of participants at all. As a result, the authors could not definitively conclude that the findings presented apply equally to all women and girls. In the name of transparency and in an effort to avoid misleading readers, this report specifies when the sample is either all white or ambiguous, in contrast to those studies that include more representative samples.

This approach, rarely seen in large research syntheses, added depth to this report, making it more reflective of, and applicable to, the lived experiences of women of various races and ethnicities. Ironically, the extra effort to view the data with an intersectional lens underscored just how invisible women of color are within research methodologies and metrics. Research with an intersectional lens not only creates stronger empiricism but can help us develop more trusted interventions.

While empiricism is at its core, the work of this report has also brought an emotional reckoning for me as I reflect on my own movement choices.

Since 2010, I have been deeply invested in shifting perceptions of boys and men  of color in collaboration with the Campaign for Black Male Achievement and the Executives’ Alliance to Expand Opportunities for Boys and Men of Color. The unspeakable tragedies of police-involved shootings of unarmed black men, in particular, have made this work unrelenting. Meaningful conversations about the “role” of black women in this space abound but rarely incorporate our own complicity with and reification of gender constructs. Because race is “genderized,” the fact that black women with darker skin are also in jeopardy of state violence often gets masked. Intersectional work is hard—particularly in the face of such urgency.

For about the same period of time, I have served on the national board of a reproductive rights organization and as a leader in the reproductive rights movement, where white women dominate leadership and funding; meanwhile women of color disproportionately experience limits on access to reproductive healthcare, are more broadly demonized for their reproductive choices, and are limited in their opportunities to grow and develop women-of-color-led organizations to fight back. Although the concepts of intersectionality and reproductive justice, developed by women of color, have gained incredible traction, making those concepts meaningful and holding mainstream organizations accountable to those principles lags behind.

In spite of my value for intersectionality, in practice, race continues to be operationalized as black men, and gender equals white women. As such, I remain in perpetual search of frameworks and metrics to help me make meaning and make a difference.

But I remain hopeful.

Our first volume of The Science of Equality felt ironic—we were celebrating an historic presidency of an African American man while bearing the countless deaths of African American men throughout our nation. We are publishing the second volume of The Science of Equality on gender almost 100 years after women’s suffrage, and just a few short weeks before we vote in another historic election: the first woman is leading the ticket of a major party.

But most important, young women of all races and gender identities—who are unapologetic, queer, and unafraid—are powering movements from Black Lives Matter to immigration reform to reproductive justice to minimum wage and beyond. They are living both at an intersection and intersectionally—centering the voices of the most marginal. It is our job as researchers to ensure that we support their progress with metrics that capture the spirit they are building. I hope The Science of Equality, Vol. 2 makes a contribution in that vein. 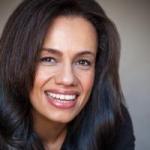