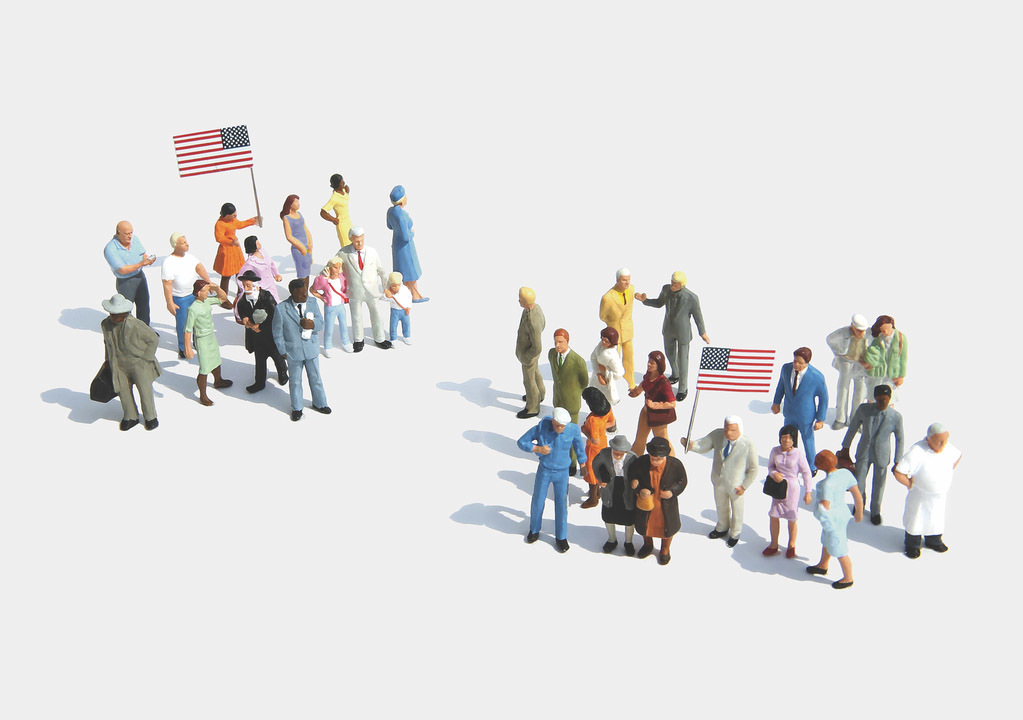 Conventional wisdom asserts that American politics is becoming more and more tribal. But the chiefs of the tribes share a lot in common: dependence on big money.

Talk about “tribalism” in American politics is all the rage. But in politics the chiefs of the tribes do almost all the talking. And they raise money, on a colossal scale. So, take a look. Does their fundraising reflect a tide of small donations from masses of concerned Americans they claim to be speaking for?

But perhaps through some miracle of democracy elections express the will of the people anyway?

So, take a look at some more pictures. Does their fundraising reflect a tide of small donations from masses of concerned Americans they are speaking for?

What would the sound of money talking look like?

How about a straight line?

The vote split in races closely tracks the money split in the 2016 Congressional elections:

All American elections for which the data exist show this pattern

But it’s not a pathology peculiar to the US. French parliamentary and municipal  elections show the same “linear model” pattern (Cage, 2018).

Many estimates of “donor concentration” — how much of total money comes from a few donors – exist. We find none convincing; they are nearly all too low, even when the numbers are shocking. They do poorly at aggregating money from people in the same firms.

Our estimates do not include state and local races, unless they make it into federal sources.

Percent of Original Money from Top 400 Donors & Top .01% of Donors, Not Including Labor

The State of Countervailing Power in America, 2016

Some leaders of the Blue Tribe are now proposing a “bold” reform:

What difference would that make?

Contributions from Pacs to Dem Senate campaigns add up to about 10% of all spending.

(Higher figures you see come from excluding “outside” money from Super Pacs and non-profits officially unconnected to the campaigns.)

Even assuming no substitution of additional personal contributions for the missing pac funds (a ridiculous notion), this doesn’t add up to much.

What would truly change the system?

This plots salaries of top federal regulators over time against incomes of those in financial markets. If you can walk out of your post to become far richer, it is idle to expect serious regulation.

And Remember: Formal Campaign Money is Only A Slice of the Spectrum of Political Money

Campaign finance follows the basic axiom of the investment theory of politics:

Campaigning isn’t free. Costs are much higher than classical liberal theorists believed. As a result, either everyone pays a little to fund campaigns or a few pay for nearly everything — and control the system.

Public funding would represent a substantial improvement; and we think the few places in the US that have tried it have gained from it. Only it institutionalizes the possibility for people to run and be heard without depending on big money.