Banks as creators of money

In conversation recently, I was called upon to defend the claim that banks are in the business of creating and destroying private money.

This has been for me a working hypothesis for so long that I was unable to respond effectively or cogently to the argument. My interlocutor followed up in e-mail with a Cowles Foundation paper by Tobin in support of her case. Here is my response to Tobin, hopefully better articulated than I managed on the fly. In this post, I’ll stick to the theoretical claim (the practical context was bank capital requirements).

I agree wholeheartedly with Tobin’s dismissal of the

but rather than enclosing the difficult word in quotes, I prefer to try to understand it. By all means let us not draw an abritrary line between money and non-money. But Tobin is wrong to conclude that there is nothing special about money at all.

There is indeed something special about money. All of the traditional functions of money come down to the certainty that one will be able to get rid of it, at a reasonably certian price, for a reasonably long distance into the future. That certainty amounts to money’s liquidity, and the institutional setup of the payment system—including commercial banks, the central bank, and deposit insurance—all exist to support it. It is costly to do so; liquidity is not a free good.

This moneyness is not something that is inherent in the thing; it is present when institutions and individuals provide and maintain it. Participation in the payment system is an expression of a bank’s willingness to trade at par deposit claims on itself with those on other banks. To do this is to guarantee the liquidity of the bank’s deposit liabilities—if a depositor wishes to enter or exit a position in some bank’s deposits, it can do so, in size, without moving the price from par (i.e., from one). The central bank supports this guarantee by ensuring banks’ access to clearing balances for the processing of interbank payments; deposit insurance supports it by protecting banks from runs.

Moneyness should, moreover, be viewed as a property which can be possessed in degrees. No arbitrary line should be drawn, but some things are more like money than others: federal funds are very money-like, T-bills less so, equity shares not so much at all. The degree depends on how deeply the liquidity of each type of claim is supported by the banking system.

Asking whether the fact that their liabilities are monetary means that banks have priveleged access to funds, Tobin finds that

[t]his advantage of checking accounts does not give banks absolute immunity from the competition of savings banks; it is a limited advantage that can be, at least in some part for many depositors, overcome by differences in yield.

Tobin imagines banks raising funds by issuing various kinds of securities—checking deposits, savings deposits, bonds, shares—and competing on yield with other issuers to raise funds. But the differences among those liabilities are not to be found only in yields. They possess moneyness to varying degrees, and when the need is for liquidity, no yield is high enough to entice lenders. Yield and liquidity are not commensurate, especially in a crisis.

[i]t depends on whether somewhere in the chain of transactions initiated by the borrower’s outlays are found depositors who wish to hold new deposits equal in amount to the new loan.

On this point Tobin is simply wrong. He neglects to consider who has the initiative in deposit creation and destruction. A bank’s role in the payment system, and the very reason that its deposit liabilities serve as money, is that they guarantee conversion of bank deposits at par, conversion into cash or conversion into deposits elsewhere in the system, at the initiative of the depositor.

A borrower can exit a position in bank deposits in two ways—by selling them to a non-bank, for example by buying real goods, or by selling them to a bank, for example by buying bank bonds. The former does not destroy aggregate bank deposits, it just moves them from one bank’s balance sheet to another’s. The latter does destroy aggregate bank deposits, but only if some bank is willing to sell bonds. Thus deposit destruction can happen only at a bank’s initiative.

All this is to say that what is important about the fact that banks issue monetary liabilities is that those liabilities are liquid—that you can be sure that you can get rid of them at par—and that that liquidity is provided and guaranteed by the banks, supported (for commercial banks, anyway) by the Fed’s guarantee of the payment system. Banks guarantee the liquidity of their deposit liabilities, not that of their other liabilities, so someone who wishes to hold them faces a market price, not guaranteed by anyone. 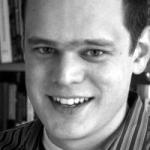