America’s Broken Retirement System is a Recipe for Political Chaos 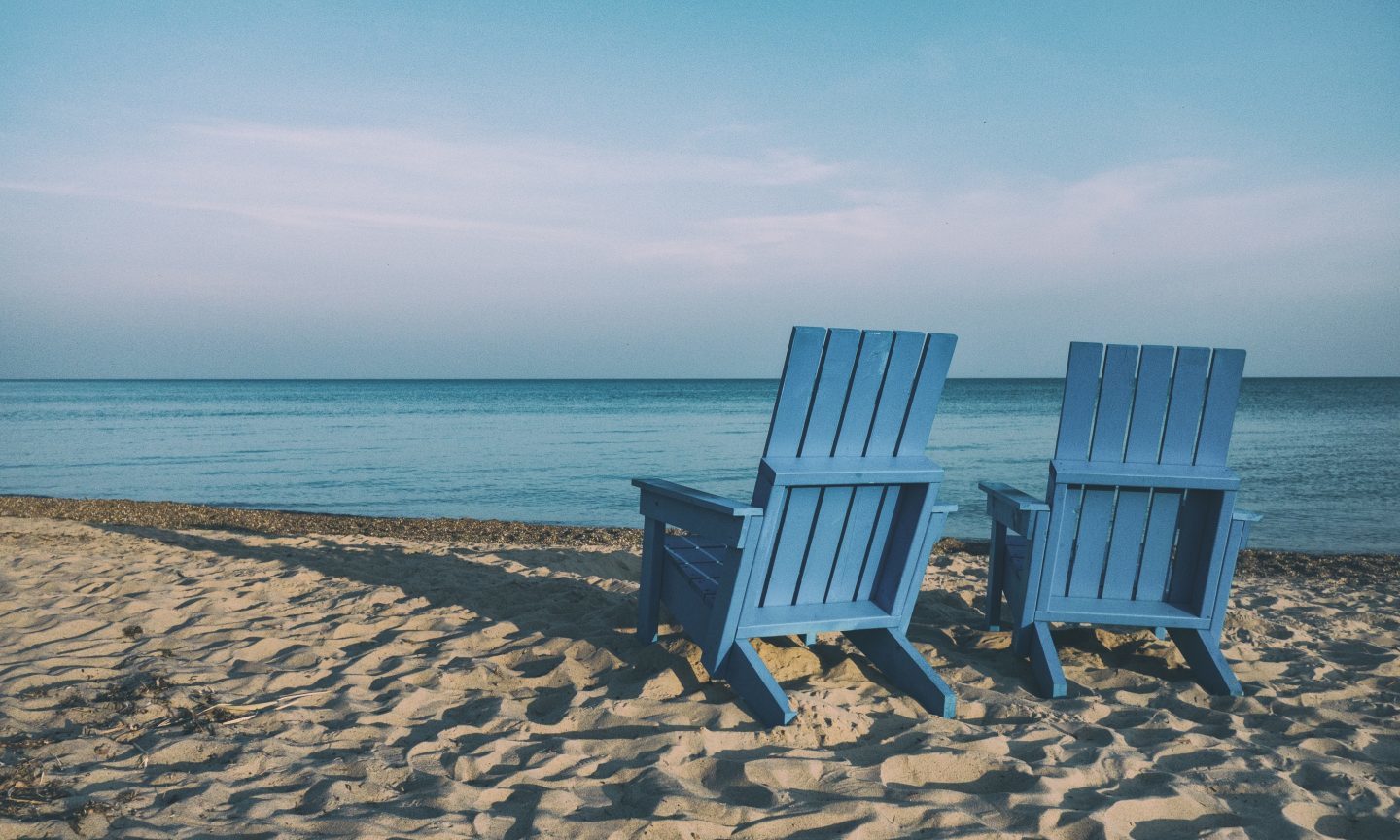 Expanding, rather than cutting, Social Security is the solution

As stocks go up and unemployment comes down, an increasing number of older Americans find themselves dodging bill collectors and spiraling into debt. Many warn of severe economic repercussions if this continues. But there’s more—large swaths of downwardly mobile seniors who thought of themselves as middle class is also a recipe for political chaos. Economist Teresa Ghilarducci, an expert on retirement security and Director of the Schwartz Center for Economic Policy Analysis at The New School, explains what’s happening and what’s at stake if we don’t fix it.

Lynn Parramore: A new report shows that American seniors are filing for bankruptcy at three times the rate that they did in 1991. But headlines say the economy is humming. Why are older people so broke?

Teresa Ghilarducci: The rise of the elder bankruptcy rate is no surprise, even if unemployment is low and stock values are up. Poor elders have terrible job prospects and very few households hold significant amounts of stock, bonds, and other financial assets. The erosion of retirement income security started decades ago.

LP: Can you explain what happened?

TG: In 1983, Congress and the President [Reagan] decided to restore Social Security solvency by cutting benefits and raising revenues equally. The FICA tax [Federal Insurance Contributions Act tax] was raised slightly and benefits were cut by raising the age people can collect full benefits from 65 to 70.

LP: As a Gen-Xer, that has always stuck in the craw because those years of collecting Social Security were taken away before I was old enough to vote!

TG: That’s correct. Though the political principal of equal revenue boosts and benefits cuts sounded fair, it was a nonsense way to make policy. Cutting the solution in half makes as much sense as King Solomon’s solution to cut the baby in half.

In 1983, the system needed much more revenue and not benefit cuts since there was no sign that voluntary actions by employers and workers would make up for the cuts. “Raising retirement ages” is a benefit cut. People can collect Social Security at age 62 and for every year they wait until 70, benefits increase on an average 6.34% per year. Therefore, those who can wait get a large boost and those who have to collect before 70 have a lifetime cut of over 11%.

Also, all the signs that private plans would fail were right. Instead of employers making pensions more available, generous, and widespread, more and more companies shifted financial risks of retirement savings to workers through a cheaper and less generous kind of pension: the 401(k).

Despite the hope that the do-it-yourself retirement accounts—401(k)-type plans and individual retirement accounts (IRAs)—would mean more workers would have some source of income besides Social Security, the retirement plan coverage rates of prime- aged workers has fallen from about 70% to close to 50%.

LP: So half of all workers don’t have a retirement account of any kind?

TG: That’s right. Another sign our retirement system has failed is that the median account balance of all people—including those who have an account from their current job or a past job; no account at all on the eve of retirement (age 55-64); or people who worked a full career under the defined-contribution employer pension revolution with ever-increasing tax breaks—is only $15,000. The low median account balance is because half of older workers have no retirement account balances at all, no 401(k)-type plan or IRA.

Let me repeat: almost half of all workers nearing retirement age will have nothing but Social Security to rely on.

For the lucky half who have some account balance in a 401(k) type plan or IRA, their median balance is $92,000. Spread that amount over a person’s retirement life and it will pay for a cheap dinner and a movie once a month.

LP: What’s going to happen if large numbers of people run out of money in retirement?

TG: If we do nothing to reform the current retirement system, the number of poor or near-poor people over the age of 62 will increase by 25% between 2018 and 2045, from 17.5 million to 21.8 million. That means real hardship and expensive responses by state and local governments through emergency housing, food assistance, and Medicaid costs.

There is another effect if we do nothing that could have serious political ramifications: middle class workers becoming downwardly mobile. Inadequate retirement accounts will cause 8.5 million middle-class older workers—a whopping 40% of all middle class older workers (aged 55-64) and their spouses—to be downwardly mobile, falling into poverty or near poverty in their old age. This is unprecedented since Social Security was formed.

Boomers and G-xers will do worse than their parents and grandparents in retirement.

LP: What do you say to those who argue that the answer if for people to just work longer?

TG: Working into your mid-sixties and beyond is not going to save many people from poverty and downward mobility. The unfriendly labor market for older workers with low incomes and nonprofessional degrees tells a different story.

LP: The American workplace is changing, with union membership in the private sector in the single digits, earnings of workers lagging behind gains in labor productivity and temporary, contract, and on-call work on the rise. Meanwhile, fewer workers get health or pension benefits through their jobs. How are we supposed to save for retirement in these circumstances? What ideas are out there?

TG: Richard Thaler just won a Nobel Prize for his work in behavioral economics, which has been very influential in shaping thinking on pension policy.

He advises that the government engage in “libertarian paternalism.” Instead of mandating pension coverage, Thaler proposes voluntary design changes to the current U.S. “do-it-yourself” system, which is spotty because it is voluntary on the part of employers and employees and requires individuals to direct their own commercial accounts.

But his “design” suggestions are more of the same. He proposes to have employers automatically enroll workers in a retirement plan the employer may (or may not) sponsor. Remember, less than half of employees have a retirement plan offered at work. Workers could opt out and many of the people who need coverage the most opt out for economic reasons, for instance women, and never get an employer contribution.

The second major design change he wants is voluntary “auto-esclation.” The idea here is that employers would automatically contribute all or a portion of their workers’ salary increases in their account. Unfortunately, auto-enroll and auto escalate only works for employees with stable jobs, no breaks in service, continual raises, and high incomes. According to many studies, one from the Urban Institute and a recent one of mine with graduate student Ismael Cid-Martinez, these voluntary features ensure that the tax breaks for retirement plans disproportionately go to the top 20% of workers.

The current voluntary, individual-directed, commercial system design leaves low and middle-income workers behind. Why? Because employers don’t want the expense and hassle of providing a retirement account to workers and may be afraid to offer one if their competitors don’t—a classic collective action problem. Unfortunately, unions are too weak to help employers coordinate and universally provide pensions.

LP: So despite his Nobel Prize, you think that Thaler has got it wrong. How would you help people save?

TG: I propose a retirement plan for all plan — a federal plan that mandates a prefunded layer on top of Social Security. A universal public option for retirement saving. The plan would be portable, accountable, low-fee, pooled and ensure a steady return. A mandated pooled plan is the best way to provide social insurance because no worker can go it alone or insure against employment, financial, investment and longevity risk by themselves.

The idea is to enhance the best features of the decentralized system while making up for its deficits. Hamilton James and I propose Guaranteed Retirement Accounts (GRAs) in our 2018 book Rescuing Retirement. A version of the same proposal was in my 2008 book (When I’m Sixty Four) and in a paper I published for the Economic Policy Institute in 2007. GRAs are universal individual accounts whose investments are pooled and they are funded throughout a worker’s career by employer and employee contributions and a refundable tax credit.

If the GRA plan were implemented today, we could prevent over 8 million elders from falling into poverty. But GRA wouldn’t be enough; we need a stronger Social Security system.

LP: Important that you also mention the need to expand Social Security. Can you explain how it would be possible? What do you say to people who argue that “we can’t afford that” or that Social Security is “running out of money”?

Social Security is fully funded until 2034. The Social Security Board of Trustees estimates that we will only be able to pay three-fourths of current benefits promised after that date if there are no adjustments. That is not insolvency or going broke. It is a potential shortfall, which depends heavily on wage growth and inequality, productivity, fertility, and immigration.

Social Security is designed to be updated periodically, so as time goes on it is always “running out of money” unless it is updated. The FICA tax has been increased 21 times in its 83-year-old history, typically every 2 years. But we have not increased the FICA tax in over 28 years! It’s time for a raise. Right now, the tax rate is 12.4%, split between employer and the employees. If we raise the FICA tax now to about 15%, the system could pay promised benefits for about 75 years. If we raise the earnings cap (now only $128,700) for Old Age and Disability insurance (Medicare tax is on all earnings) then we have revenue to raise the special minimum benefit for the poorest elders and prevent abject elder poverty.

The reality is that we need both an enhanced Social Security system and an advanced funded layer. No country has provided a stable pension system just on a pay-as-you-go system. The Spanish, Greek, and Italian systems tried but they have moved away from a pay-as-you-go system as their aging populations cause the tax rates to rise to unsustainable political levels.

LP: What are the biggest obstacles to addressing the looming crisis and what are your thoughts on how to overcome them?

TG: Relying on personal thrift to ensure against the financial insecurity of old age has not worked. But the biggest obstacles to mandating a retirement account for all and improving Social Security are members of the industry that thrive on voluntary do-it-yourself retirement accounts. The 401(k) and IRA industry will be challenged by the existence of low cost and high return stable GRAs that offer low-cost lifetime annuities. The industry has fought the efforts at the state level to provide public retirement plan options.

I hope that America is not locked into an extreme, voluntary, market-based retirement income security system.

The most important obstacle to change is political. Workers and, by extension, older workers, need to act collectively and militantly to spur policymakers into action. Only large scale collective action with voting and organizing can get our representatives to build a system that ensures that the retired can live financial comfortable and stable lives.