Why journal editors should commission history papers for their anniversary issues

Writing the history of economic journals is not merely a way to reconstruct the development of new fields and new approaches to economics. It also recasts current debates on peer-review, retractions, open-access, replicability, and bias in scientific publishing in a wider perspective. It answers important questions on the influence of editors, publishers and referees on the development or marginalization of various economic approaches. But such endeavour requires the preservation of journals’ archives, the recognition of historical expertise, and economists’ adoption of a more relaxed and humble approach to their history.

In a recent post, Pedro Duarte hints at how dejected historians feel when browsing the content of economic journal anniversary issues. Pedro’s focus is the recent Economic Journal 125th Anniversary Issue, but the genre is flourishing: among many others, Health Economics celebrated its 21st anniversary in 2011, just as the Journal of Population Economics (Popecon) turned 25 and the Journal of Economic Perspective (JEP) published its 100th issue. The previous year, the American Economic Review (AER) had published a centennial issue (on which I have already blogged). Celebrations are different across journals: Health Economics merely published an special editorial; Popecon invited prominent contributors to write a few sentences on the journal’s achievements; JEP founding editor (Joseph Stiglitz), current editor (David Autor) and managing editor (Timothy Taylor) reflected on, respectively, how the marketplace of ideas had evolved, what the main characteristics of past contributions are, and past/present/future challenges economic journal editors face. Both AER and EJ boards selected and republished samples of articles that, it was felt, had a major influence on economic science during in XXth century. AER editors also asked Robert Margo to provide a comprehensive study of the changes in the supply and demand for “AER services” over time, and the associated space and budget reallocations (by Robert Margo). Also noteworthy is the Journal of Public Economics 30th anniversary issue (2002), which included a set of “Yesterday/Today/Tomorrow” assessments of the state of public economics by former JPubE editors.

I have sometimes shared Pedro’s disillusionment with the content of these issues. But every time I have read an anniversary issue, I have felt that there was a missing history paper, one that would have told the story of the celebrated journal, and, through it, of the transformation of the associated field or discipline. Here are a few questions the missing paper would answer:

1) How had editors influenced the scope, shape and content of major economic outlets? Bob Coats’ famous history of AEA publications stops in the early 1970s, at a moment scientific editing was undergoing dramatic changes. He did a wonderful job in laying out Davis Dewey’s, Paul Homan’s and Bernard Haley’s editorial vision for the AER. But what about Mr and Mrs Gurley, Georges Borts and Robert Clower? Olav Bjerkholt has documented Ragnar Frisch’s imprint on Econometrica, but what about Robert Strotz, Franklin Fisher, and Hugo Sonnenschein? And Mark and Naomi Perlman, then Moses Abramovitz, at the JEL? Did editors actively foster the dissemination (or marginalization) of methods and subject matter published? For instance, was Albert Rees, editor of the Journal of Political Economy in the 1970s, responsible for the spread of human capital-oriented labor market theories? Till Düppe and Roy Weintraub’s story of how McKenzie’s proof of the existence of general equilibrium was refereed (by Debreu) shows how consequential editors’ decisions can be. Andrej Svorenčík (ch.5) has narrated the various strategies Charles Plott deployed to convince editors to publish experimental economic articles at the turn of the 1980s. Getting a wider picture of when and how experimental methods became accepted by economists however requires more research on editors’ perspective. Also, these narratives would recast current developments, such as the recent p-value ban by Basic and Applied Social Psychology and the replicability/reproducibility challenge, in a wider perspective.

2) How much did publishers weight in decisions to create and develop journals? Many field journals were established at the turn of the 1970s. This development is often tied to the fragmentation of economic expertise, but also to North Holland’s and other publishers’ desire to expand their stables of specialized journals. Did their business decisions play a role in development of such and such field, and what was their role in the privatization of scientific knowledge? The pros and cons of open access are hotly debated now, and histories of economic journal would offer some historical background to these debates.

3) How was the peer-review process, one that is so central to the production of scientific knowledge today, developed and why? Preliminary stories of peer-reviewing exist for med/bio sciences. Nothing is known about its generalization in economics and most other sciences, though, and this impoverishes debates on possible flaws in the peer-review system and the growing number of retractions (although economics is an exception).

4) Are there distinct national traditions in scientific publishing or is the market for scientific ideas standardized worldwide (a question that could have been answered by constructing a history of the Economic Journal. I would also have been interested in understanding to what extent EJ has been a vehicle for the internationalization of some strands of British economic thinking, and whether some French tradition have suffered from not having such an outlet )?

5) How was all this expanding economic literature made navigable (my own take on this is the history of classification)? And how have editors harnessed the various costs associated with the boom in economic literature, e.g. growing space constraints, flows of submissions, budget deficits, and work overload? By increasing the number and size of publications, as well as subscription fees, Tom Scheiding explains. Which again provides some background to current open access debates.

6) What was the impact of technology on scientific publishing since the 1970s?

7) To what extent the establishment of a journal signals, or contributes to, the maturity of a new field. Is there a general pattern across public, urban, health, education, environmental economics ?

Several methods can be used to produce the historical knowledge I advocate here: while bibliometrics is already much in use, other quantitative techniques are needed for in-depth examination: text and co-citation analysis helps trace the evolution of dominant topics (as in physics, for instance), network analysis enables authorship and specialties mapping (as in neurosciences), and detailed archive analysis provides detailed narratives of the relative influence editors, publishers and referees have on journals, and reveal past debates on budget, subscriptions, classification, subject matters and methods choices.

The contemporary transformation of economics, and the larger debates surrounding the quality and future of scientific publishing call for the development of a history of economic journals. But this requires:

- that editors stop trashing their archives

- that the skills needed to apply quantitative and qualitative techniques to historical data be recognized. As in any science, we have our own data quality, inference, correlation/causality, robustness and replicability issues. And we have developed distinct expertise to deal with them.

- that economists adopt both a more relaxed and a more humble approach to their history. 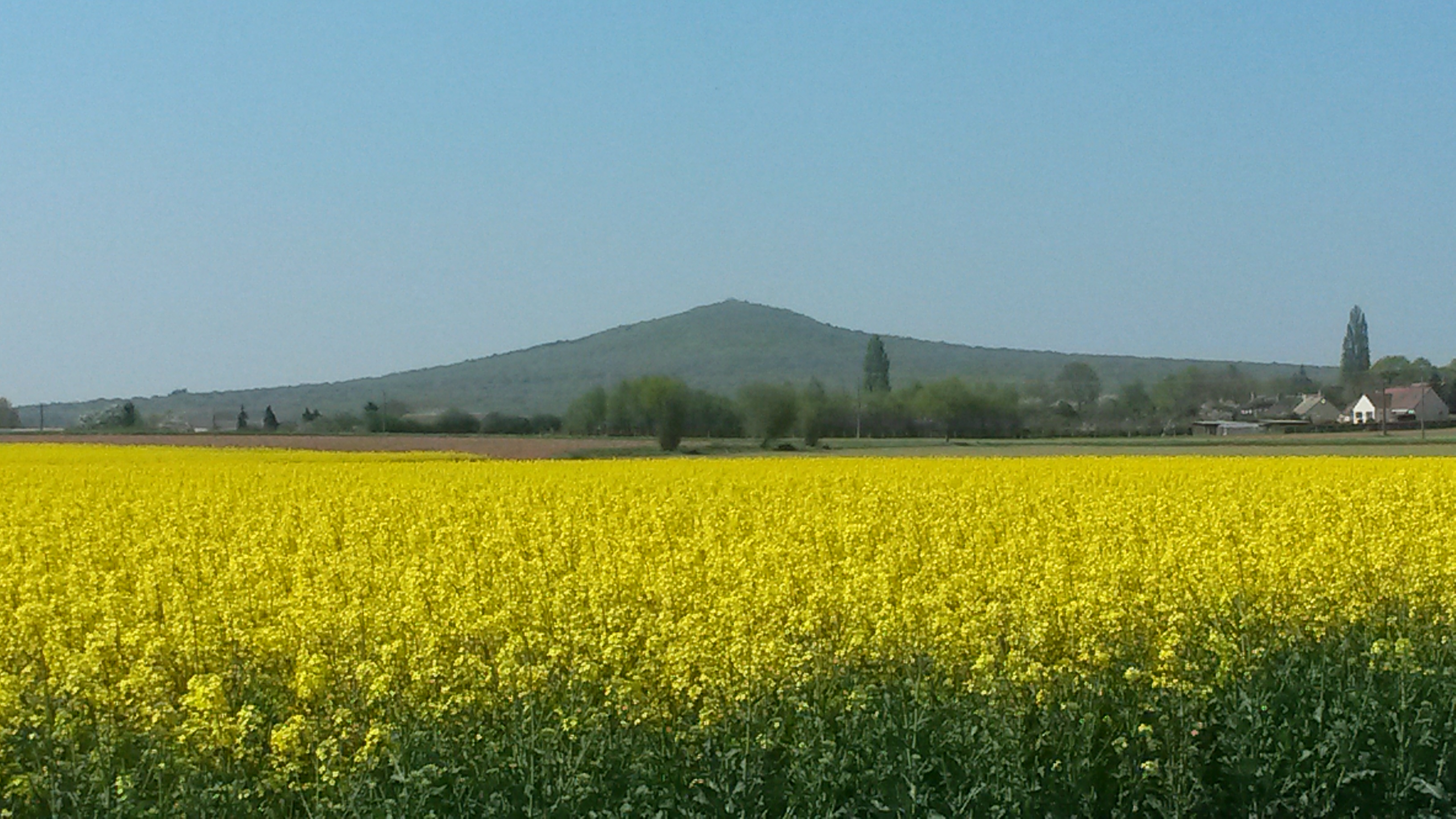 From the Apple orchards of Normandy

The problem with that kind of posts is that they are simultaneously stimulating and frustrating: this is the measure of what we should do and (unfortunately) of what we haven’t much time to do. In some way, you say that journal editors should commission history papers by listing a number of things that historians could do, but the fact is that not so many historians of economics have done that so far. You’re doing it with your JEL codes paper and to a lesser extent, that’s also what we intend to do with our historiographic paper, too. But this is a lot of dull work for results that often fail to raise the larger community of economists and even historians of economics (who will prefer to stick to their old guns). So, of course, the research you are suggesting we should do seems fascinating but from a career or community building perspective, is it worth the work? That I don’t know. 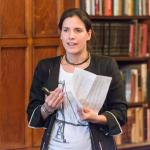