Finance is built on trust. It is based on promises about tomorrow, often paper promises backed by nothing other than words on a page. When trust in those promises breaks down, so too does the financial system. That is the lesson of thousands of years of history.

Innovation in finance has made those promises more, not less, reliant on trust over time. The move from commodity to fiat money meant that the collateral backing the medium of exchange switched from a hard tangible (the value of a precious metal) to a soft intangible (the solvency of the state). While a dollar bill says “In God We Trust”, it should read “In Government We Trust”. When trust in fiat money is lost, the upshot is hyperinflation, currency crisis or worse.

The emergence around 800 years ago of commercial banks put at the apex of the financial system a second piece of the financial jigsaw crucially reliant on trust. Banks promise to return money today, when most is tied up until tomorrow or the day after. They rely on the trust of customers collectively not to call their bluff. When that trust is lost, creditors run, promises cannot be met and the banking system collapses.

Financial history is pock-marked with hyperinflation, currency and financial crises. In other words, the history of finance is, in essence, a history of the loss of trust. These crisis episodes are associated with huge, often permanent, losses of wealth and income. Their costs are larger than almost any hazard, financial or non-financial, we can imagine. That is why retaining trust could not be more important to the wealth of nations.

The financial crisis of the past few years has retaught us many of these age-old lessons. Trust in banks collapsed, as did trust in the financial instruments they had issued. Trust in economies followed soon after, as Great Moderation turned to Great Recession – for most countries, the most devastating loss of wealth and incomes since the Great Depression. Compared to crises of the past, only the names had changed.

Yet in one important respect, this time was different. The loss of trust spread globally. Modern communications contributed to financial mistrust spreading cross-border at lightning speed. That is why the world experienced its first-ever genuinely global financial crisis. Globalization meant (mis)trust in finance had become a global rather than local phenomenon. For that reason, the maintenance of trust has even-greater economic significance today than in the past.

Despite its importance, measuring and understanding trust has, until recently, been a largely untouched area for economists. It is not difficult to see why. Trust does not fit easily into a world of atomised, rational agents the like of which inhabit a Neo-Classical economic model. It is only when agents make decisions using their own and others’ emotions that trust takes centre-stage, driving quite different economic outcomes than in a Neo-Classical world.

In making sense of the crisis, economic models of just this type are now emerging. For example, network theory and behavioural economics are in vogue. These models demonstrate the plasticity, and in some cases fragility, of expectations and beliefs. They illustrate the centrality of trust in understanding outcomes in economic and financial systems, good and bad. And they lay bare the methodological gap when it comes to measuring trust.

Fortunately, that gap is now beginning to be filled. The Thompson Reuters TRust Index is one example. Amongst the metrics it employs, it captures news and social media sentiment about trust in the financial sector and how it is evolving. It uses the information embedded in the web to provide a near real-time barometer of how faith in the financial sector is being shaped and why.

This is a new breed of economic indicator: one motivated by modern economic theory and made operational by frontier technology. It is an indicator which is at the same time both ancient and modern. It might form part of a new statistical armoury for financial regulators and investors. If measured and monitored adroitly in future, trust in the financial sector might even become less prone to the juddering gyrations, which have characterised crises past and present. 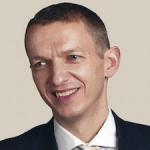