This Take on Humanity’s Future Might Blow Your Mindset 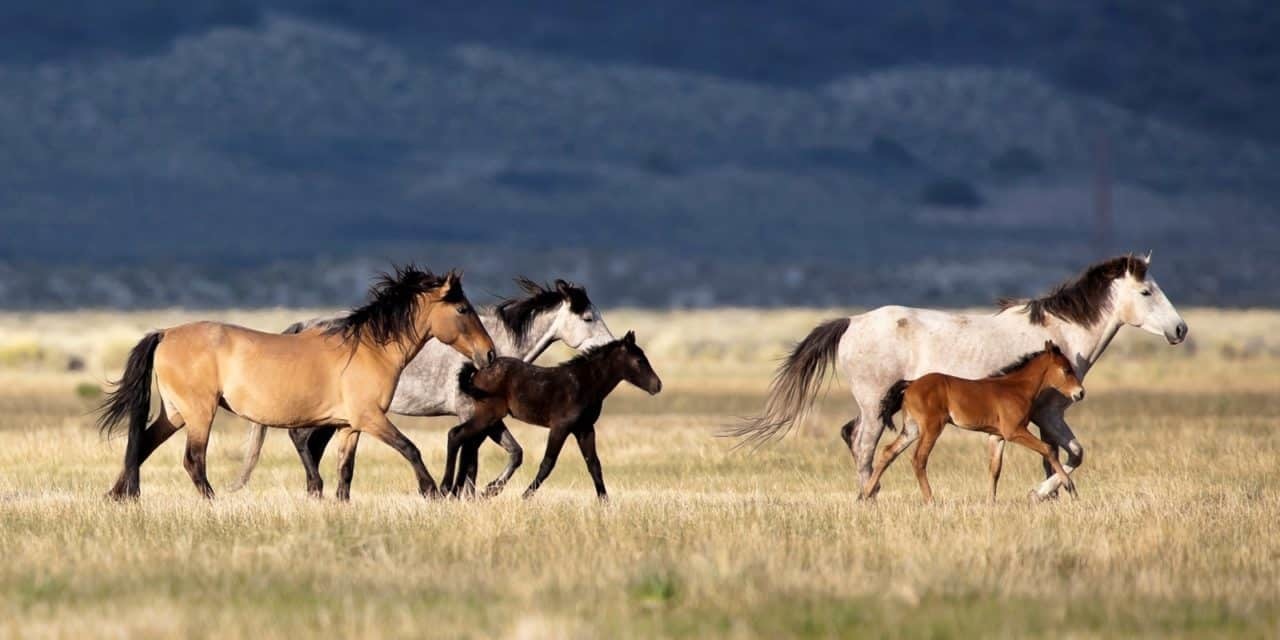 Author Jeremy Lent argues that western conceptual frameworks with roots in the Stone Age push us towards disaster. Time to let them go?

Under the shadow of a future darkened by climate crises, political instability, inequality, and super-human machines, how to best proceed? For some, the answer is more technology and scientific advancement; for others, better policies and political arrangements. Or some combination of these.

Not enough, warns Jeremy Lent, author of The Patterning Instinct: A Cultural History of Humanity’s Search for Meaning. First we’ll need to confront something deep in our psyches that prods us toward destruction.

To get at that something, Lent traces a “cognitive history” of the human species in a book delivering big, sweeping ideas and a discipline-hopping approach drawing from neuroscience, archaeology, linguistics, and systems theory, the study of complex living systems.

Lent argues that how we view the world arises out of language, specifically core metaphors that shape our values and culture, which in turn mold history in a reciprocal feedback loop. Cultural templates are often long lasting, but can also shift dramatically, sometimes in a generation or two. The process of cultural evolution, Lent observes, determines how well humans fare as much as the genes we inherit (there’s a feedback loop between culture and genes, too).

As Lent sees it, you and I are in the midst one of history’s great transitions — a process which could lead to conditions far less hospitable for most, or even a total collapse of global civilization. To avoid these dire fates, we can train our brains to adopt alternative metaphors that allow us to live less destructively.

So which metaphors are causing the trouble? For one, Lent faults a tendency to conceive a dualistic universe of binary categories, like mind and matter, reason and emotion, self and other. This framework, as the postmoderns observed, drives us to favor one category over the other and to build societies based on hierarchy and separation.

The pattern is not universal: Lent presents evidence that early hunter-gatherers emphasized connectivity rather than separation, a mindset that engendered a more egalitarian social structure. (Unfortunately, they also lived by a metaphor of nature as an endlessly giving parent, resulting in problems like overhunting, which illustrates that even seemingly harmless metaphors can eventually lead to catastrophe).

Lent speculates that dualistic frameworks articulated by western thinkers like Plato and Descartes fit into a broader pattern that sprouted from the legacy of prehistoric Proto-Indo-Europeans (PIE for short), thought to have been Eastern European steppe-dwellers and possibly the first to domesticate the horse. From their language (spoken 4500 BCE to 2500 BCE), all Indo-European languages are hypothesized to descend, including English, Greek, Spanish, German, Russian, Persian, and Punjabi, making it the parent tongue of nearly half the world’s population.

As nomadic horse breeders and traders, the PIEs, Lent argues, were more attuned to concepts like independence and mobility than agriculturalists who focused on metaphors of stability and relatedness. Some scholars, such as anthropologist and archaeologist Marija Gimbutas, have theorized that the PIEs promulgated their culture so successfully because they were especially aggressive warriors, using chariots to overrun sedentary communities weakened by events like climate crises. Some speculate that they carried with them a particularly stark form of patriarchy, though this is debated and has led to what others argue are simplistic notions of a male-centered military culture wiping out peaceful matriarchal communities.

On this contested ground, Lent stakes his support for the theory that PIE speakers developed core metaphors of domination, conceiving of nature, and other groups of humans, as foes to be conquered. He notes that in Indo-European languages, the concept of “might is right” is common. For example, the English words “regulate” and “correct” derive from the Indo-European root word for king, “reg.”

However their influence spread, Lent holds that the PIE’s success gave them an outsized stamp on the cognitive structure of the modern world, a mindset embedded in everything from religion to knowledge and technology. He traces a PIE-originated “Western pattern” of meaning that emerges through Greece, the rise of Christianity, the Enlightenment, and the Scientific and Industrial Revolutions.

Lent posits that the Chinese, protected from PIE invaders during their early history by the Himalayas, developed a distinct “East Asian pattern” that was less dualistic and mechanistic. Where Indo-Europeans conceived of oppositions like good and evil, evident in Zoroastrian and Judeo-Christian traditions, the Chinese came up with the notion of yin and yang, highlighting the interconnectedness of apparently opposing forces. This framework can be seen in various ways in Chinese languages, which, for example, identify the seat of consciousness as the heart-mind, binding reason and emotion together. Core metaphors center less on domination than fitting in and attending to the needs of others: the words for “to care for” and “to govern” are same. Put another way, to be right is to be responsible. He cites Neo-Confucian philosophers of the Song dynasty (960–1279 CE), who synthesized Confucian, Taoist and Buddhist ideas, as exemplars of this pattern.

Lent acknowledges certain “moonlight traditions,” such as that of Heraclitus in Greece, as bucking the PIE trend by envisioning the universe as dynamic and alive. He cites Leibniz, who was intrigued by Chinese concepts transmitted through Jesuit missionaries, as a moonlighter, as well as Leonardo da Vinci. But they were a minority. The dualistic framework focused on transcendence over matter and domination of nature had taken hold in Europe by the 12th century, creating conditions for a conceptual revolution in which Christians began to nurture scientific cognition. For Lent, the die was cast. He sees this trend eventually leading to the Scientific and Industrial Revolutions, which amplified patterns of disconnection. Split off from nature and from each other, westerners evolved with a sense of anomie and antagonism toward nature.

In Lent’s narrative, the current ecological crisis, the modern culture of consumerism, and the current global rush towards catastrophe can all be traced to metaphors first sprung on ancient PIE pastures.

The question is this: Can westerners envision a fundamental shift in our relation to others and to nature? Lent proposes the Neo-Confucian framework based on the coherence and interdependence of all things as a useful antidote for our descent into ever-steeper inequality and environmental degradation — a mindset he combines with developments in systems biology, complexity science and neuroscience which he call “liology,” after the Chinese word for the organizing principles of living things, “li.” He points to such a pattern germinating in the systems worldview launched by mathematician and meteorologist Edward Lorenz, who famously observed that a tiny change of input like the flap of a butterfly’s wings in Brazil could set off a tornado in Texas — an observation that challenges a more fixed, mechanical view of nature.

For Lent, the systems way of thinking leads to the possibility of seeing the universe as a web of meaning in which everything is intrinsically linked. In a recent exchange, he explained to me that in this sense, “the very idea of meaning emerges from the network of connectedness in life.” This is something that ordinary people can engage in by “shedding the layers of conditioning we receive from our cultural bombardment and reconnecting with our intrinsic human intuition and experience.” In his book, he points to Ming Dynasty philosopher Wang Yang-Ming’s notion that the understanding of interdependence is embedded in human nature and available to everyone, a perspective Lent describes as the “democratization of sagehood.”

Through this lens, humans approach life as participants. We move from self-interest to whole-interest.

Which brings us to the current global economic system, founded on the premise that self-interested actors produce the best results for society. That’s a metaphor we have to drop, warns Lent, if we are to keep our shared humanity, and along with the pursuit of endless material growth and the obsession with conquering nature. Ideas about “green growth” are just fantasies in this context, unless we prioritize the health of living systems. He described to me his skepticism that capitalism in its current form can be consistent with long-term human flourishing on the planet, a view outlined in his article, “We Need An Ecological Civilization Before It’s too Late.” (A similar view was recently expressed by economist Servaas Storm, who argues that deregulated financial markets are inimical to averting climate disaster).

Time for change may be running short. Lent notes that while other great transformations in history took generations to unfold, we can’t afford to wait that long. Technology, policy, and science are necessary but insufficient to solve global problems when viewed through a distorted cultural lens. He proposes a new lens informed by three core values: an emphasis on quality of life rather than material possessions and economic output; a focus on our shared humanity; and a commitment to environmental sustainability.

To the charge that this all sounds romantic, Lent offers several historical examples, such as the abolitionist movement and the environmental movement sparked by Rachel Carson with her book, Silent Spring, as cases in which a change of thinking among small groups of people had far-reaching results. He perceives a new, shared understanding of fairness and sustainability already underway, if recent surveys in which majorities of people favor less inequality and a more harmonious approach to nature are to be believed. He envisions a world in which the United Nations could take on powers to enforce responsible approaches to global commons and hold corporations accountable.

Lent notes that the patterns we inherit may strongly influence the way we think, but they aren’t determinative. With cognitively flexibility, we can shed our old patterns and propel ourselves into a new phase in which the future is up for grabs. Neuroscientists have discovered that the human brain is plastic, observes Lent, and the same is true of human culture.

In his poem “Tintern Abbey,” moonlighter William Wordsworth offers a glimpse of how such a change might feel:

And I have felt

A presence that disturbs me with joy

Of elevated thoughts; a sense sublime

Of something far more deeply interfused,

Whose dwelling is the light of setting suns,

And the round ocean and the living air,

And the blue sky, and in the mind of man;

A motion and a spirit, that impels

All thinking things, all objects of thought,

And rolls through all things.

On the eve of destruction, it surely seems worth considering.