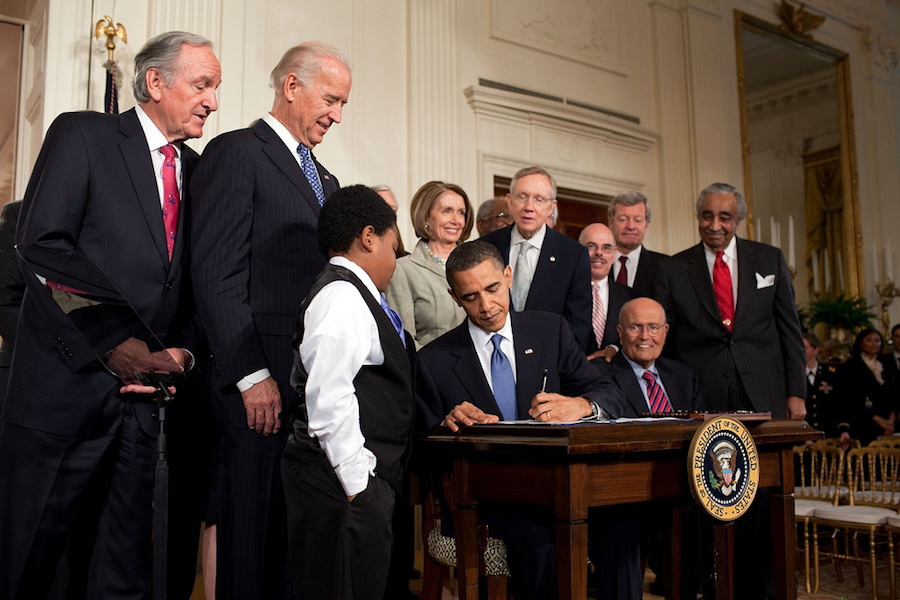 The Affordable Care Act (ACA), which President-elect Donald Trump and the Republican-controlled Congress have vowed to repeal, was crafted to overcome two basic problems in the provision of health care in the United States. First, the costs are incredibly skewed, with just 10 percent of patients accounting for almost two thirds of the nation’s healthcare spending. The other problem is asymmetric information: Patients have far more knowledge about the state of their own health than insurers do. This means that the people with the largest costs are the ones most likely to sign up for insurance. These two problems make it impossible to get to universal coverage under a purely market-based system.

The problem with the skewing of health care costs is that while most people’s health spending is relatively limited, it remains very expensive to provide care for the costliest 10 percent. The Centers for Medicare and Medicaid Services projects that per capita spending on health care in the US will average $10,800 in 2017. But the cost for the most expensive 10 percent of patients will average $54,000 per person, compared to an average of just $6,000 for everyone else. The cost for the healthiest 50 percent of patients averages under $700 per person.

Covering the least costly 90 percent of patients is manageable, but the cost of covering the least healthy 10 percent is exorbitant. Very few people could afford to pay $54,000 a year for an individual insurance policy. Furthermore, if insurers were to set their premiums in accordance with overall averages, they could anticipate a skewed patient pool. The more healthy half of the population, with average costs of less than $700 a year, would either limit their insurance to catastrophic plans that only cover very expensive medical care, or go without insurance altogether.

This would leave insurers with a less healthy pool of patients, the treatment costs for which would drive them to raise their premiums. This leads to a death spiral of rising premiums and fewer insurees or, alternatively, a situation where insurers deny coverage to patients with pre-existing conditions. Either way, the people who most need insurance will be unable to get it.

The ACA gets around this problem by requiring that everyone buy insurance — a mandate that allows people with serious health problems to get insurance at a reasonably affordable price. Since many people cannot afford an insurance policy even if it’s based on average costs, the ACA also provided subsidies to low and moderate income people. It pays for the subsidies primarily through a tax on the wealthiest households, those with incomes over $200,000.

Thus far, the ACA has actually worked better than expected in most respects. The number of uninsured actually dropped somewhat more than had been projected, despite the fact that a number of states controlled by Republican governors and/or legislatures opted not to expand Medicaid as had been required in the measure passed by Congress. The cost of the program has also been less than projected as health care cost growth has slowed sharply in recent years. The ACA likely contributed to slower cost growth, although that slowdown preceded the ACA, so other factors are clearly involved.

Insofar as the ACA has run into problems, those have been attributable to too few healthy people in the health care exchanges, and too little competition among insurers. Many commentators have wrongly blamed the problem in the exchanges on a failure of young healthy people to sign up for insurance. This is not the cause of the problem, since more people are getting insured than had been projected. The reason fewer healthy people are showing up on the exchanges is that fewer employers dropped insurance than had been projected. The problem this creates for the exchanges is that people who get insurance through an employer mostly work at full-time jobs, and people who are able to work at full-time jobs are healthier than the population as whole. By continuing to provide insurance for their workers despite the ACA, employers are effectively keeping healthy people out of the exchanges.

The other problem with the exchanges has been limited competition, as many insurers have dropped out after the first few years. The loss of competition has meant higher prices. This could have been addressed in part by offering a public plan through Medicare or Medicaid, as President Obama had originally proposed. Obama dropped this part of the plan in the face of opposition from the insurance industry, but reinstating it would increase competition in the exchanges.

At this point it is not clear what the Republicans envision as a replacement for the ACA if they go through with their plans to repeal the program. Most immediately, repeal would mean a large tax cut for the country’s wealthiest households, since it would eliminate the taxes that were put in place to pay for the subsidies. A report from the Center for Budget and Policy Priorities estimated that the 400 richest households would get a tax cut averaging $7 million a year. CBO puts the total tax savings to the wealthy from eliminating these ACA taxes at $35 billion a year over the next decade.

The repeal of the ACA would also end the labor-market benefits of Obamacare. With workers no longer dependent on employers for insurance, there has been a jump of 2.4 million in the number of people choosing to work part-time. These new part-timers have been disproportionately young parents and workers slightly too young to qualify for Medicare.

One way to make insurance more affordable would be to reduce the costs of the health care system as a whole. Americans pay twice as much per person as people in other wealthy countries, with few obvious benefits in terms of outcomes. But such cost cutting would mean reducing the incomes of drug companies, doctors, and insurance companies — the big winners under the current system. It seems unlikely the Republicans will go this route. They are more likely to restore a version of the pre-ACA situation, in which many more people are uninsured and most workers know that their insurance is only as secure as their job. 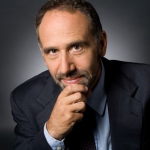