The Bank for International Settlements Looks Through the Financial Cycle 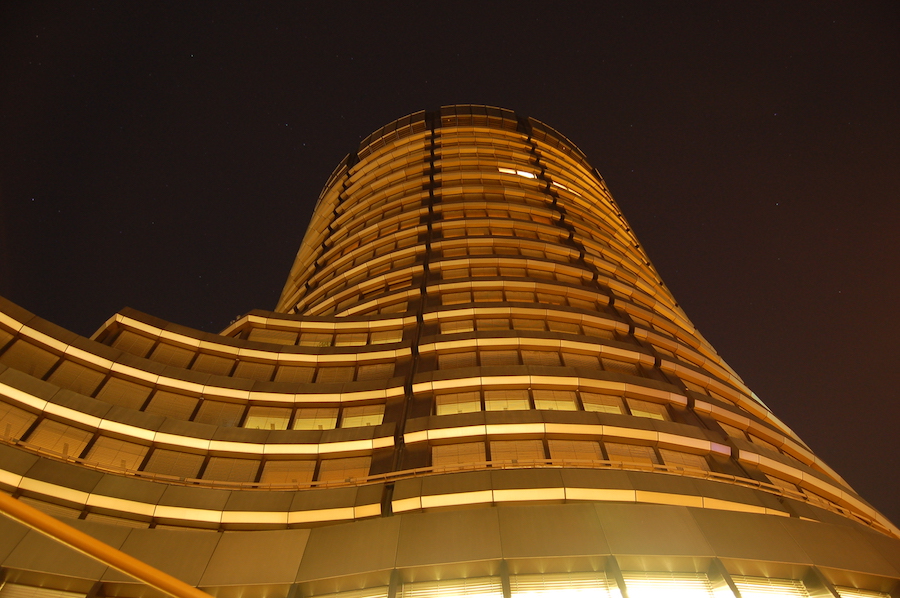 The BIS offers a comprehensive picture of the state of the world economy, and of dysfunctional policies holding it back

“I wouldn’t start from here,” the BIS never says explicitly in its recent Annual Report, but nevertheless it goes on to paint a rather comprehensive and compelling picture of a possible future toward which they think we should be trying to head, and of the present dysfunctional economic policies that are daily making it harder to achieve that possible future.

As always, the BIS is relentlessly empirical, and worth reading just for that. But, for me, the biggest value added is, perhaps surprisingly, the analytical architecture on which all this rich empirical work is hung. Here is how they put it (on page 11):

It is tempting to look at the global economy over time as a set of unrelated frames – or, in economists’ parlance, as a series of unexpected shocks that buffet it about. But a more revealing approach may be to look at it as a movie, with clearly related scenes.

Second, but also centrally important, the BIS “movie” is fundamentally global. Financial markets are global (Ch. II) and so is the real economy (Ch. III). Spillovers and spillbacks between the advanced economies and the emerging market economies are of the essence, not second order.

Third, the BIS “movie” is fundamentally dollar-centric. The USD is the dominant funding currency more or less everywhere (p. 57), and the fact that non-dollar economies are funding in dollars is of the essence for understanding the dynamics of the present financial cycle which, they warn, seems to have reached an inflection point.

We know how the movie ended for the last financial cycle, with the global financial crisis of 2007-2009. And we know how that movie started also, with an asset bubble fueled by the Great Moderation. The great tragedy is that, in our subsequent attempt to respond to the crisis–with quantitative easing and now negative policy rates–we have in large part been fueling another asset bubble. We should know by now how that movie ends.

But apparently we don’t, and the reason we don’t is that some of us, the academics among us, have been watching a different movie. That movie has led us to think that the problem is secular stagnation, and that the solution is aggregate demand stimulus. That’s why the very expansionary monetary policy by the issuer of USD, which has spilled over to the rest of the world, which has responded with its own very expansionary monetary policy. And away we go with a massive expansion of private credit globally, much of it in the emerging market economies and much of it dollar-denominated.

From the BIS point of view, this policy response has made the underlying problem worse, not better. For the real economy, financial booms are a problem because they tend to cause misallocation of resources (capital and labor both) excessively into the boom sectors, which misallocation shows up later as slow productivity growth. And for the financial economy, booms are a problem because they bust. The bust is thus coming, although we can’t say exactly when, and this time we face it with very much reduced policy space, especially monetary policy space. “I wouldn’t start from here,” the BIS never says explicitly, but of course here is exactly where we must start.

In such conditions, it is vital to fix firmly a vision of where we are trying to go. That’s why the BIS puts so much emphasis on the “macro-financial stability framework.” For them, the central goal must be to get the global financial cycle under control. Ending the “doom loop” that links public debt and private banks is one piece of that (Ch. V), but the main cause of the cycle is private debt and so that is what must be tackled. Indeed, that is the centrally important function of central banking–financial stability, not just price stability.

How exactly are actually existing central banks supposed to deliver financial stability? The idea seems to be that they should “lean against the wind” of the financial cycle, by tightening more during booms. The pre-crisis orthodoxy of inflation targeting suggested the existence of an inflation-neutral “natural rate” of interest, and the Taylor Rule for optimally shifting policy rates in response to external shocks. The lesson of the crisis, according to the BIS, is that we need to replace that orthodoxy with a “finance-neutral natural rate” instead, in order to lean against the wind of the financial cycle.

At present, according to BIS calculation, the finance-neutral natural rate is positive, even as the realized real rate of interest is negative (p. 79). Monetary policy is thus presently leaning with the wind, not against it, so amplifying instability. That’s the bad news.

The good news is that banks (at least some of them) are safer, having recapitalized as part of the Basel III reform process:

So maybe we will be able to ride out the coming volatility.

But that hope is somewhat at odds with the evidence presented elsewhere on cross-currency basis swap prices and dollar interest rate swap spreads (p. 40). Sure, maybe the driver of these anomalous prices is “record demand for dollar fund-raising via swaps” (p. 41), and maybe some of that demand is driven by global interest rate misalignment. And maybe the prices are not so anomalous anyway, just the way that markets are finding to price liquidity now that central banks are no longer giving it away for free. But it does seem that “limits to arbitrage” must be part of the story at least.

It is clear that the BIS expects the next downturn to be led by an EME private credit crunch, as dollar appreciation undermines credit-worthiness of private corporations which have borrowed in dollars but swapped into local currencies (a kind of arbitrage that picks up the cross-currency basis, BTW). For EME countries, this “risk-taking channel” of exchange rate transmission looms much larger than the traditional “trade channel”, and it serves as an amplifier of global instability.

Maybe that’s the movie we are in, but I would observe that it is a different movie from the last one, which was driven more by developments in the advanced economies. So we really can’t know in any detail how this movie ends. The only way to know is to keep watching, until “the future becomes today.” One thing is for sure, “after so many years of exceptional accommodation and growing financial market dependence on central banks, the road ahead is bound to be bumpy.”