Stock Buybacks Stand in the Way of Biden’s Infrastructure Plan 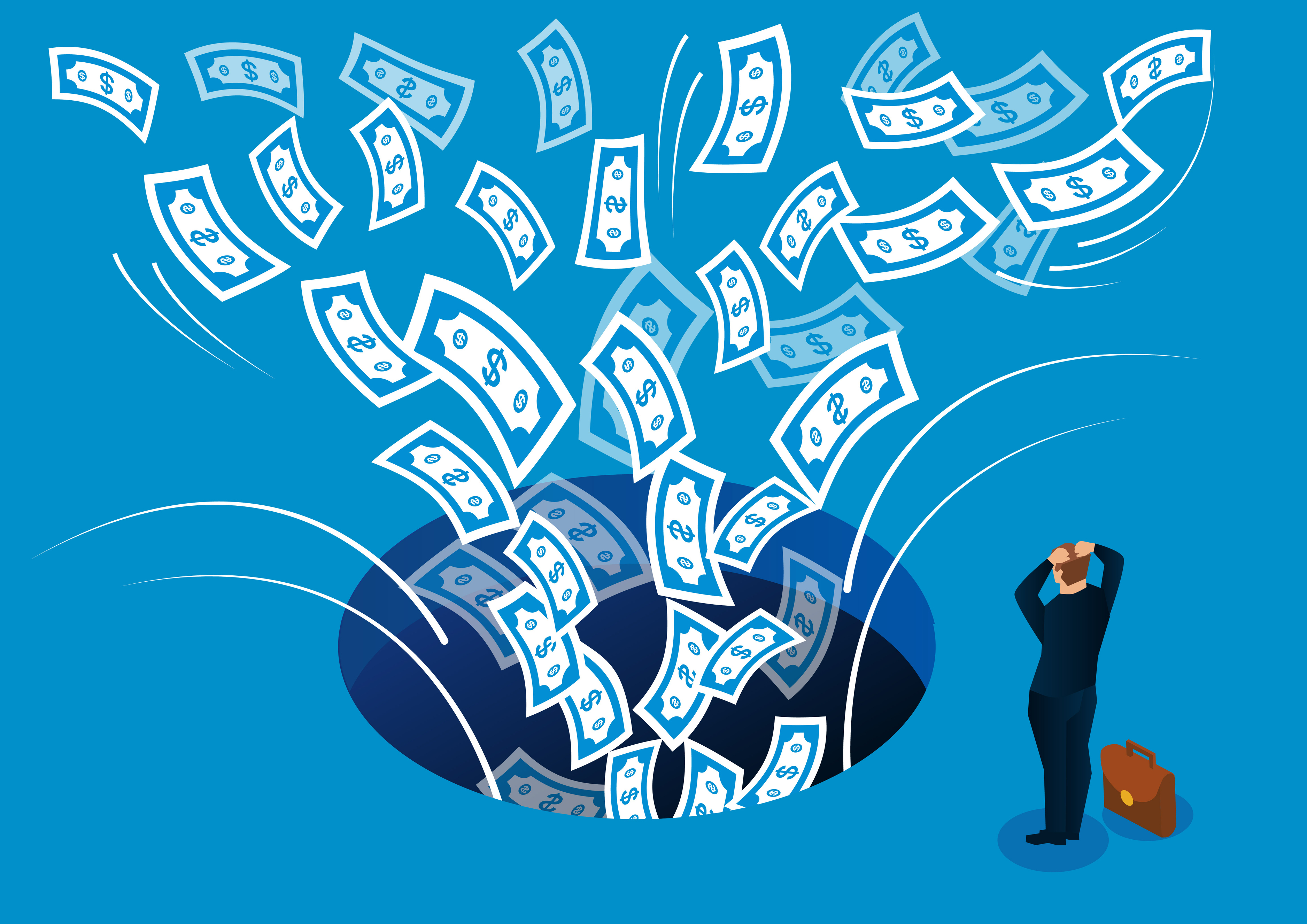 Hedge fund managers are pushing American firms to play Wall Street games instead of investing in technologies of the future. China doesn’t have that problem.

President Biden’s $2 trillion infrastructure and climate proposal has a lot of people excited, and no wonder. Americans are sick of being stuck with frazzled electric grids, foul drinking water, falling bridges, far too many left out of prosperity, and feeling that the country’s global status is suffering.

On March 31st, President Biden described his vision to carpenters at a training facility in Pittsburgh: “It’s going to boost America’s innovative edge in markets where global leadership is up for grabs—markets like battery technology, biotechnology, computer chips, clean energy, the competition with China in particular.”

Sounds great! But according to economist William Lazonick, a leading expert on business innovation, we can’t get there without first dealing with how Wall Street billionaires are allowed to call the shots for American businesses. Right now, large, capable companies like GE and Intel – companies that could be mobilized to help achieve the laudable goals of Biden’s plan — are getting their marching orders from hedge fund predators looking to make a quick buck. The interests of these financiers don’t align with what firms need to be doing to achieve large-scale, long-term goals, like competing with China on clean energy.

In Lazonick’s view, any company that gets taxpayer-funded subsidies to partner with the Biden administration on an infrastructure and climate plan should be focused on ramping up its capabilities and delivering the products America needs, not playing Wall Street casino games for the benefit of wealthy hedge fund managers and executives.

“Shareholder value theory” held that the sole purpose of a company is to make money for its shareholders. Never mind its products, customers, or employees. Forget about the firm’s long-term health, or heaven forbid, contributing something useful to society. Nope—a company existed only to shovel money to shareholders as fast as possible. Full stop, end of story.

This myopic mentality resulted in big firms losing interest in doing things like investing in R&D, building manufacturing plants, or using profits to attract and retain the best talent. Nowadays, whenever they try these things, a set of Wall Street predators stands poised and ready to attack them.

These predators are known as “shareholder activists” and they’re the descendants of the corporate raiders of yesterday. Usually they are hedge fund managers seeking high yields for clients. Their modus operandi is to buy up shares of a company’s stock, pressure the management to jack up the stock price by any means necessary, then dump the stock, make a cool profit on the turnaround, and move on to the next target. It’s quick and dirty.

Certainly these hedge fund activists aren’t interested in a CEO’s dreams to build technology for the future. They are fixated on the short-term, and their favorite way to inflate a company’s stock price quickly is to force it to buy outstanding shares of its own stock – a trick known as a “stock buyback.” When a company does this, the number of shares is reduced and the price of each individual share goes up – not because the company has announced a great new product or a good business plan, but simply because there are fewer shares. It’s an illusion, but it can make certain people rich in the short-term. Hint: you and I are not those people.

The use of stock buybacks for stock price manipulation used to be unlawful. But in 1982, enter Ronald Reagan and his Wall Street-friendly cohorts. They handed companies what Lazonick calls “a license to loot.” The ‘80s was the time when people started accepting the “Greed is Good” mentality reflected in Oliver Stone’s iconic movie, “Wall Street” – an attitude that has helped stoke many societal and economic problems, including the worst rates of inequality the country has ever seen.

Stock buybacks are as dated and ugly as neon Spandex, and should have been left behind in the go-go 80s. But instead, they are still happening everywhere and taking an increasingly alarming toll on American firms’ ability to do anything useful.

The reason this matters to Biden’s proposal is that the government can’t make things like batteries for electric cars or semiconductors out of thin air. It has to collaborate with companies that have the deep know-how and the substantial resources to develop these complicated and cutting-edge technologies.

Take, for example, GE. Now, here’s a company that knows all about producing electric power systems. A venerable American firm like this should be ready to team up with the Biden administration, to make batteries for the electric vehicle market, for example, one of the President’s stated priorities. But that’s unlikely because of a billionaire hedge fund manager named Nelson Peltz, who started to buy shares of GE back in 2015. GE was already doing stock buybacks at that time – the practice had become so expected that companies were doing them preemptively just to keep hedge fund activists from targeting them — and the senior executives didn’t mind the boosts to their stock-based pay. But GE’s longstanding CEO Jeffrey Immelt still wanted to invest in technology and renewables that would pay off in the future.

Peltz wasn’t having it and told Immelt to do even bigger stock buybacks so Peltz could double his money. GE was prevented from focusing on its current businesses, much less investing in the technologies of the future. Today, the company is limping along, selling off pieces of itself instead of investing in climate change-fighting batteries or other renewable-energy technologies.

Then there’s Intel, the designer and manufacturer of semiconductor chips – those amazing chips that sit inside almost every electronic product these days, from cell phones to cars. They are particularly critical for clean technology, critical to computers used for clean energy grids and to electric vehicles.

California-based Intel is a hugely important company, a pioneer in chip fabrication and still one of the few firms in the world that not only designs chips, but makes them, too.

Manufacturing chips is extremely expensive, so Intel has been making huge capital investments to stay in the chip fabrication game. Unfortunately, it has gotten caught up in the stock buyback game, too, doing $39 billion in buybacks in 2018-2020, in large part to keep hedge fund activists off its back. But they came anyway, seeing Intel’s use of cash to upgrade its fabrication capabilities as a waste of money. Billionaire Daniel Loeb, head of Third Point, a New York-based hedge fund, bought about $50 million in Intel stock on the market—0.02% of the company’s outstanding shares—and pushed Intel’s board to split off the chip manufacturing operation from its design business. This would basically be the end of Intel’s proud claim of being America’s leading integrated semiconductor maker.

Loeb is continuing to pressure Intel to do more buybacks, so, just like GE, Intel may lose its status as a world industry leader. Lazonick predicts that its fabrication business may very well end up getting bought by a Taiwanese company. And there’s no American company that can replace it.

Guess which country is not hampered by stock buybacks? That would be China. Companies like Huawei don’t do buybacks and are able to spend billions in profits on cutting-edge technology instead of making sure some guy on Wall Street can buy a superyacht.

As Lazonick sees it, Biden’s goal of competing with China for leadership in industries like computer chips or clean energy is a non-starter as long as stock buybacks continue.

“Biden is open to the buyback issue,” Lazonick notes, “but with the exception of a few people, like Senator Tammy Baldwin of Wisconsin, who has called for a ban on stock buybacks, few advisers around him truly understand the problem.” Lazonick adds that the Biden administration ought to put down some rules for companies it partners with on any infrastructure and climate plan. As he sees it, if they are going to get taxpayer money, then they shouldn’t be doing buybacks while they have a government contract, period. Furthermore, there should be a ban on company insiders selling their stock as long as they are getting subsidized, because it creates conflicts of interest. “You don’t get to cash out during the duration of the contract,” Lazonick explains.

Large government projects face plenty of hurdles moving from conception to construction and operations. Making sure that the taxpayers get their money’s worth out of the large companies the government must partner with to design, produce, and implement various parts of the plan is one of them. In Lazonick’s view, it’s time to blow the whistle on stock buybacks that waste resources and do not reflect sound business practices.

You can’t achieve a great leap into the future with billions in buybacks dragging you down.