Star Trek or The Matrix? Varoufakis's Challenge to Economics 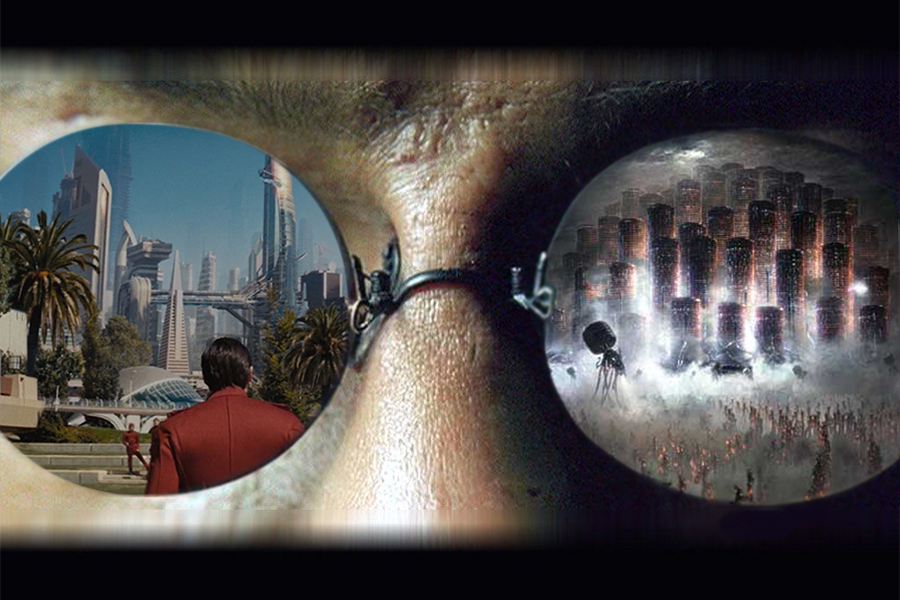 Yanis Varoufakis’ first meeting with the Troika of Greece’s creditors revealed what he believes is a perilous disdain among top economic decision-makers for the democratic process. The then-Finance Minister arrived armed with tables and graphs to make what he believed was a self-evident case that the austerity program imposed on Athens was untenable and unsustainable, and would therefore not produce desirable results for Greece or for its creditors. As the representative of a leftist government elected on a promise to restructure the austerity program, Varoufakis was aware of the need for a moderate tone to alleviate fears that he was a wild-eyed radical, and he readily acknowledged the need for continuity with terms agreed by the previous Greek administration. But he hoped to persuade the Troika to balance those obligations with the desire of the Greek electorate for a sustainable plan that offered them more than permanent penury.

For Varoufakis, the encounter with Schäuble signaled that neoliberal economic managers no longer even pretended to support the principle of democracy. As a result, he argued, Greece was facing dogmatic enforcement of an austerity program whose effects would likely preclude it recovering sufficiently to repay its debts. And more broadly, the future of European capitalism was in growing jeopardy amid rising electoral discontent.

Speaking Monday at New York City’s New School on the future of capitalism and democracy, Varoufakis distinguished between ancient Athenian democracy — which gave equal weight to the views expressed by (admittedly only male) citizens regardless of the wealth they possessed — and its modern form. The latter, he said, had historically been shaped by systems of economic inequality. The Magna Carta, he noted, negotiated the rights of the barons to prevent the king from poaching their serfs — “a social contract between lords and the monarch.”

Eventually, those lords were replaced by merchants and industrialists, and later still, organized labor demanded its own say. “The modern state emerged as a mechanism for regulation class conflict,” he said. “That is liberal democracy.”

The assumption that capitalism is innately linked to liberal democracy is of recent vintage, Varoufakis contended. He noted that classical economic thinkers — Smith, Ricardo, Marx, and Schumpeter — all focused on the process of the commoditization of everything, including human beings, a notion that he suggested did not bode well for democratic practices. The ideological cover for this concept, today, was “the illusion of apolitical, ahistorical, mathematized economics.”

Economists see themselves as scientists who have no need for history — after all, aren’t past scientific models full of errors? But economics is not a science, Varoufakis explained. Unlike in physics, where the latest textbook offers knowledge more advanced than its predecessors did, economists seem to have a knack for ignoring past truths, a phenomenon particularly apparent in treatments of capitalism.

Today’s economic models not only can’t deal with democracy, but they have become embedded in economic behavior, influencing economic actors, policy makers, and elected officials. He warned that policies derived from the impulse of orthodox economics to reduce human beings into elastic, mechanized inputs threatened capitalism’s future: It destroys human creativity and freedom, which (among other things) generates new ideas and technologies that drive productivity and creates profits for capital.

Paradoxes abound: the more capitalism succeeds in commodifying human beings, the worse things become for capitalism — powerless and poor, their buying power is degraded, and with it, aggregate demand.

And the failure to respond to human need expressed through democratic politics — as he experienced in his dealings with the Troika — threatens to spur citizen rebellions against the system.

Varoufakis cited economist Kenneth Arrow — whose impossibility theorem (also known as social-choice theory) shows the impossibility of fully determining a common will while using a set of fair and democratic procedures— to argue that democracy, messy it may be, remains the best path. Edicts from technocrats, no matter how smart and well-meaning, will not reflect the interests of the people. “Democracy is dialectic,” explained Varoufakis, “a system for people who are not sure about what they think. They are not sure about what is good for society.” They argue, debate, and take from each other’s positions to modify their own.

But capitalism hasn’t always worked well with democracy. Just as the notion of hell was essential to achieving obedience to the tenets of Christianity in the middle ages, quipped Varoufakis, so it is the brute force of the state that ensures compliance with the rules of capitalism.

The United States Constitution, he argued, was designed to keep the poor away from the levers of power, while legitimizing the system through their participation. “Democracy was to be used in name in order to be breached in substance,” he said, and served to keep capitalism out of crisis without having to really give the poor much power.

Crises came anyway. The Great Depression sufficiently shocked elites into creating the Bretton Woods system, an international financial system predicated on an imperial American role that, together with the Marshall Plan, laid the foundation of postwar capitalist expansion. But the golden era of capitalism didn’t last. As U.S. hegemony declined, cracks in the system appeared and widened. Global financial markets became imbalanced and storms of mounting amplitude followed. Eventually, deregulation and financialization turned corporations like GM into “financial companies that produce a few cars on the side.” The Great Recession, as Varoufakis saw it, has signaled citizens that their economies are not functioning, and neither are their political systems.

“The world we live in is rudderless, in a slow-burning recession,” he said, referring what some have called ‘secular stagnation.’ Varoufakis rejected further lending to Greece if the current austerity program cannot be modified or reversed. Continued austerity makes it impossible for Greece to grow, which means that paying off new debts would only be possible through further austerity and cuts in public budgets, which will drive the economy deeper into recession. For Varoufakis, this counterproductive policy ignores lessons from Europe’s recovery after World War II, including forgiving German debt in 1953.

The Eurozone remains dominated by policies that make debt repayment, rather than growth, the central focus of policy makers. For Varoufakis, this underscores the bankrupt nature of much current economic thinking, ignoring alternative analyses of the crisis and alternative ideas for addressing it, including both debt relief and fiscal stimulus rather than austerity.

Varoufakis argued that blocking of sensible economic policy feeds the electoral success of new, left parties in Greece and Spain, but also the rise of authoritarian right-wing movements in a worrisome echo of the 1930s. This polarization also can be seen in the United States, with the electoral success of Bernie Sanders but also Donald Trump. And if decision-making power continues to moves into “democracy-free zones” such as the European Union or private corporations, the more polarized the political future appears, with attendant opportunities and risks.

In a burst of pop culture flair, Varoufakis predicted that when machines have passed the Turing Test, when you can no longer tell if the person on the phone is a human or a computer, and when 3-D printers can spit out whatever object you need, the logic of capitalism will break down. “At this stage,” he warned, “humanity will face a juncture.” Either we end up with a Star Trek-like utopia where we harness technology and use its wealth-producing capacity for the common good, or we get The Matrix, a dystopia in which the miserable masses have their energy sucked out of them by unseen forces and are fed illusions to keep them quiet. Eventually even the elites will become servants to the machine.

The antidote to that outcome, Varoufakis argued, is a robust democracy in the Athenian vein, one that reflects the voices of and serves all the people, whether they have money or not.

*Varoufakis’s new book, ” And the Weak Suffer What They Must? Europe’s Crisis and America’s Future” was released on April 12.