Special Drawing Rights and Elasticity in the International Monetary System

How could the new SDR allocation help developing countries?

The Special Drawing Rights (SDR) system was designed in the 1960s as a mechanism to redistribute foreign exchange reserves within the Bretton Woods System. The new SDR allocation of August 2021 is an attempt to harness it to provide more elasticity in the international monetary system and to help Emerging Market Economies (EMEs) and Least Developed Countries (LDCs) address post-pandemic debt problems. In our new INET Working Paper, we comprehensively explore the SDR system’s idiosyncratic accounting rules, analyze how the system has been practically used throughout the last three decades, and discuss the potential of the new SDR allocation to help EMEs and LDCs.

August 2021 saw the largest allocation of SDRs in the history of the International Monetary Fund (IMF), which increased the total stock of SDR allocation by 650 billion USD to nearly 1 trillion USD. Yet discussions of how this allocation is to be used to counter the financial consequences of the Covid-19 pandemic have just begun. The ultimate goal is to allow countries to use these funds to reap maximum economic benefits while ensuring that these newly borrowed funds do not exacerbate existing problems of indebtedness in EMEs and LDCs.

A very brief overview of the SDR system: A search for elasticity

Created in 1969 to supply supplementary international reserve assets in the later years of the crisis-ridden Bretton Woods System, the express goal of the SDR system was to provide an accounting mechanism between the IMF and its member states that would correct some of the shortcomings of the USD-gold standard. The aim was to redistribute currency reserves and to enhance the lending capacity of the IMF by economizing on gold and USD-denominated instruments, thereby creating more elasticity in the IMS.

As a result, the SDR system was designed as a closely circumscribed payment system organized around the IMF and open to all member states, administered by the SDR Department. Today, this system has exactly 206 members. First, one institution of each IMF member state, called ‘Participant’; second, the IMF itself, represented by the General Resource Account (GRA); and third, a group of fifteen ‘Prescribed Holders’ including multilateral development banks and intergovernmental monetary institutions such as the Bank for International Settlement (BIS) and the European Central Bank (ECB).

The SDR system was constructed around idiosyncratic accounting rules which may legitimately be called ‘financial engineering’, long before the term became fashionable. Today, there are two types of SDR instruments—‘SDR holdings’ (a tradable asset) and ‘SDR allocation’ (a non-tradable liability). These are neither non-interest-bearing ‘outside money,’ such as gold, nor are they pure interest-bearing credit or ‘inside money,’ such as drawings under IMF quotas. A new SDR allocation may look like a form of money creation as Participants’ balance sheets expand. However, as any transaction of SDR holdings leads to future interest payments, any usage of SDR holdings is just a special type of loan. SDR holdings can be used (i.e. borrowed) in exchange for usable currency or as a direct form of payment within the SDR system. In this way, the very nature of the SDR system limited the ability to add elasticity to the international monetary system as real financial costs have to be borne in order to make use of the system.

Increasing elasticity for EMEs and LDCs with post-pandemic debt problems

The ability to borrow usable currencies via the SDR system can help EMEs and LDCs confronted with the economic fallout from the Covid-19 pandemic and post-pandemic debt sustainability problems. The reason is that the SDR interest rate—determined as the weighted average interest rate of the basket currencies—is substantially lower than the rates EMEs and LDCs would typically face on private markets. SDR holdings thus can help central banks that face acute liquidity problems but do not have access to other emergency liquidity arrangements, such as central bank swap lines.

In addition, given currently low interest rates, EMEs and LDCs can potentially use the SDR system to restructure their public debts. Three channels are imaginable in this regard. First, the increase in FX reserves resulting from the new SDR allocation may increase private investor confidence regarding the sustainability of a country’s debt position. Second, central banks can convert SDR holdings into usable currency to refinance sovereign debt that is becoming due or purchase previously issued sovereign debt on the secondary market, potentially even at a discount to face value. This would require the cooperation of some commercial banking institution, due to access and pricing dynamics. Third, some EME or LDC central banks may even be in the position to sell SDR holdings and pass on the newly acquired usable currency to the treasury department, which can use these funds instead of issuing new sovereign bonds.

It is thus clearly the case that, at least in the short term, the SDR system does offer some further policy space to EMEs and LDCs who are struggling with acute liquidity problems.

Borrowing usable currency via the SDR system comes with interest rate and exchange rate risks. Key Advanced Economies (AEs) such as the US and the EU have experienced historically low interest rates for the last 15 years. If these were to rise again in the future, EMEs and LDCs that have used the SDR system to get a perpetual maturity loan as a cheap financing tool will find themselves once again trapped by rising interest expenditures. This will subject them to the global financial cycle rather than shield them from private market dynamics. In addition, any repayments of SDR holdings must occur in usable currencies. If the exchange rate of a country’s currency vis-à-vis the USD or other basket currencies depreciates, the refinancing will become more difficult.

Ultimately, the extent to which the SDR system can provide usable currency to EMEs and LDCs is also more limited than may appear at first sight. Even though there are now nearly 1 trillion USD of SDR holdings available, the IMF cannot demand from rich countries to provide anything near that in usable currency. This limit currently stands at 328bn USD, meaning that the difference between the total SDR allocation and the amount that can be converted into usable currency remains substantial.

The voluntary channeling of SDR holdings: Searching for yet more elasticity

Together with the new SDR allocation, the idea of ‘voluntary channeling’ has gained traction. Voluntary channeling is meant to remedy the problem that AEs receive the majority of any allocation while only a small fraction goes to EMEs and LDCs. However, voluntary channeling is an intricate concept. As the transfer of Participants’ SDR allocation (a liability) is not possible under current rules, a possibility within the existing accounting rules could be for AEs to pass on SDR holdings as a gift to LDCs. Yet, this would entail a real wealth transfer as the AE would face perpetual future interest outflows and the LDC corresponding future interest inflows.

Current discussions about voluntary channeling focus on ways for AEs to shift parts of their SDR holdings to EMEs and LDCs via IMF-sponsored Trusts. To date, three such Trusts exist: the larger Poverty Reduction and Growth Trust (PRGT) and two smaller Trusts — The Trust for Special Poverty Reduction and Growth Operations for the Heavily Indebted Poor Countries (PRG-HIPC) and The Catastrophe Containment and Relief Trust (CCRT). All Trusts rely on AEs and Prescribed Holders to provide financing which the Trusts lend on to provide concessionary lending or debt relief to EMEs and LDCs. Some current proposals focus on the PRGT and suggest expanding its lending power. Other suggestions foresee the creation of a new Resilience and Sustainability Trust (RST) which could not only tackle post-pandemic debt problems but also contribute to financing the Green Transition.

This search for elasticity, however, runs into problems of financing. Trusts are inherently designed to have a financing gap and make losses that somehow need to be covered. As the SDR system itself cannot provide this financing, the increased SDR allocation is not in itself a step forward to solve the problem. Instead, ways must be found for such programs to be funded. Some proposals suggest that the IMF sell part of its gold holdings. Others advocate a further expansion of the so-called subsidy fund to which AEs can donate. Another idea is that multilateral development banks could play a larger role in the SDR system by receiving SDR holdings as ‘capital contributions’ through which they lever up their lending capacity by borrowing in private markets—but there remain substantial legal questions surrounding the practice of using SDR holdings as equity capital.

To wit, in all of these considerations, the SDR system is being explored as a way to provide further elasticity to the IMS but these considerations always end up running into the limitations encapsulated by the original accounting rules. Given the credit nature of an SDR transaction, all transactions necessarily involve wealth transfers. It is also the case that the burden of repayment for EME and LDC debt is shifted to an uncertain future. Arguably, the more promising idea would be to use the new SDR allocation for further debt-forgiveness which has been pursued via the PRG-HIPC Trust. However, the experience of the PRG-HIPC Trust suggests that this process may not be possible at scale as even small interventions have been met with numerous lawsuits by private financial firms.

A shift towards more concessionary lending without conditionalities?

Within the IMF, the question of providing elasticity plays itself out through the terms by which EME or LDC can borrow within the structures of the IMF. These different terms encompass the question of whether to offer concessionary rates, whether to make stipulations on how to use the borrowed funds, and whether to require EMEs and LDCs to submit to cumbersome, if not painful, conditionalities as a prerequisite for receiving funds. 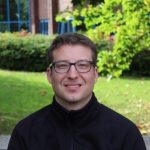 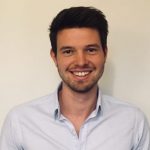 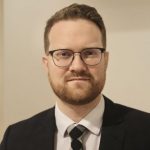