Reflexivity Between Micro and Macroeconomics

At the 2015 annual meeting of the American Economic Association (AEA) in Boston, the Institute for New Economic Thinking had an invited session on the theme of “Thriving through Balance.” The session, chaired by Institute President Robert Johnson and organized by Dennis J. Snower, explored the economic implications of the insight that people thrive when they are in a state of balance - in particular, a balance between meeting the needs of the individual and the community, between economic and social motivations, between self-regard and nurturing, and between the private-sphere and the public-sphere goals. Though these issues have been recognized as highly important in other disciplines, they have been ignored in mainstream economics thus far.


The AEA session contained papers by George Akerlof, Joseph Stiglitz, Herbert Gintis, and a paper by Steven Bosworth, Tania Singer and Dennis Snower. A common theme of the paper was that “balance” in the above senses can be investigated through the reflexive relation between individual decisions and social forces. The individual decisions, in aggregate, give rise to social forces which, in turn, affect the goals of individual decisions and the intensity with which they are pursued. This fundamental form of reflexivity is absent in mainstream economics, which examines the microfoundations of macroeconomics, but not the macrofoundations of microeconomics.

A major reason for this omission is that mainstream analysis ignores the economic influence of social groups. (Since microeconomics deals with individuals whereas macroeconomics deals with economies, social groups get left out.) Furthermore, preferences are ascribed wholly to individuals, as if they were hard-wired in individual brains. By contrast, the session explored various channels whereby social groups shape the preferences of individuals, whose individual decisions in turn shape the social influences to which they are subject. The session also considered types of preferences that only arise on the social level – preferences that have thus far been absent from mainstream economics.

George Akerlof (recipient of the 2001 Nobel Prize in Economics and professor at the University of California at Berkeley) presented a paper on “Bread and Bullets,” drawing attention to the power of narratives in shaping economic policy and activity. It may be tempting to view narratives as theories, analogous to those in mainstream economics, but their function is far more fundamental. Narratives enable people to make sense of their social and physical environment, thereby generating the intuitions and concepts on which theories could be built. Narratives function as an informational filter, shaping the data that enters people’s attentional field. Thereby narratives help people ascribe causes to particular events and use the resulting causal chains to predict the future. Narratives motivate people to strive for particular objectives. They ascribe various social roles to diverse people and establish hierarchies of legitimate power. Narratives have moral force. Most importantly, narratives that particular consider legitimate groups are capable of describing and creating identities. Thereby narratives are at the crux of an important reflexive relation between individual decisions (concerning the production and adoption of narratives) and the social influence of the narratives on individual objectives.

Professor Akerlof illustrated these functions by examining the Soviet collectivization of agriculture as an illustration of the tragic economic and social implications from steadfast adherence to an extreme narrative. The Soviet government believed that mechanizing and collectivizing agriculture would improve grain yields. When the resulting grain surpluses failed to materialize, the narrative dictated that blame was placed on the plan’s subjects, not the plan. The deportation and annihilation of many millions of Kulaks followed, along with abject misery for many survivors. Professor Akerlof’s contribution provides profound insight into policy-makers reluctance to change course and the difficulties in curtailing reliance on dangerous economic and social narratives.

Joseph Stiglitz (professor at Columbia University and 2001 Nobel prize winner in economics) presented a survey of important channels whereby individual decisions drive social interactions and are driven by these interactions. A large body of evidence highlights how social forces play a central role in determining what people consume, how much they work, how much they trust others, and even what they believe to be true. These social influences are overlooked in mainstream economic analysis in favor of an atomistic conception of the individual who has fixed tastes, well-anchored expectations. Professor Stiglitz showed how models that ignore the social influences on people’s choices often offer misleading conclusions – particularly regarding the effect of economic policies.

Professor Stiglitz considered the following reflexive interrelations between social influences on individual economic decisions. First, our perceptions, beliefs and values are influenced by those of others, which are often culturally determined. Our beliefs, values and perceptions depend on the social groups with which we identify. Having done so, our outlook influences the groups to which we belong. Thereby contagious swings in beliefs and confidence can arise. In deciding how much to consume or how much vacation to take, people look to their peers when considering their own wants.

Second, we tend to trust others when we believe that they are trustworthy, and we tend to be trustworthy when others trust us. Thereby multiple equilibria can arise; the social cost of switching from a trust to a no-trust equilibrium can be very high. Isolated betrayals of the public trust can push economies into inefficient low-trust equilibria quickly, though building back trust can be difficult.

Finally, Professor Stiglitz considered how preferences are determined by social considerations such as fairness and justice. Much policy debate on inequality, for example, involves attempts to frame alternative policies in terms of “just deserts” versus “exploitation.” People’s individual decisions depend substantially on whether they believe that they have been fairly treated, and these decisions in turn affect the social outcome. Policies designed for self-interested people may reinforce that behavior, and crowd out more cooperative motivations that may have achieved better results. Stiglitz cites as an example the failure of microcredit programs in India, which were set up as for-profit enterprises that failed to engender a sense of obligation for repayment.

Dennis Snower (President of the Kiel institute for the World Economy) and Steven Bosworth (also a researcher at the Kiel Institute) presented a paper coauthored with professor Tania Singer (Director of the Max Planck Institute for Cognitive and Brain Sciences) and funded by the Institute for New Economic Thinking. This paper described a theory of the reflexive interaction between individual motivations and decisions, social interactions and social identities. Their paper starts from the premise that all behavior is motivated, that people have potential access to multiple, discrete motivation systems, and that motivations are activated by a combination of internal dispositions and external stimuli.

Policy interventions can affect the reflexive relation between microeconomic decisions and macro-social forces. Policies that encourage pro-social motivations and policies that promote the frequency of cooperative social interactions can promote wellbeing. These channels of policy effectiveness are quite different from the standard pecuniary incentives that are the focus of mainstream economic analysis.

Herbert Gintis (professor at the Santa Fe Institute), presented a model of collective action seeking to explain why and how people participate in the public sphere. The public sphere comprises the social interactions that create, maintain, and transform the rules of the game that define society itself. The public sphere includes running for office, toppling a government, voting in elections, engaging in political information gathering and exchange, and participating in collective action. Models of rational choice in the private sphere are predicated on the notion that agents treat choices as instrumental in achieving their private ends, be they self-regarding, other-regarding, or dictated by purely moral concerns. Behavior in the public sphere, by contrast, is largely non-instrumental because it is non-consequential: individuals as voters in large elections or participants in large collective actions have a vanishingly small effect on outcomes. For this reason, traditional economic models of individualistic action fail to explain peoples’ behavior in the public sphere.

Professor Gintis extends the rational actor model to the behavior of participants in the public sphere by locating such behavior in a multi-dimensional taxonomy of rational choice. Professor Gintis applies this model to explain why collective action is generally motivated by violations of principles of procedural justice and rarely motivated by the statistical distribution of social outcomes, such as poverty rates, growth rates, or coefficients of social inequality or intergenerational mobility.

These four presentations highlight how departing from the conception of human nature usually employed in economics – the atomistic “homo economicus” – can shed new light on some of today’s most pressing problems. Social forces underlie labor market decisions, views on inequality and climate change, and shape whether economies develop the trust needed to grow. These social forces arise from social interactions in which identities, motivations, and incentives are in reflexive balance. Policy can therefore promote different social contexts that shape patterns of exchange. Because collective action arises from human relations, we must focus just as much on the narratives and notions of procedural fairness that frame public discourse as on the preferences and constraints of individual actors. 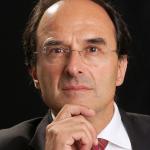