Tania Singer is the Director at the Max Planck Institute (MPI) for Human Cognitive and Brain Sciences in Leipzig since 2010. After receiving her PhD in Psychology at the MPI for Human Development in Berlin, she became a Post-doctoral Fellow at the same institution, at the Wellcome Department of Imaging Neuroscience, and at the Institute of Cognitive Neuroscience in London. In 2006, she went to the University of Zurich as Assistant Professor and later as Inaugural Chair of Social Neuroscience and Neuroeconomics and Co-Director of the Laboratory for Social and Neural Systems Research.

Her research focusses on the behavioral, neural, and hormonal basis of human social cognition and emotions and the motivational underpinnings of economic decision making and cooperation. Tania Singer is the Principal Investigator of the ReSource Project, a longitudinal study that investigates the psychological and neuroscientific effects of compassion and other mental training techniques. Together with Prof. Snower, from the Kiel Institute for the World Economy, she works on the topic of Caring Economics. They investigate how biology and psychology can inform new economic models and decision-making.

Intersections of Psychology and Economics 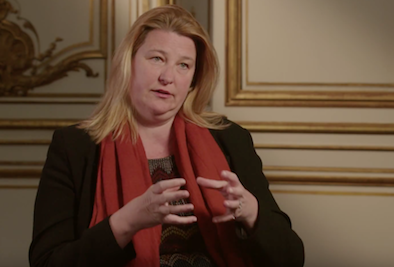 Tania Singer on the key importance of understanding preferences and behavioral change.