Paul Samuelson, Women and the History of Economics (Part 1)

Paul Samuelson was notorious for many things, but also, like Marshall, for spending most of his academic life in the same institution.

However, there were at least three occasions when others tried to have him leave MIT. Tjalling Koopmans, in 1947, tried to convince him to join the Cowles Commission at Chicago and two years later, it was Ted Schultz who begged him to join Chicago’s economics department. Of course, we all know Paul Samuelson rejected these offers and stayed in his home institution. The first time, he mentionned that his decision had been taken after discussing the matter carefully with his wife Marion.

Similarly, in 1957, Samuelson was approached by Gregg Lewis who wanted to know whether MIT would be interested in hiring Gary Becker. According to Lewis, Becker’s decision to leave Chicago was that his wife wanted to be closer to her family on the East Coast.

From this, we can infer that:

1) women have had a much greater impact on the history of economics than we think.

2) the most polite way of refusing a position at the time was to blame it on one’s wife. 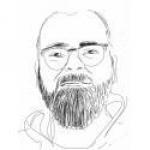