At least the Labour Party has only promised to cut day-to-day spending, not public investment.

The dismal concentration on budget cuts continues to dominate Britain’s general election. In yesterday’s manifesto, Labour promised to ‘cut the deficit’ every year. Ed Balls must know this pledge is economically illiterate. Labour must be clear - it is not the size of the deficit which matters, but its share as a percentage of GDP. Let’s take the pledge in this, its only economically literate sense.

Labour cannot give a promise to ‘cut the deficit’ every year in good faith. The share of deficit in GDP depends on what is happening to GDP, including the effect of the cuts on it.

Suppose the government decided to cut transfer payments by £10bn. The recipients of such payments will have £10bn less to spend. Their reduced spending will mean that shopkeepers, etc., have £10bn less to spend. Suppose, as a consequence, government cuts of £10bn reduce national income by £10.5 billion. The deficit as a share of national income will have gone up despite the cuts.

The same will happen if taxes are raised. Raising taxes may be fairer than cutting transfer payments, but the results will not be very different.

This is illustrative only: the multiplied effects of the cuts may be a bit smaller than given above, and small variations will arise from class differences in the propensity to consume. But the main point holds.

That point is not so hard to grasp: cutting the deficit will cut the national income by more, unless other things are happening to increase total spending. One of them may be that the deficit reduction programme will so increase the confidence of private firms and households that they will spend and invest more than the reductions. Even Labour has not been shameless enough to argue this. Its so-called Budget Responsibility Lock is designed for electoral consumption, not to reassure business and City types.

But Labour has left itself with some wiggle room. It promises to cut only ‘day to day’ spending: there are no pledges on investment spending. Labour has promised to set up a ‘British Investment Bank’ and give more powers to the already-existing Green Investment Bank – but has not said how much money either would have.

It could have done itself a world of good had it promised to increase investment spending by every pound it cut from ‘day-to-day’ spending. But presumably in the present climate that would have been considered too unsound! 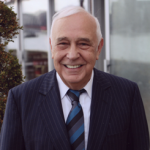